Ron DeSantis Is “Offended” by Biden’s Attempt to Prevent Americans From Dying a Miserable, Preventable Death 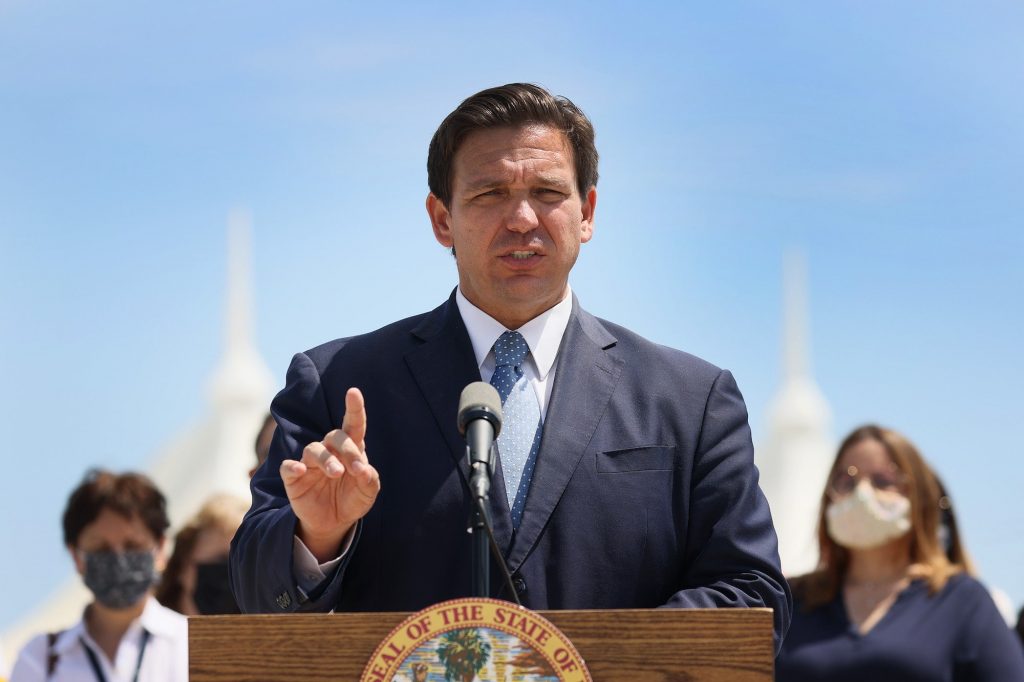 As you’ve likely gleaned by now, there are two groups of people in the U.S.—those who would like the pandemic, now in its 19th month, to end, and are willing to take the necessary steps to get us there, and Republicans. In the latter category, you have everyone from Fox News talking heads to radio conspiracy theorists to elected officials spewing anti-mask, anti-vaccine rhetoric, convincing millions of Americans that their personal freedoms are being taken away when the federal government politely asks them to take a free, lifesaving vaccine, and that, actually, they should take their chances on a horse-dewormer despite 722,000 deaths and counting.

In this regard, one of the number one offenders re: dragging out the pandemic for as long as possible is Ron DeSantis, who apparently thinks being pro-coronavirus will help his possible 2024 White House bid. Having spent the last number of months focusing his efforts on ensuring schoolchildren and their teachers catch the highly contagious virus, by banning districts from implementing their own mask mandates and allowing asymptomatic kids to go to school after being exposed to COVID-19—at least 17 school district employees have died since the beginning of the school year—he’s now turned his efforts to vaccine mandates.

Like most Republican governors—whose states already require multiple doses of various vaccines for people to take part in the rituals of regular life—DeSantis is absolutely incensed by Joe Biden’s vaccine requirements. Despite the fact that Florida has recorded at least 3,617,649 confirmed COVID cases and 57,711 deaths since last year, and, according to the Miami Herald’s review of CDC data, logged an average of 186 deaths and 2,845 cases per day this week, DeSantis believes the best use of his time is to bitch and moan about how mean the president is being and to sue for Floridians to have the right to die an easily preventable death.

Gov. Ron DeSantis has opened a multimillion-dollar battle against vaccine mandates, and on Thursday took the fight to the Biden administration. The GOP governor said Florida will challenge in federal court and through legislation any vaccine mandates placed on employers or others by President Joe Biden. DeSantis’s comments follow those of Texas Republican Gov. Greg Abbott, who earlier this week banned vaccine requirements in his state.

DeSantis has consistently rejected COVID-related restrictions, including vaccine passports, mask mandates, and lockdowns. He has continued a months-long dispute with school districts that defied his order against mask mandates, including docking the salaries of school officials who implement mask requirements without an opt-out policy for parents. That fight has also brought in the Biden administration, which has provided more than $500,000 in financial assistance to school officials.

Florida over the summer was a hotbed for new infections as the delta variant spread through the state. At one point, the state made up about 1 in 5 new coronavirus infections in the nation. Before the summer surge, Florida had the nation’s 27th highest COVID-19 death rate; afterward, the state’s death rate climbed to 10th highest, according to Centers for Disease Control and Prevention data.