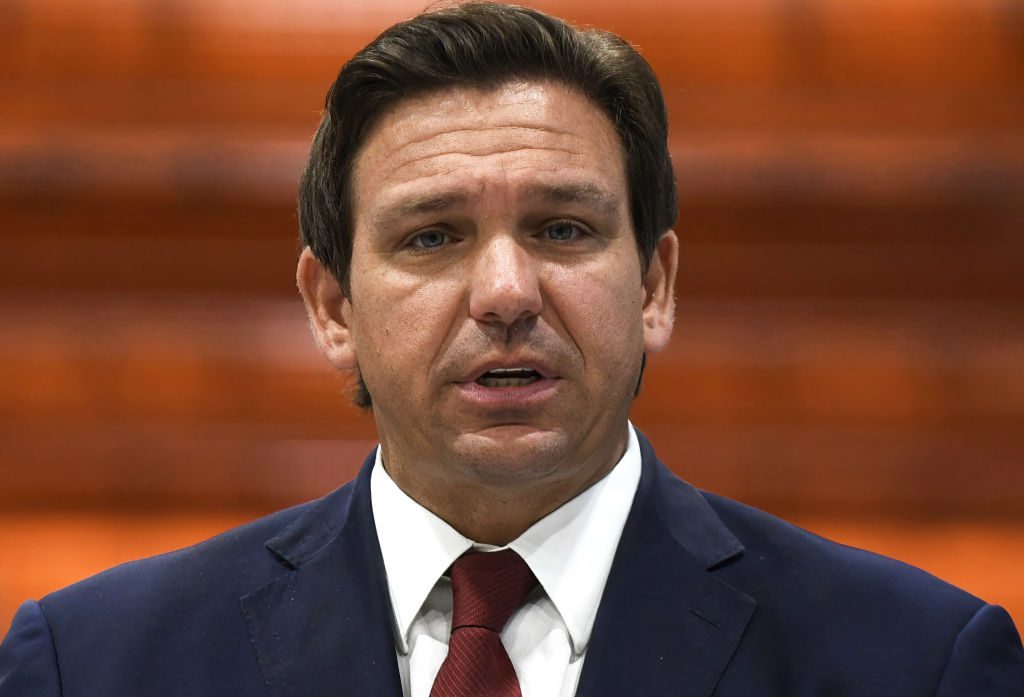 The would-be 2024 contender snuck behind ostensible enemy lines over the weekend. HUNTINGTON BEACH—The sign in the Americana diner is straight, to the point, and as far as insults go, the California ultimate: “Gavin Newsom can’t surf.”

To all that have stayed safely outside the Golden State since the dawn of the pandemic, relying simply on San Francisco stock footage of charmlessly nudist homeless mayhem (at least they’re masked), the scene in Orange County, perhaps most of Southern California generally, is a strange one. Governor Newsom and his Covid-19 clampdown program simply cruised in September’s recall (aided by the rise of Larry Elder, a hard right alternative… or, at least, a candidate that allowed himself to be pilloried as such). If the Trump years were Buchananism on bath salts to the haters, to the disenchanted the Newsom reign has been Faucism on fentanyl, and all too successful.

But you wouldn’t know it here.

Nary a mask in sight, life on the beach is clean and easy, and quiet like a secret—and at the risk of aw-shucks melancholy about some vaguely more honorable time, people say “good morning” here. It’s nice. The only sign of national dysfunction is the front row seat to history: a seven-odd mile queue of shipping vessels visible from my Motor Inn all the way from Long Beach. From the opulent Hyatt Regency resort seven miles further South, ships are still outstretched against a sunset that is salmon-white-and-blue, colors drop-dead gorgeous but somehow short of the full monty, amid the anxiety the country just off the beach has seen some way better days.

It’s here that a man putatively more controversial than anyone this side of Steve Bannon slips behind ostensible enemy lines.

Ronald Dion DeSantis—“Big Ron,” as I’m going to call him, for the gall of his Florida Covid program and the heft of his no-apologies demeanor, and despite his quest to become the first president under a solid six feet in quite some time—slipped into the scene here on Saturday at the Claremont Institute’s annual gala. In some ways, it’s a pitch perfect pairing: both entities are nationally ambitious and on their way up but also nationally under siege. Well, whatever… No one’s really that happy in 2021.

DeSantis is at my table, and he reports, in exact language overheard later at the diner, that he’s come from San Francisco and man, “what a dump.” It might be the only time the man from Tallahassee cracks a legitimate smile. DeSantis is plainly an introvert in something of an extrovert’s game, but what he lacks in cheshire charm he makes up with a record of making decisions, if only from an impatient temperament in a country that’s grown gnawingly accustomed to not getting things done.

DeSantis will always be an alumnus of George W. Bush’s fraternity at Yale College, but at the bare minimum, he seems to “know what time it is”—as seems to be the common refrain of the crowd on this night. Things. Are. Bad. Or as translated into politician speak, “We cannot go back to the failed Republican establishment of yesteryear,” the rising star intones. And in Thielian language, he reminds, “There is no substitute for courage.”

Charmingly, DeSantis talked little of his state’s most famous resident. “Donald Trump used online very well,” the governor concluded to the crowd. Clooney-cold takes like this—the world-famous actor concluded recently that the 45th president was a “knucklehead”—are why they pay Big Ron the big bucks.

In all seriousness, DeSantis on the national stage means a man who means business and knows some insider history not yet brought to light. He tells the table the much-maligned “15 days to slow the spread” swiftly became 15 days to distrust Anthony Fauci by late March 2020. He hints, but does not declare, that a President DeSantis might have taken a different tact. Well, we know a Governor DeSantis did just that.

By late 2021, the Florida governor stands accused of being a mobster on both ends: that he streamlined vaccine access in February, and that he fought vaccine mandates in October. More than anything, DeSantis is in some ways an introvert’s mirror image of Trump—at least, in his capacity to declare bleedingly obvious but usually unstated truths. “If you get a vaccine… you’re immune” from the worst case with Covid, DeSantis said in April. “So act immune.”

What’s not clear is whether DeSantis is acting as if he’s immune politically.

Trump and the ghosts of 2020 loom. Trump counselor John C. Eastman, much maligned in the press in recent weeks, was feted quietly but openly here. It’s clear that questions about the legitimacy of the last election are legitimate here.

Whatever one thinks of that, and the prospects of the much-heralded “Trumpism without Trump,” it’s clear there are still those who would make a play for the opera bouffe and far more heinous “Trump without Trumpism.” The Schlapp couple, former White House comms matron Mercedes Schlapp and current American Conservative Union head Matt Schlapp told Axios Sunday night that Trump is more likely than not running again—and that will work better than last time because…why? Like when this queue to Long Beach will clear up: It’s unclear.

But on a genuinely fun night in the land of no humidity and no Covid insanity, one could squint past the shipping containers and through the magenta majesty and see something like a better future. Maybe one that surfs.

Curt Mills is a contributing editor at The American Conservative, where he previously served as senior reporter. He specializes in foreign policy and campaign coverage and has worked at The National Interest, U.S. News and World Report, Washington Examiner, and the Spectator, and his work has appeared in UnHerd and Newsweek. He was a 2018-2019 Robert Novak Journalism fellow.