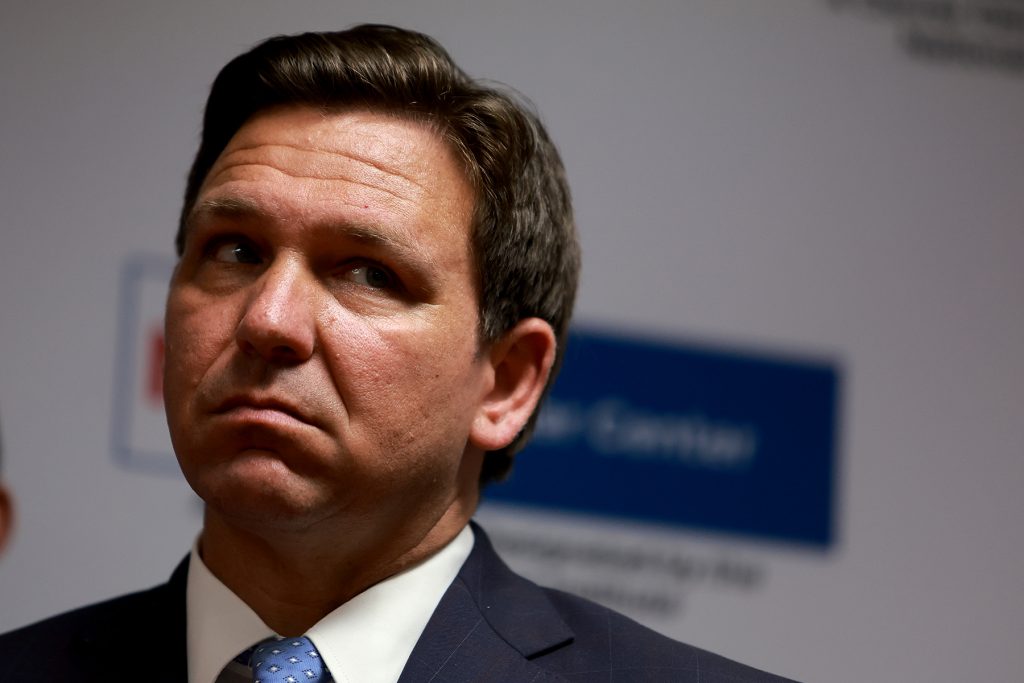 Florida Gov. Ron Desantis and his administration have used their authority to essentially punish organizations he deems to be insufficiently conservative. One of their latest targets is the Special Olympics. Jay O’Brien of ABC News reported on Friday that the governor threatened to levy an eight-figure fine against the Special Olympics if it didn’t drop its Covid-19 vaccine requirement for its games in Orlando this weekend.

The Special Olympics backed off its vaccine requirement hours later, saying in a statement, “We don’t want to fight. We want to play.”

A letter from the Florida Department of Health dated June 2 threatened to assess the Special Olympics a $27.5 million fine due to “5,500 violations” of state law prohibiting business entities (including charitable organizations) from requiring individuals to show proof of vaccination. The applicable fine per person under this law is $5,000.

Florida said the vaccine rule conflicted with state law, and disqualified Special Olympics athletes from competing based on their vaccine status.

State said they heard from athletes and families of athletes who complained.

DeSantis, who was named an honorary co-chair of the Special Olympics last February, claimed during a Friday press conference that the organization’s coerced decision “will be a relief to a lot of the athletes.” DeSantis also criticized what he called “anti-scientific” guidelines regarding the pandemic issued by the Centers for Disease Control, when he himself has made claims that conflict with peer-reviewed research.

This move by DeSantis comes the same week he vetoed $35 million in funding for a spring training facility for the Tampa Bay Rays. That organization recently spoke out against gun violence in the aftermath of the Buffalo, New York, grocery store shooting and the Uvalde, Texas, elementary school shooting.

“The Rays organization stands committed to actionable change and has made a $50,000 commitment to Everytown for Gun Safety’s Support Fund,” read a May 26 statement posted on the team’s Twitter account. “Everytown is the largest gun violence prevention organization in America. Rather than our usual game coverage on social media tonight, we’ve partnered with Everytown to amplify facts about gun violence in America.”

DeSantis has also taken aim at what he called the “woke” Disney corporation, stripping Disney World of its self-governing privileges after it voiced opposition to Florida’s “Don’t Say Gay” bill, which DeSantis signed into law in March. Republicans in Congress and friendly voices in conservative media helped push the legislation, which prohibits teachers in kindergarten through third grade from discussing gender identity or sexual orientation with students, despite studies showing that LGBTQ children face higher health and suicide risks.