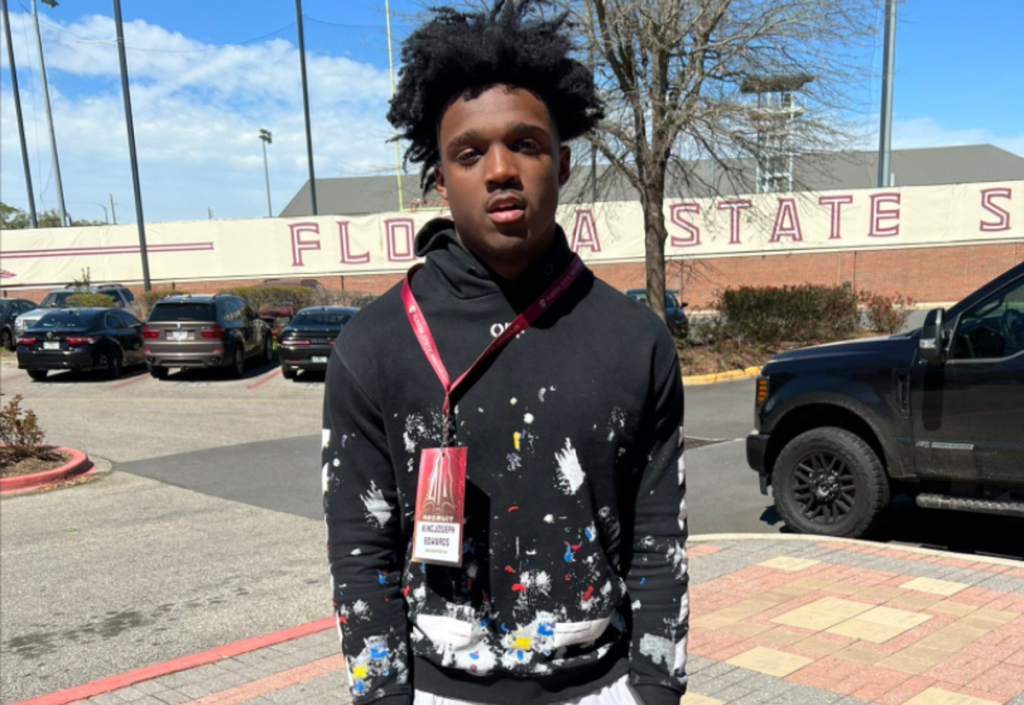 Edwards settled in throughout his first visit to Tallahassee.

Florida State has hosted a lot of talent in Tallahassee over the first few months of the offseason. This weekend was no different as multiple top players from the 2023, 2024, and 2025 classes were on campus to build relationships with the coaching staff.

2024 defensive end KingJoseph Edwards is regarded as one of the best players in his respective recruiting class. His visit on Saturday was the first time that he had ever been to Florida State.

“It was very exciting,” Edwards said. “Got to see the campus and got to talk to plenty of the coaches.”

When he arrived, Edwards was personally greeted by head coach Mike Norvell and Director of Player Relations, Kenyatta Watson. It was a moment that surprised him.

While on campus, one aspect that he learned more about was the history of Florida State. The history, coupled with spending ample time with the staff, were some things that stood out to Edwards.

“The history behind Florida State and the coaches,” Edwards said. “They’re very personable and I like talking to them.”

“I was very comfortable around them,” Edwards continued. “They talk to me a lot and I got settled personally.”

The Georgia native has a relationship with coach Watson that dates back to when he was in middle school. Now a rising junior, Edwards enjoyed reconnecting with Watson in person this weekend.

“I’ve known him for a very long time, probably since middle school,” Edwards said. “So him being here was kind of like a flashback to old times and seeing him again.”

The Seminoles are high on his list after just one trip to Tallahassee. Edwards is looking forward to continuing to build better relationships with coach Norvell and defensive coordinator Adam Fuller.

“They’re pretty high,” Edwards said.” I like it a lot around here. It’s chill, not too much to do but not nothing to do at all so I like it.”

Edwards will return to Florida State for the spring game on April 9. He’s a touted tight end prospect too but the Seminoles like him at defensive end.

Stick with NoleGameday for more on Edwards throughout his upcoming junior season.