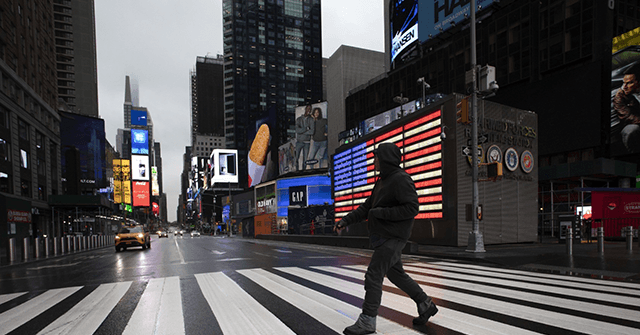 The top 15 cities to experience the greatest population growth by percentage from 2020 to 2021 were in Texas, Arizona, Florida, Idaho, and Tennessee, Axios reported Monday.

“The U.S. is spreading out, heading South and West and creating new boomtowns, tech hubs and rising power centers,” according to the report.

Analyzing new data from the U.S. Census Bureau, the outlet found that Georgetown, Texas, had the most growth between July 2020 to July 2021 at 10.5 percent, “a rate that would double the population in less than seven years.”

Most of the cities on the list either strongly lean Republican or have a more purple voter demographic. In stark contrast, U.S. Census Bureau population estimates show Democrat-run Chicago, Los Angeles, and New York City leading the way in urban residential decline.

While San Francisco is not one of the nation’s ten largest cities, almost 55,000 residents left that Democrat-run city, or 6.3 percent of its 2020 population, the highest percentage of any U.S. city.

Out of the ten largest cities in the U.S., San Antonio, Texas, and Phoenix, Arizona were the only two to gain more residents, at about 13,000 people each — less than one percent of their total populations, according to 2021 estimates.

Simon Kent contributed to this report.