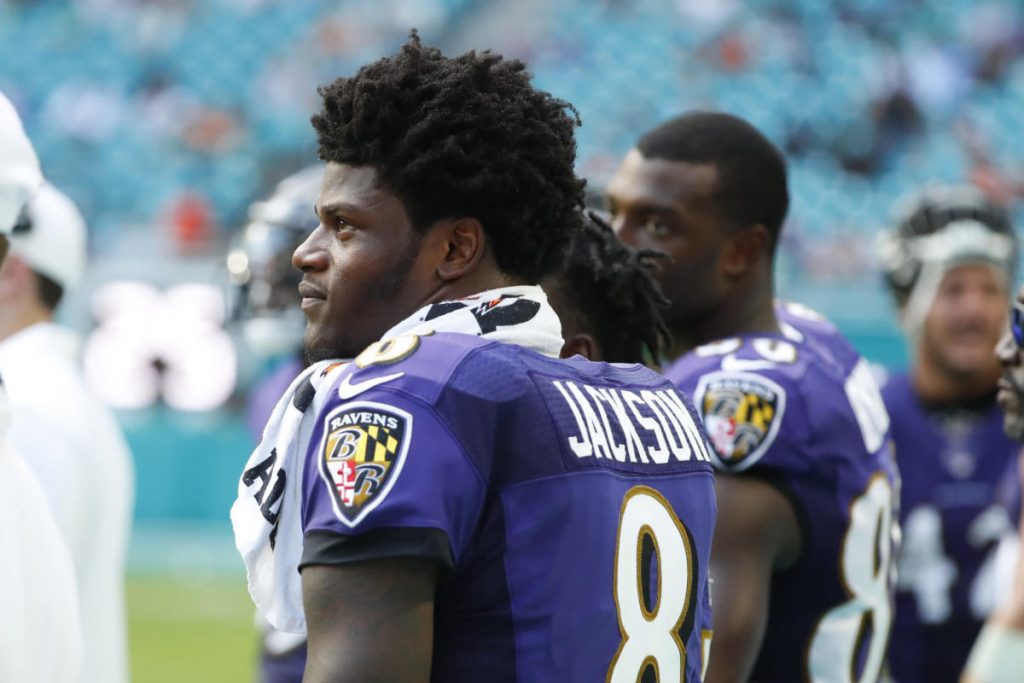 The Baltimore Ravens will travel to Miami to take on the Dolphins in Week 10 of the 2021 season. It will be Baltimore’s first time back in South Florida since 2019, where the Ravens demolished the Dolphins by the final score of 59-10.

For a few of Baltimore’s players, the return to Miami will be a homecoming as they grew up around the area. One of those that have a connection to the South Florida area is quarterback Lamar Jackson. When the fourth-year signal caller was asked about how much pride he takes in going back to South Florida knowing that a lot of successful football players have come fro there, Jackson explained his connection to his home, saying it means a lot to not only him, but the other guys from the area on the team.

“A lot. We have guys here on this team from South Florida – not just myself. It means a lot, because we know what we’ve faced down there. We know what we’ve seen, [and] we know how it is down there. We like to put on for where we come from and let other guys and little kids see us and have them wanting to do the same things we’re doing in a positive way.”

Jackson grew up in Pompano Beach, and has been very active in giving back to his community and being an active role model for children not only in the area he grew up in, but around the country and the world. A few of the other players who grew up in South Florida include quarterback Tyler Huntley (Dania) wide receivers Marquise Brown (Hollywood, FL), as well as Sammy Watkins (Fort Myers).

Jackson has talked about where he’s from on countless occasions, showing how much he cares about the place that helped shape who he is today. When he returns to South Florida to play football on Thursday against the Dolphins, he’ll be looking to put on a show for everyone watching.