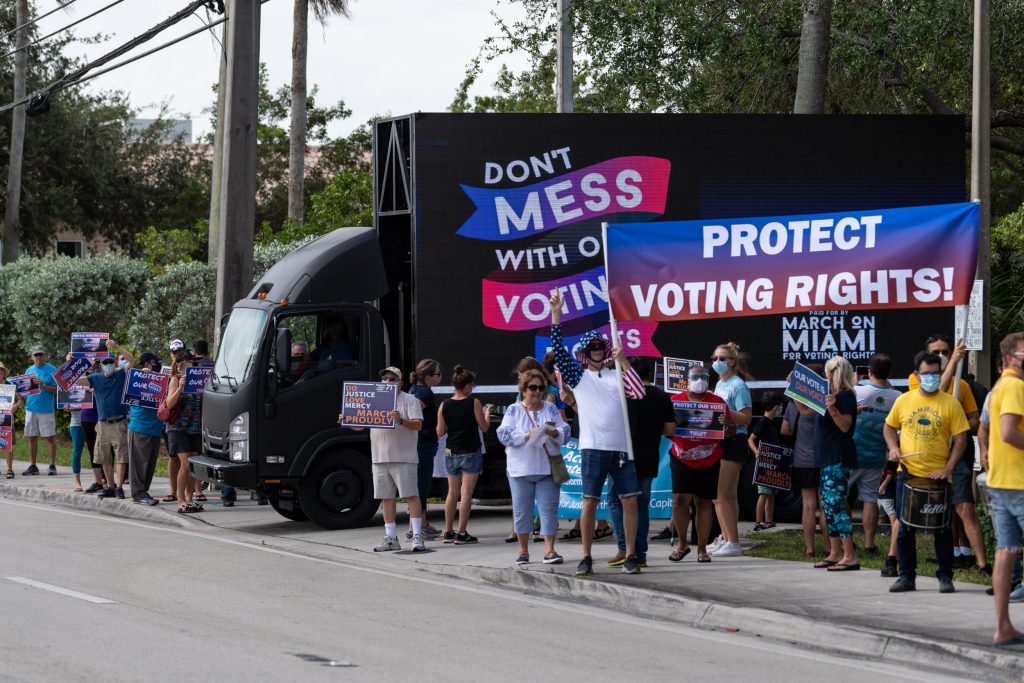 The University of Florida was hit with a federal lawsuit on Friday after the school previously barred three professors from providing expert testimony against a controversial state voting law over fears it would create a conflict with Republican Governor Ron DeSantis‘ administration.

The professors—Dan Smith, Michael McDonald and Sharon Austin—alleged in a court filing that the school violated their First Amendment rights through a policy that led to “stifling of faculty speech against the state,” the Tampa Bay Times reported.

The lawsuit comes despite the University of Florida announcing Friday that it would reverse its earlier decision, allowing the professors to provide testimony as long as they did so on their own time and without using school resources. Nonetheless, the professors moved forward with the litigation after noting that a policy forcing faculty members to disclose all outside activities to the university remains in place, which they argue could cause the school to suppress speech in the future.

The lawsuit was filed in federal court in Gainesville, Florida, against University of Florida President Kent Fuchs, Provost Joe Glover, and the university’s board of trustees. It aims to nullify a school policy that states that any employee activity that “affects, or appears to affect, their professional judgment or obligations to the University” could be seen as a conflict for the school.

“The University’s Policy will continue to impede Plaintiffs from serving as expert witnesses or otherwise lending their analysis or expertise to litigation challenging State policies, in violation of the First Amendment,” the professors claimed in the lawsuit, according to The Times.

The professors are asking the court to declare that policy unlawful, and for the university to be prevented from the enforcement of any rule potentially limiting activities that don’t align with the state’s interests, according to the newspaper.

Last month, the university said that the professors would not be permitted to provide testimony against a new DeSantis-backed voting law because it would be “adverse to the university’s interests as a state of Florida institution.” The legislation, which was signed by the Republican governor in May, is being challenged in court over concerns that it aims to restrict voting access for Black, Latino and disabled residents. The new law limits access to mail-in voting by introducing stricter voter ID requirements, while also placing restrictions on who can pick up and return a voter’s ballot at drop boxes.

The school immediately faced backlash from members of its own faculty and academics across the country for attempting to prevent professors from testifying against the law, prompting it to reverse its decision on Friday.

The University of Florida also said that it will be creating a task force to determine how the school should respond when “employees request approval to serve as expert witnesses in litigation in which their employer, the state of Florida, is a party.”

When reached for comment about the new lawsuit on Saturday, a spokesperson for the University of Florida told Newsweek that the school “does not comment on pending litigation.”