Poll: Most Florida voters don’t want DeSantis to run for president in 2024 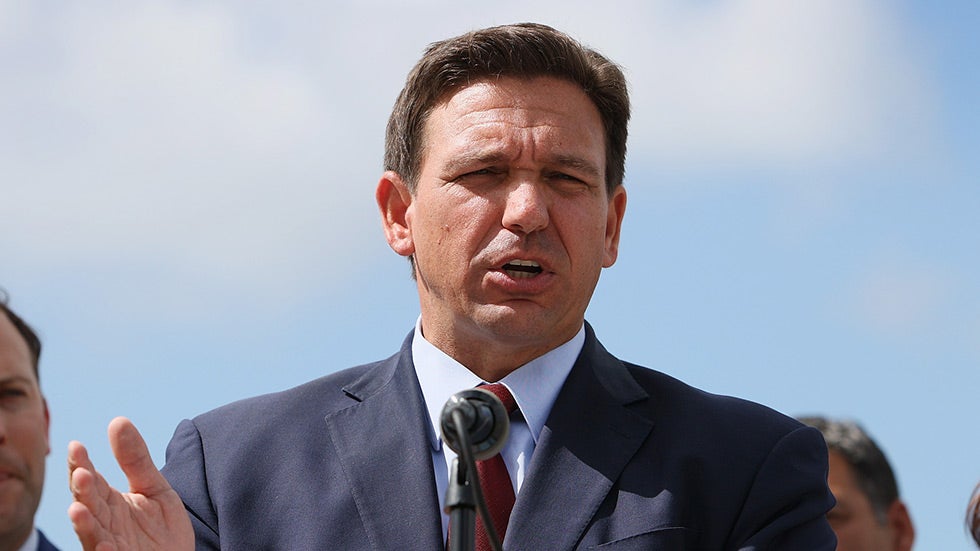 Ron DeSantisMajority of Florida residents support requiring masks in schools Hochul makes New York the 31st state to have had a female governor The Memo: Boos for Trump show scale of vaccine challenge MORE (R) to run for president in 2024, according to a new Quinnipiac University poll released on Wednesday.

Fifty-nine percent of those surveyed said they want their current governor to sit out the next presidential contest, including 61 percent of independents, the poll found. Democrats were overwhelmingly opposed to the idea, with 96 percent saying DeSantis shouldn’t seek his party’s nomination in 2024.

Republicans, however, are more enthusiastic about a potential DeSantis presidential run. Sixty-seven percent of those respondents said they want him to seek the White House next time around, while just 24 percent want to see him forgo a run.

DeSantis, a former congressman who’s expected to seek a second term in the governor’s mansion in 2022, has seen his political star rise among conservatives over the past year as he bucked some of the most stringent policies to curb the spread of COVID-19 in favor of a more laissez-faire approach to the pandemic.

He came in second place behind only Trump in the Conservative Political Action Conference (CPAC) straw poll in Orlando earlier this year and one at a regional CPAC gathering in Dallas.

But as new COVID-19 infections have surged in Florida in recent weeks, DeSantis’s handling of the pandemic has come under new scrutiny.

Several school districts in the state have voted to mandate face masks in classrooms in defiance of an executive order from the governor that sought to make face coverings optional.

At the same time, a growing number of cruise lines have moved to require vaccinations for most passengers despite the DeSantis administration’s efforts to prevent such mandates.

The pandemic appears to have taken a toll on DeSantis’s approval numbers, according to the poll. Forty-seven percent of respondents said they approve of the governor’s job performance, while 45 percent disapprove.

That’s an improvement from July 2020, when his approval rating fell to just 41 percent, but it’s still well below his pre-pandemic high of 59 percent in March 2019, Quinnipiac polling shows.

“Amid a frightening surge in cases, DeSantis weathers withering criticism from critics on his handling of COVID-19,” Tim Malloy, a polling analyst at Quinnipiac University, said. “His numbers have actually improved from a year ago. But he’s still not as popular as he was before the pandemic.”

Florida voters are largely split on DeSantis’s 2022 reelection, with 48 percent saying he deserves a second term in the governor’s mansion and 45 percent saying it’s time for someone new.

Still, there’s a wide partisan divide when it comes to DeSantis’s political future in Florida. Eighty-seven percent of Republicans believe the governor deserves to be reelected, while 90 percent of Democrats say he does not. Among independents, 49 percent say DeSantis should get a second term. Forty-three percent believe he should not.

The Quinnipiac poll surveyed 889 registered voters in Florida from Aug. 17 to 21. It has a margin of sampling error of 3.3 percentage points.