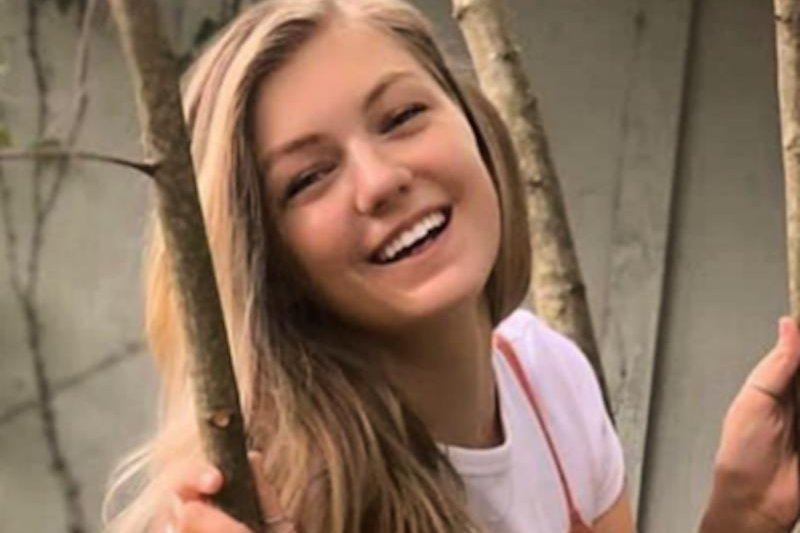 The FBI on Sunday said that human remains, consistent with the description of 22-year-old Gabby Petito were found at a national forest in Wyoming where authorities were searching for her after she disappeared during a cross-country road trip with her fiancé. Photo courtesy FBI

Sept. 19 (UPI) — The FBI said human remains found Sunday at a national forest in Wyoming were “consistent” with the description of a Florida woman who went missing during a cross-country road trip with her fiancé who returned home without her.

Charles Jones, FBI Denver’s supervisory senior resident agent in Wyoming, said the remains matched the description of Gabby Petito, 22, who went missing in the area while traveling with her 23-year-old fiancé Brian Laundrie, who has also been reported missing in Florida.

“Full forensic identification has not been completed to confirm 100% that we found Gabby, but her family has been notified of this discovery,” Jones said during a news conference.

Joseph Petito, who lives in Vero Beach, Fla., posted on Twitter that her daughter “touched the world” with a photo of her posing between angel wings.

Her mom, Nicole Schmidt, and stepfather James Schmidt live in Blue Point on Long Island, N.Y., where she grew up.

In a statement released after the news conference, the FBI’s Denver field office shared a statement offering “heartfelt condolences to Gabby’s family and loved ones.” Police in North Port, Fla., where Gabby lived with Laundrie and his parents, tweeted that they were “saddened and heartbroken to learn that Gabby has been found deceased.”

“Our focus from the start, along with the FBI and national partners, has been to bring her home. We will continue to search with the FBI in the search of more answers,” they wrote.

North Port Police resumed their search for Laundrie after his family said he has not been seen since he departed their home for Carlton Reserve in Sarasota Fla., last Tuesday as police sought to question him about the disappearance of his fiancée.

“A team of more than 50 looking for anything of note after his parents say this is where he went,” police said. “We continue to corroborate all info in the search for him and Gabby.”

Police ended search efforts on Saturday evening due to darkness as they said nothing was found. The search included the use of drones and bloodhounds who had been given articles of Laundrie’s clothing to gather his scent. The FBI’s Denver field office tweeted earlier Sunday that search efforts for Petito on Saturday included ground surveys at the Spread Creek Dispersed Camping Area in coordination with FBI Wyoming Resident Agencies, the National Park Service, U.S. Forest Service, Teton County Sheriff’s Office and Jackson Police Department.

The office has been seeking assistance from anyone camping in the area who may have had contact with Petito or Laundrie or seen the 2012 Ford Transit van they were traveling Aug. 27-30.

“All of Gabby’s family want the world to know that Brian is not missing, he is hiding. Gabby is missing,” Richard Stafford, the attorney for the Petito family, told CNN.

Laundrie has not been charged with a crime, but police designated him as a person of interest on Wednesday, saying he had not provided police with information on the case after he returned to the home the couple shared with his parents without Petito on Sept. 1, 10 days before she was reported missing.

The couple traveled from Florida to New York in the trip documented on Petito’s YouTube channel “NomadicStatik” before they were set to visit national parks out west in July, but Petito’s family said they last heard from her on Aug. 25 when she was believed to have been in Grand Teton National Park in Wyoming.

On Wednesday, police said Petito’s van, which the couple had been traveling in, was recovered at the Laundir family’s home and processed for evidence.

Police in Moab, Utah, on Thursday released body-worn camera footage from an encounter they had Aug. 12 with the couple after conducting a traffic stop. Petito could be seen crying and told officers she had slapped him during an argument over “personal issues” and the two were separated for the night as Laundrie was sent to a hotel room and Petito remained in the van.

Laundrie’s family reported him missing on Friday as police said their attorney reached out to FBI investigators.