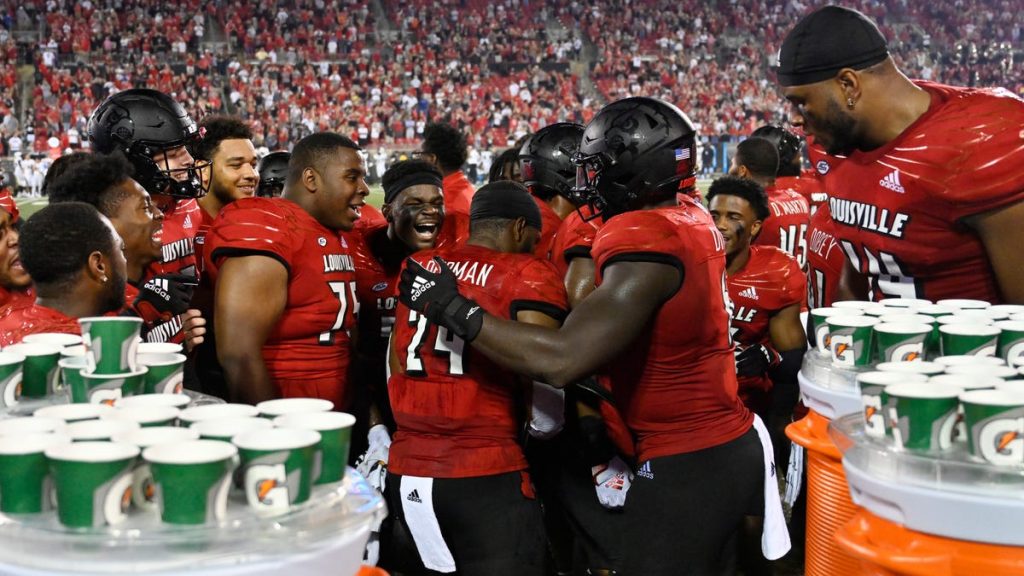 Louisville pulled out a thrilling 42-35 win Friday night against Central Florida after freshman linebacker Jaylin Alderman returned an interception 66 yards for a touchdown with just 13 seconds to go.

Alderman’s interception and return, which came one play after Cardinals quarterback Malik Cunningham threw his own interception at the UCF 46, broke a 35-35 tie and helped Louisville secure its biggest win of the season.

The Knights appeared in good position to potentially end the back-and-forth contest, which featured five ties, in regulation after Cunningham’s pick. But on the ensuing play UCF quarterback Dillon Gabriel’s pass was popped up into the air and Alderman pounced, streaking down the near sideline and into the end zone for the victory.

Here are two big takeaways from the win that improved Louisville to 2-1:

The Cardinals spent the first two weeks of the season hearing about how bad the offense was playing and for good reason: it wasn’t good.

The first two drives against Central Florida weren’t good, either. A turnover on downs and a three-and-out sent flashbacks to the Ole Miss game, but the Cardinals looked like a completely different team after that.

The Cardinals totaled 501 yards and it was a pretty balanced attack. Louisville ran for 191 yards and threw for 310 yards. Quarterback Malik Cunningham completed 23-of-38 passes and found 10 different receivers for a completion. His legs were also a weapon as he ran for 99 yards in the game.

Louisville’s offensive line was much improved, getting a push against the No. 1 rush defense in the country entering this game. The mix of run and pass, with a few quick plays, really opened up things against a Central Florida defense that was much improved from a year ago.

For two weeks fans have been asking, where’s the Louisville offense. The Cardinals showed everything people expected on Friday and left optimism going into the ACC opener against Florida State next Saturday.

Defense bounces back with strong game against talented UCF offense

Louisville’s defense struggled against Ole Miss, giving up 569 total yards, but against UCF it was much better.

The Cardinals gave up 420 total yards and contained the Knights’ passing game led by quarterback Dillon Gabriel. Central Florida came into the game as the No. 2 offense in the country, averaging 622 yards.

Completely shutting down the Knights wasn’t going to be easy, but the Cardinals defense did enough – and in the end even provided the game-winning score.