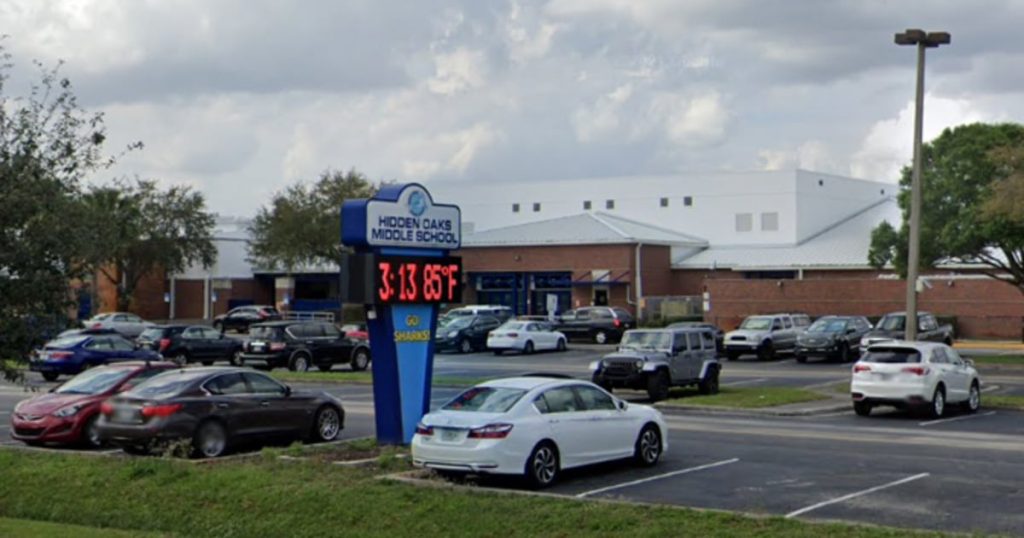 Community members in Palm City, Florida, expressed their anger at a school board meeting Tuesday night after a picture of six middle school students each holding up a letter to spell out a racial slur circulated on social media.

In the photo, each of the students is holding up a 2 foot tall letter. One letter appears to be designed like a watermelon. Another is deep red.

At the school board meeting, a woman who said she has grandkids at the school, Hidden Oaks Middle, said the students involved “should be prosecuted to the fullest extent of the law.”

“The R on the end is blood. How do I know these children were not sitting at home thinking about coming to school with a mass murder on these children,” she said.

She turned her attention to the school board.

“You all will sweep it under the rug. That’s not happening on my watch,” she said. “You’re going to hear it until you get some results. You sit in those seats too damn comfortable for me.”

Another woman noted that the suspect in the deadly shooting last weekend that targeted Black people in Buffalo, New York, had made a threat at his high school.

“Racism is not a mental issue. Keep that in mind, racism is something that is taught, it is embedded in a person,” she told the board.

Millay said in his original statement that the district had launched an investigation into “this disgraceful incident.”

On Thursday, Millay said the district had completed their investigation and determined no staff members were involved in the photo, though the letters were made in a class.

The students involved will be disciplined according to the district’s code of conduct. Millay said federal and state law kept him from identifying any of the students or disclosing the discipline they will receive.

“We are deeply aware of the hurt and pain this photograph has caused our community, especially our Black American residents and students. As we have said previously, this incident is in complete opposition to our values and the ideals that we instill in our students,” Millay said.