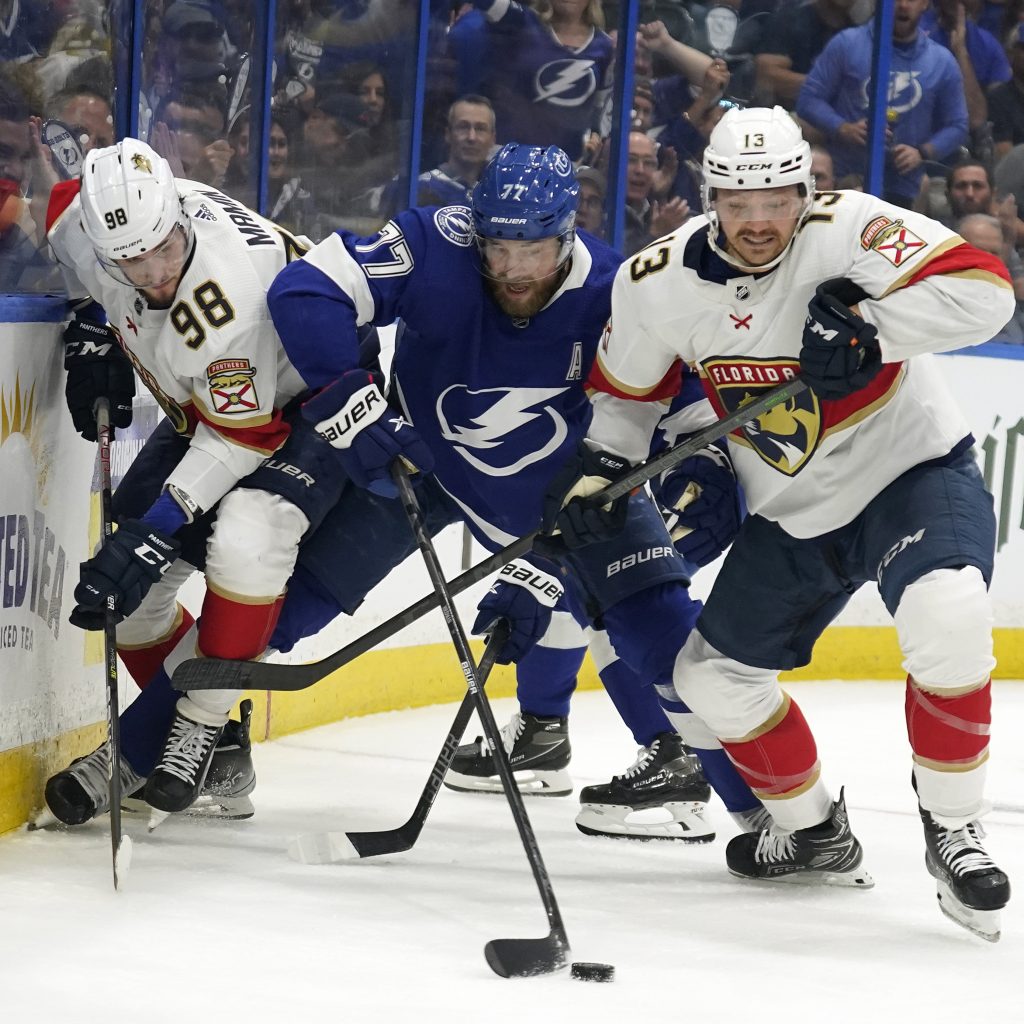 The Florida Panthers were lambasted Sunday on Twitter for a perceived lack of effort in a 5-1 loss to the Tampa Bay Lightning in Game 3 of their second-round playoff series.

Florida looked listless at times in getting outplayed and outworked by the two-time defending Stanley Cup champions, and the Panthers now find themselves in a 3-0 series hole, one loss away from elimination.

The teams were tied 1-1 after one period Sunday, but after the Panthers were unable to beat Lightning goalie Andrei Vasilevskiy in the second period despite a bevy of scoring chances, the Bolts took over.

David Lang of WPLG-TV in Miami offered perhaps the most worrisome and brutally honest assessment of the Panthers’ performance:

This Lightning dismantling of the Panthers feels surgical. It’s like everyone on the ice knows who the better team is. Where’s the fight? Where’s the emotion? It’s as if everyone has just accepted the result. Go down swinging at least

Lang was joined by several observers who made fun of the Panthers’ play and effort level in the playoffs compared to what they did in the regular season en route to winning the Presidents’ Trophy:

Twitter users also questioned why the Panthers have looked so different against the Lightning than they did in the regular season, plus TNT NHL analyst Paul Bissonnette had some strong words regarding Florida’s lack of grit:

How the hell did the Florida Panthers finish with the most points in the NHL???? A team that gives no effort in the playoffs. Almost taken out by the caps and the bolts are toying with them #TBLvsFLA

dom at the athletic @domluszczyszyn

“The Panthers won the Presidents trophy, and they’re not putting bodies on the line. They’re being taken to class by the world champs” @BizNasty2point0 on TNT

Another popular reaction on social media was comparing the Panthers’ uninspired effort to what the Miami Heat have accomplished thus far in the NBA playoffs, reaching the Eastern Conference Finals and going up 2-1 in the series on the Boston Celtics:

Complete opposite of the heat.

This seems to be the difference between the Heat and Panthers. The Heat won’t allow themselves to think anyone is better. https://t.co/gl9y9zCIbX

Despite the fact that the Panthers finished with the best record in the NHL this season and made the playoffs for a third consecutive year, Sportsnet’s Nick Alberga even suggested that a coaching change should be considered:

Andrew Brunette took over as head coach of the Panthers this season after they parted ways with Joel Quenneville in October, and he did a remarkable job in the regular season.

It seems unlikely that the Panthers would fire him after a second-round playoff exit, but it is fair to wonder if a coach like Barry Trotz would be able to get more out of the team.

The season isn’t over quite yet for the Panthers, but given all the Lightning have accomplished in recent years and how thoroughly they have outplayed the Panthers during this series, coming back from a 3-0 deficit seems nearly impossible.