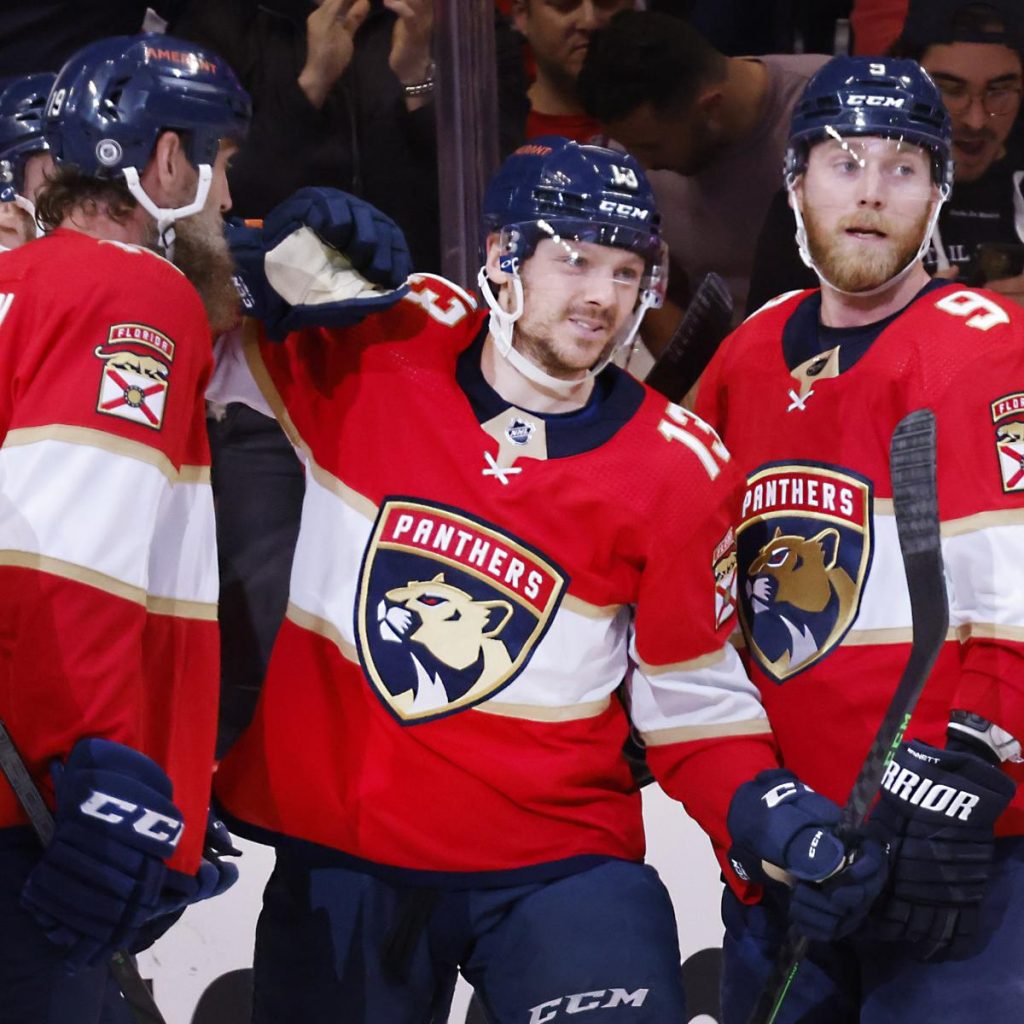 The Florida Panthers were eliminated from the 2022 Stanley Cup playoffs after a 2-0 loss in Game 4 of their second-round series against the Tampa Bay Lightning on Monday.

Florida finished the regular season with the best record in the NHL at 58-18-6 and appeared set to make a deep playoff run for the first time in franchise history. But the team again fell short of the ultimate goal despite spending the last few seasons making significant roster upgrades.

The Panthers have a laundry list of free agents and, at this point, it’s unclear which players the franchise is interested in bringing back for the 2022-23 season and beyond. That said, re-signing Claude Giroux, Ben Chiarot and Mason Marchment would be ideal for Florida.

The team acquired Giroux at the 2021-22 trade deadline from the Philadelphia Flyers, and he has performed well in his short stint with the franchise, tallying three goals and 20 assists in 18 games for Florida.

The 34-year-old was a great veteran presence for the Panthers, and it would be a mistake for the franchise not to attempt to sign him for at least the next few seasons.

The same can be said for Marchment, who had a career year for the Panthers in 2021-22. He had 18 goals and 29 assists for 47 points in 54 games. The 26-year-old has a bright future ahead of him, and the team needs his depth scoring moving forward.

Like Giroux, Chiarot was acquired at the trade deadline from the Montreal Canadiens. He recorded two goals and six assists in 20 games for Florida. It’s unclear if the franchise will have an interest in bringing him back following the return from injury of Aaron Ekblad, but there’s no doubt it should explore the possibility.

The Panthers don’t have a first- or second-round pick in the 2022 draft, so they’ll be looking for some steals in Rounds 3-7.

Here’s a look at the team’s picks in the upcoming draft:

Considering the Panthers have a lot of their own free agents, they will also be exploring the market this summer. And players such as Johnny Gaudreau, Filip Forsberg and P.K. Subban could be targets.

Gaudreau had a career year with the Calgary Flames in 2021-22, tallying 40 goals and 75 assists for 115 points in 82 games. He would be an electric addition to the Florida top six, but he’s expected to receive a massive pay day in free agency, and the Panthers might not be willing to pay him.

Forsberg could be a nice consolation, though. The 27-year-old finished the season with 42 goals and 42 assists for 84 points in 69 games with the Nashville Predators. He’ll receive a hefty contract as well, but it might not be as high as Gaudreau.

Subban, 33, would help solidify the team’s blue line. He recorded five goals and 17 assists in 77 games with the New Jersey Devils last season and is one of the most durable defenders in the league.