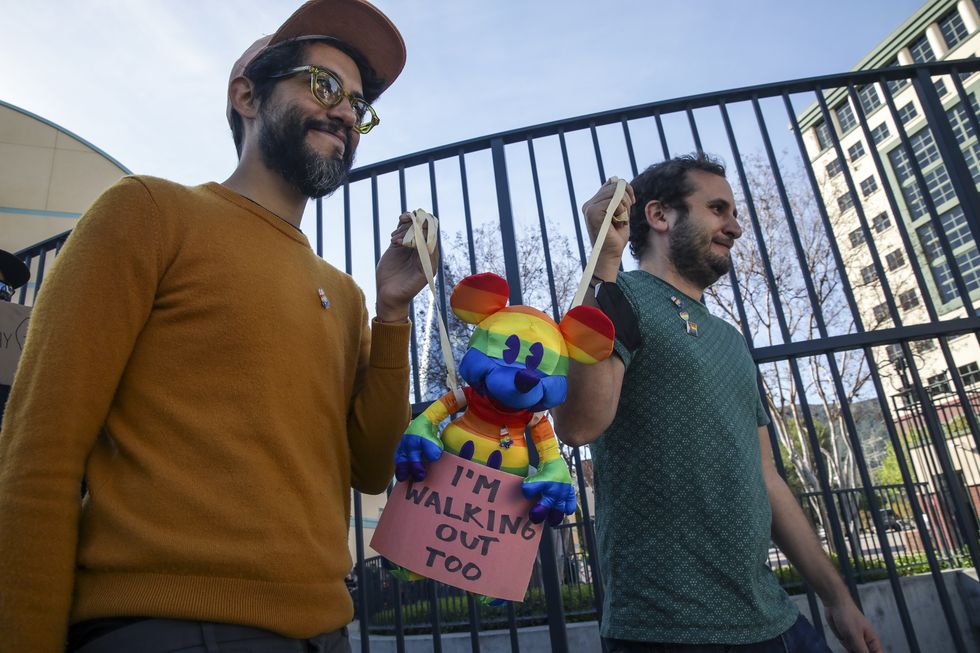 The Disney quotes (finally) keep on coming. Over the weekend, in response to Florida’s hateful “Don’t Say Gay” legislation, members of the Disney family took a hardline stance—as well as put down sizable amount of money—in opposition when Charlee Disney came out as trans and, along with their parents, contributed $500,000 to the cause.

Speaking about their own experience with the controversial bill and why they’re finally speaking up, Charlee said, “I feel like I don’t do very much to help,” in conversation with the Los Angeles Times. “I don’t call senators or take action. I felt like I could be doing more.” On growing up in Florida, they added, “I certainly didn’t have any trans or nonbinary role models. I didn’t see myself reflected in anyone, and that made me feel like there was something wrong with me.” (Though maybe that will change for the next generation via this new call to action.)

Charlee announced at the Human Rights Campaign’s Los Angeles gala last month that they would be contributing a $250,000 matching grant for the organization. This week, Charlee’s parents, Roy and Sheri, doubled that pledge, adding an additional $250,000. Roy noted, along with the donation announcement, “Equality matters deeply to us, especially because our child, Charlee, is transgender and a proud member of the LGBTQ+ community.”

Charlee is the latest in the growing number of high profile opponents of Florida’s “Don’t Say Gay” bill. Celebrities haven’t been shy, and another Disney heir, Abigail Disney, penned an essay for The Washington Post, lambasting the state’s decision.

As for Disney Inc., which is based in the Sunshine State, the company took what many felt was its time in coming out against the bill. And in March, employees voiced dismay when it was revealed that the company had been donating large sums of money to GOP legislators who actually sponsored and supported the passage. After a long silence, Disney eventually paused donations to those legislators.

While it’s great that select members of the Disney family are saying literally anything, the prolonged delay of response feels impossible to ignore. Even still, if I think about an entity that might be able to go toe-to-toe with the state of DeSantis, I am at least a little heartened that the House of Mouse Mickey Mouse seems to have, increasingly, a hold on what’s right.

This content is created and maintained by a third party, and imported onto this page to help users provide their email addresses. You may be able to find more information about this and similar content at piano.io