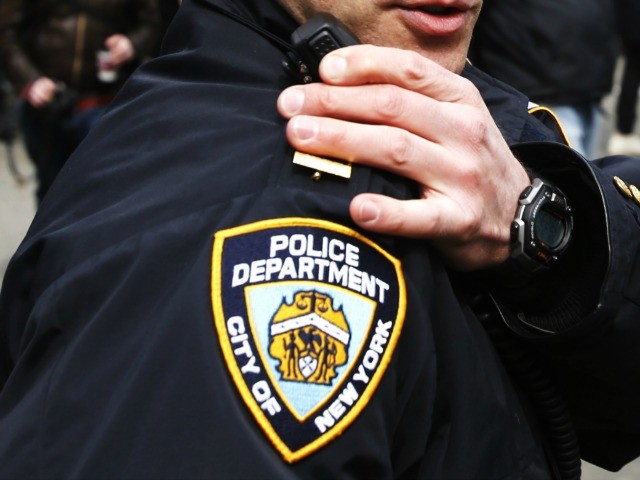 Police officers are leaving the New York City Police Department and joining the police department in Lakeland, Florida, as officers say they are better received in the Florida community.

The New York Post reported that 14 officers have fled the NYPD for the Lakeland Police Department in the past year.

Lakeland embarked on a campaign months ago to recruit NYPD officers through social media. In April, the department sent a group to recruit officers in Times Square, the Post reports.

One officer who made the transition to the Lakeland Police Department spoke of his experience with recruiters in Times Square in a September press conference with Florida Gov. Ron DeSantis (R).

Former NYPD officer Matthew Spoto recalled his conversation with a background investigator at the Times Square meeting and called it “an eye-opener.”

“He said that you could park your police vehicles in front of your house, and to me, I thought that was mind-blowing,” Spoto said, alluding to the difference in community perception of police in both cities. “I used to have to lie about what I used to do. I used to have to tell people I was like a bartender because it was almost like I was ashamed to be a law enforcement officer.”

“I think everybody, regardless of the career that you chose – you want to be appreciated in what you do. It doesn’t matter what job you do,” Spoto went on to say.

The former NYPD officer also stated, “I wanted to all these things to help people” as an NYPD officer, but “the tools and the laws that were set in front of me did not allow me to do so.”

According to New York City’s official website, the starting rate for new officers is a $42,500 yearly salary, while the minimum salary in Lakeland, Florida is $53,000 the Post reports, citing the Lakeland Ledger.

The Post reports a major selling point to NYPD officers during the recruiting trip was that working in Lakeland, Florida, comes without any city or state income taxes.

Patrick Lynch, president of the Police Benevolent Association, spoke with the Post regarding the exodus of officers from the NYPD.

“Many New York City cops are weighing our sub-standard salary against the ever-increasing challenges, scrutiny and abuse, and they’re voting with their feet,” Lynch said.

“They don’t even need to go all the way to Florida. There are many better-paying police departments in and around NYC, and they’re hiring,” Lynch added. “We certainly don’t blame anybody for leaving. But New York City needs to wake up.”

The most recent factor resulting in tensions between officers and the NYPD is Mayor Bill de Blasio’s (D) vaccine mandate for municipal workers, which went into effect on November 1, according to the Post.

On Monday, Gov. DeSantis further solidified the stark contrast between Florida and New York, stating, “Look, no cop, no firefighter, no nurse, nobody should be losing their jobs because of these jabs.”

No police officer, firefighter, nurse or anyone should lose their job because of COVID jabs.

We are going to stand up and protect Floridians’ rights. pic.twitter.com/L2m3WdZ2yX