No. 23 Kentucky earns first win in Lexington over No. 9 Florida since 1986 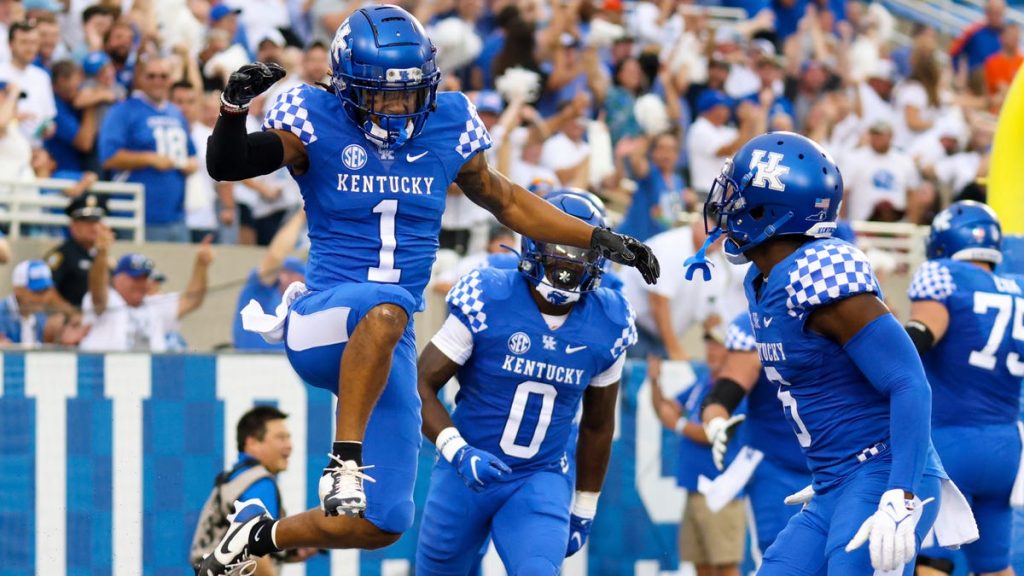 LEXINGTON, Ky. — One week after entering the USA TODAY Sports AFCA Coaches Poll, No. 23 Kentucky upset No. 9 Florida 20-13 to move to 5-0 on the season and 3-0 in Southeastern Conference play.

UK running back Chris Rodriguez rushed for 99 yards and one touchdown on 19 carries, but it was the Wildcats’ defense that carried Kentucky to the win.

Despite surrendering a first down on a face mask penalty after Florida quarterback Emory Jones threw away a third-and-goal pass late in the fourth quarter, Kentucky stopped the Gators on four consecutive plays with a chance to tie the game. Linebacker Jacquez Jones deflected a pass in the end zone on a fourth-down heave with 18 seconds left to preserve the win.

While Mark Stoops and the Wildcats beat Florida in Gainesville in 2018, Saturday’s win marked the Wildcats’ first victory over the Gators in Lexington since 1986. It was only the second win in the last 35 meetings with Florida.

Kentucky had generally played Florida close throughout the Stoops era but frequently came away with only heartbreaking losses to show for its efforts.

The Wildcats lost a three-overtime game in Gainesville that was aided by a missed call on what appeared to be a Florida delay of game in overtime. Florida had won its last three trips to Lexington by a combined 14 points. Kentucky led by double digits in the fourth quarter in two of those games.

The win ensures Kentucky will play for first place in the SEC East in two weeks at Georgia regardless of the outcome of next week’s game against LSU. The Wildcats moved to 5-0 on the season for just the sixth time in program history since World War II.

Kentucky’s stellar defensive showing a week ago in Columbia could have been dismissed as a product of a poor South Carolina team, but there will be no doubts about the quality of competition Saturday.

UK held Florida to a season-low 382 total yards. The Gators had gained at least more than 500 yards in three of their first four games. Florida entered the game ranked third nationally in rushing offense (322.5 yards per game) but ran for just 171 yards against Kentucky.

Sophomore outside linebacker J.J. Weaver set up Kentucky’s fourth-quarter touchdown with an interception. A season-long trend of stepping up after offensive turnovers continued when the Wildcats held Florida to a field-goal attempt after a Will Levis interception in the UK red zone.

He blocked that field-goal attempt with UK trailing 10-7, setting up a 76-yard return for a touchdown from freshman linebacker Trevin Wallace in the biggest play of the game. Paschal, now two years removed from a year of cancer treatments, added seven tackles and 2.5 tackles for loss.

Kentucky’s first sellout crowd since 2019 deserves at least an assist for the win.

Florida was flagged for eight false starts in the game as crowd noise made it difficult to hear the snap count. Five of the false starts came on third down. One came on fourth down midway through the fourth quarter when the Gators appeared to have converted a fourth-and-2 play at the Kentucky 11-yard line. Instead, the penalty forced Florida to settle for a 33-yard field goal that only pulled the Gators within seven points with 6:23 left.