NHL Buzz: Tippett to debut for Flyers after trade 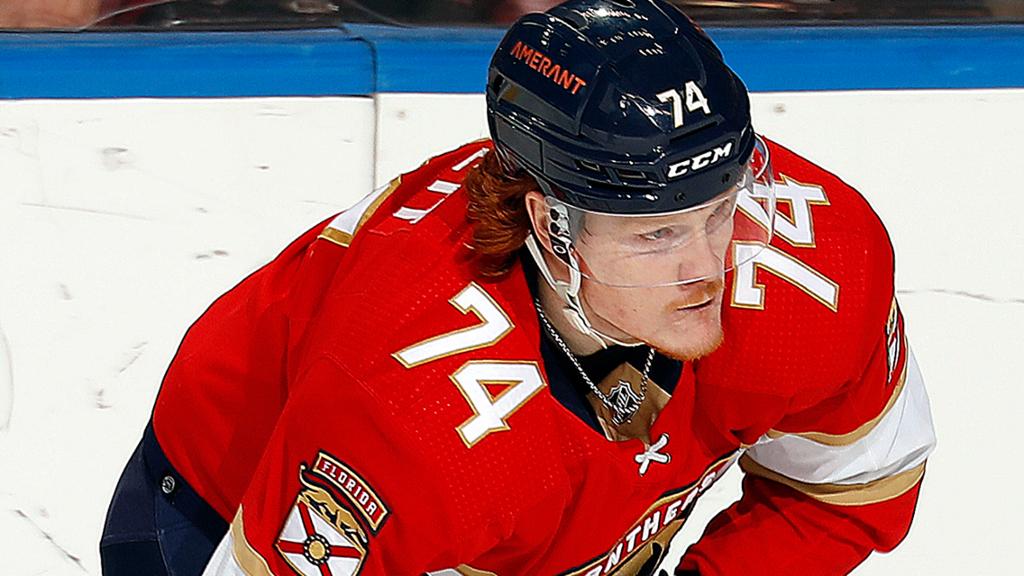 Welcome to the NHL Buzz. Throughout the 2021-22 season, NHL.com will have you covered with the latest news.

Jordan Martinook will be out “at least a couple of weeks” for the Hurricanes with a lower-body injury, coach Rod Brind’Amour said Sunday.

The forward left in the third period of a 3-2 loss to the Toronto Maple Leafs on Thursday; he did not play in a 4-3 shootout loss to the Washington Capitals on Friday.

“It’s definitely worse than we had hoped for on that front,” Brind’Amour said of the injury. “He’ll be back, so that’s good.”

Defenseman Tony DeAngelo returned to the lineup against the New York Rangers on Sunday after missing 11 games with a lower-body injury.

Owen Tippett made his debut for the Flyers in a 2-1 win against the New York Islanders on Sunday.

Tippett played on a line with center Morgan Frost and left wing Oskar Lindblom. He had two shots on goal in 14:38 of ice time.

“When you can jump right into things, it can take your mind off things,” Tippett said after the game. “You’re getting to play another hockey game, although it’s a different team. I think, obviously, like you said, having a practice might have made me think a little more about playing. But jumping right into it was great.”

Tippett has scored 14 points (six goals, eight assists) in 43 games this season. The 23-year-old scored four points (two goals, two assists) in his past 25 games, including one goal in his past nine.

“[The Flyers] were really welcoming. As soon as I walked in the room, I felt welcomed and they were great on the ice, helping me with little plays and where to be, especially Morgan. He’s been great. Just playing on teams before and playing against each other, it’s a great familiar face walking in.”  — Wes Crosby

“He was in today, will not travel,” Bruins coach Bruce Cassidy said Sunday. “So he’s out for Montreal. [Will] be reevaluated later in the week. I’d put him as a possibility [for] the home game Thursday (against the Tampa Bay Lightning), but it’s not for sure.”

Bergeron scored Tuesday in a 2-1 overtime win at the Chicago Blackhawks but did not travel for their game at the Minnesota Wild on Wednesday. Cassidy said the injury was related to a previous arm injury.

“He blocked a shot in Winnipeg (on Friday),” Cassidy said. “So, tried it today and was uncomfortable out there. … “I think he will (travel). I’ve got to go find out. I’m assuming he will come with us, unless they’ve ruled him out which they haven’t told me yet.” — Amalie Benjamin

Mark Friedman agreed to a two-year, $1.55 million contract with the Penguins on Sunday. It has an average annual value of $775,000.

The 26-year-old defenseman could have become an unrestricted free agent after this season.

“Friedman is an impactful defenseman who has strong offensive instincts and plays with an edge,” Penguins general manager Ron Hextall said. “He’s added depth to our defense corps and we are excited to see his continued development over the next two years.”

Hextall selected Friedman in the third round (No. 86) of the 2014 NHL Draft as the Philadelphia Flyers general manager. Pittsburgh claimed Friedman off waivers from Philadelphia on Feb. 24, 2021.

Friedman has played in eight of Pittsburgh’s past 10 games after playing in one game from Nov. 14-Feb. 25. He has scored an NHL career-high five points (one goal, four assists) in 20 games this season.