NFL quarterback Dwayne Haskins killed in South Florida by a dump truck: Here’s what we know 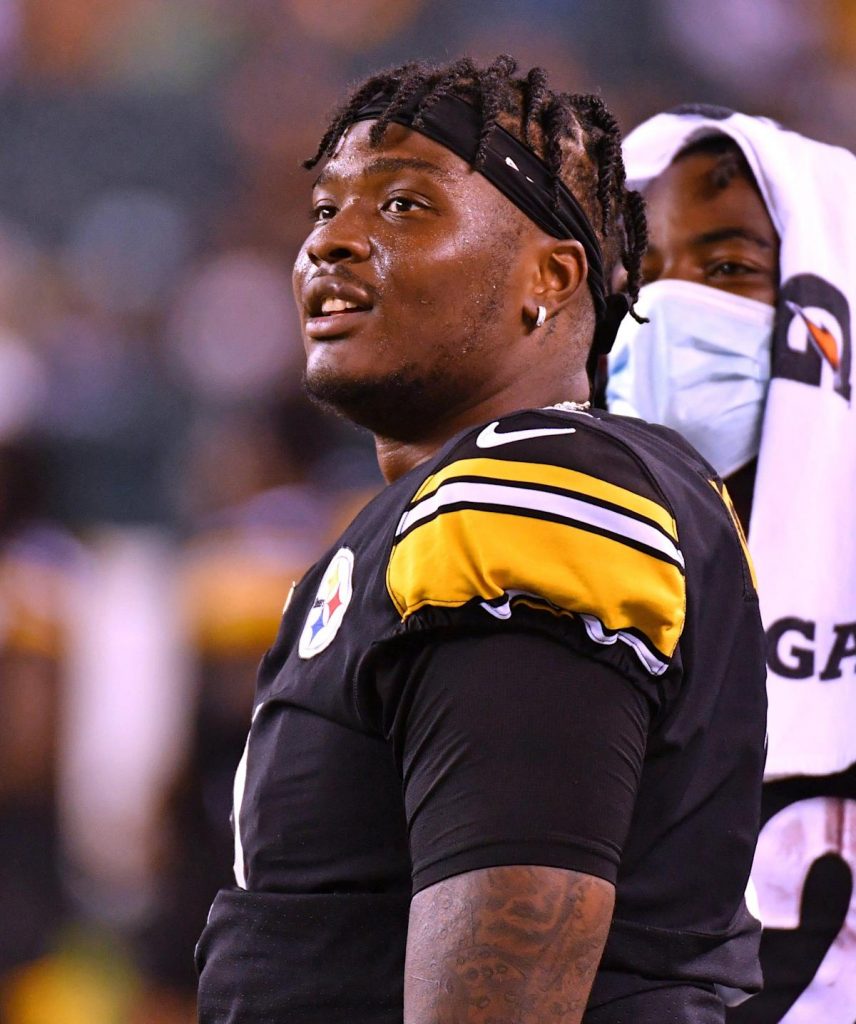 The football world is in shock Saturday after hearing of the death of Dwayne Haskins, a standout college quarterback at Ohio State under head coach Urban Meyer who was drafted at No. 15 overall in the 2019 draft by Washington.

After being released by Washington in 2020, he signed with the Pittsburgh Steelers in 2021 and was third on their depth chart behind Ben Roethlisberger and Mason Rudolph. He was a restricted free agent this offseason, but was tendered by Pittsburgh and expected to have another season with them.

Haskins was 24 years old. Here’s what we know so far.

‘Tell your loved ones that you love them’: Dwayne Haskins’ former teammates, coaches react to his death

More: Steelers quarterback Dwayne Haskins dead at age 24 after being hit by car

Who was Dwayne Haskins?

Dwayne Haskins was a quarterback who in college led the Ohio State Buckeyes to a 2019 Rose Bowl victory. He was considered a frontrunner for that season’s Heisman trophy, which was won by fellow quarterback Kyler Murray.

Haskins was drafted in the first-round of the 2019 NFL draft by Washington. In his first season, he played in nine games (seven as a starter) for the team, throwing seven touchdowns over those games. The next year, he played in seven games for Washington (six as a starter) and threw five touchdowns. He was released that season and picked up by the Pittsburgh Steelers.

How and where did Dwayne Haskins die?

According to reports, Haskins was killed when he was hit by a vehicle in the Fort Lauderdale area.

The Associated Press said Florida Highway Patrol spokeswoman Lt. Indiana Miranda confirmed Haskins was walking on westbound Interstate 595 Saturday morning when he was struck by a dump truck. According to USA Today, FHP said Haskins was walking on a “limited access facility (highway/expressway) for unknown reasons” around 6:37 a.m. when he was hit. Both reports said he was pronounced dead at the scene.

Why was Dwayne Haskins in South Florida?

Haskins was in South Florida to train with other Steelers quarterbacks, wide receivers and running backs at the invitation of new Pittsburgh signal caller Mitch Trubisky, according to reports.

Social media posts from players like Najee Harris, Chase Claypool and Haskins himself show several of them working out in Boca Raton and hanging out in various locations in South Florida.