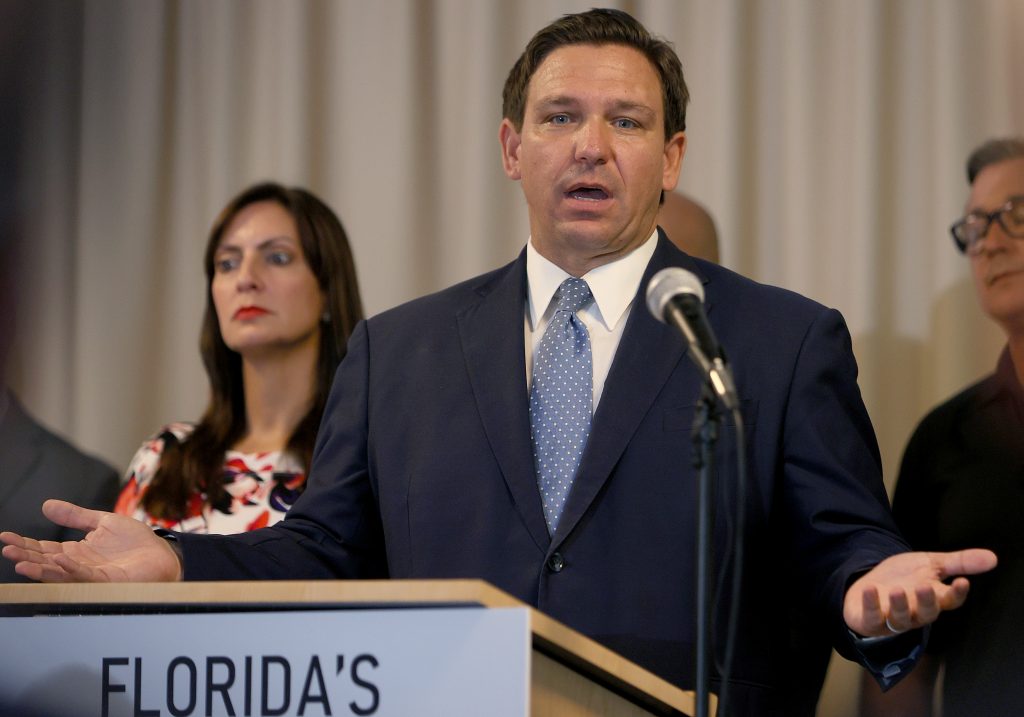 A new MeidasTouch video blasting Florida Governor Ron DeSantis over his response to the pandemic amid a rise in child COVID hospitalizations in his state has been viewed more 760,000 times as of Saturday evening.

DeSantis can be seen in the video saying “I don’t want to hear blip about COVID,” with the footage later cutting to scenes of children hospitalized due to the virus.

In the last few seconds of the video, DeSantis can be heard again saying “I am going to stand in your way,” a comment he said when he was criticizing President Joe Biden for his response to COVID-19. Toward the end of the video, the line “Ron DeSantis doesn’t give a … about your child” appears.

Newsweek contacted the governor’s office for comments and will update this piece with any response.

The video was posted on Friday by the vehemently anti-Trump group MeidasTouch, created by Meiselas brothers Ben, Brett and Jordan in April 2020 as a “next-generation” SuperPAC to “protect democracy against Trumpism” and hold Republicans accountable.

DeSantis signed an executive order in July banning mask mandates in schools. He also prohibited vaccine mandates and other COVID-related restrictions statewide. His decision sparked outrage among some health experts and local leaders, such as Hialeah Mayor Carlos Hernandez, who branded DeSantis as “a dictator.”

Over 50 children on average are being hospitalized due to COVID every day in Florida amid a surge in the highly contagious Delta variant, according to the Centers for Disease Control and Prevention (CDC). On Tuesday, the CDC reported that 55 children as young as infants and as old as 17 years old were hospitalized each day during the period between August 7 and August 13.

In July, MeidasTouch flew a plane over a Trump rally in Sarasota, Florida, with a sign reading “loser-palooza.”

A month earlier, it created an ad in June featuring law enforcement officers describing the events that unfolded during the January 6 Capitol riot. The commercial was blocked by Fox News but posted on Twitter.

A recent petition calling for the recall of DeSantis has rapidly gained signatures, and polling earlier this month showed his approval rating dropping as the Delta variant surged across the state.