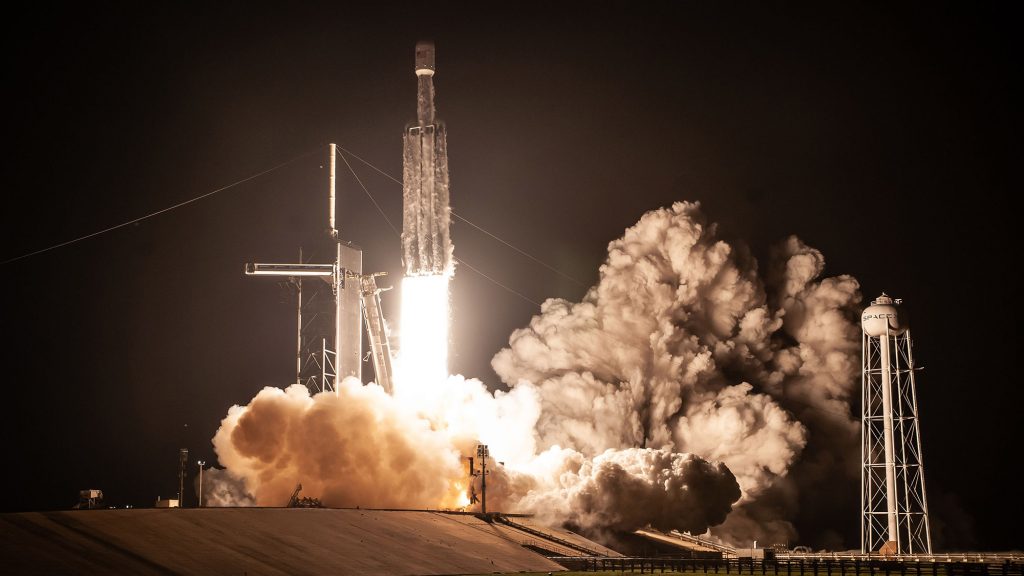 A SpaceX Falcon Heavy rocket launches the STP-2 mission for the U.S. Department of Defense on June 25, 2019.
(Image credit: SpaceX)

NASA has picked Falcon Heavy to launch the Geostationary Operational Environmental Satellite-U (GOES-U), with a planned liftoff in April 2024 from Kennedy Space Center in Florida, agency officials announced on Friday (Sept. 10). The total launch cost for NASA will be about $152.5 million, they added.

“GOES-U will provide advanced imagery and atmospheric measurements of Earth’s weather, oceans and environment, as well as real-time mapping of total lightning activity and improved monitoring of solar activity and space weather.” NASA officials said in a statement Friday.

GOES-U will be the fourth and final spacecraft in the GOES-R series, a collaboration between NASA and the U.S. National Oceanic and Atmospheric Administration (NOAA). These highly capable weather satellites, which are operated by NOAA, eye Earth from geostationary orbit, 22,236 miles (35,785 kilometers) above the planet’s surface.

Falcon Heavy has just three liftoffs under its belt to date, but it’s poised to get quite a workout in the near future. The powerful rocket is scheduled to launch two classified missions for the U.S. Space Force over the next few months, for example. It will also loft, among other payloads, NASA’s Psyche asteroid probe in August 2022, the agency’s Europa Clipper mission in October 2024 and the first big piece of NASA’s Gateway moon-orbiting space station in November 2024.

And we can now add GOES-U to the docket as well.

SPACE.COM SENIOR SPACE WRITER — Michael has been writing for Space.com since 2010. His book about the search for alien life, “Out There,” was published on Nov. 13, 2018. Before becoming a science writer, Michael worked as a herpetologist and wildlife biologist. He has a Ph.D. in evolutionary biology from the University of Sydney, Australia, a bachelor’s degree from the University of Arizona, and a graduate certificate in science writing from the University of California, Santa Cruz. To find out what his latest project is, you can follow Michael on Twitter.