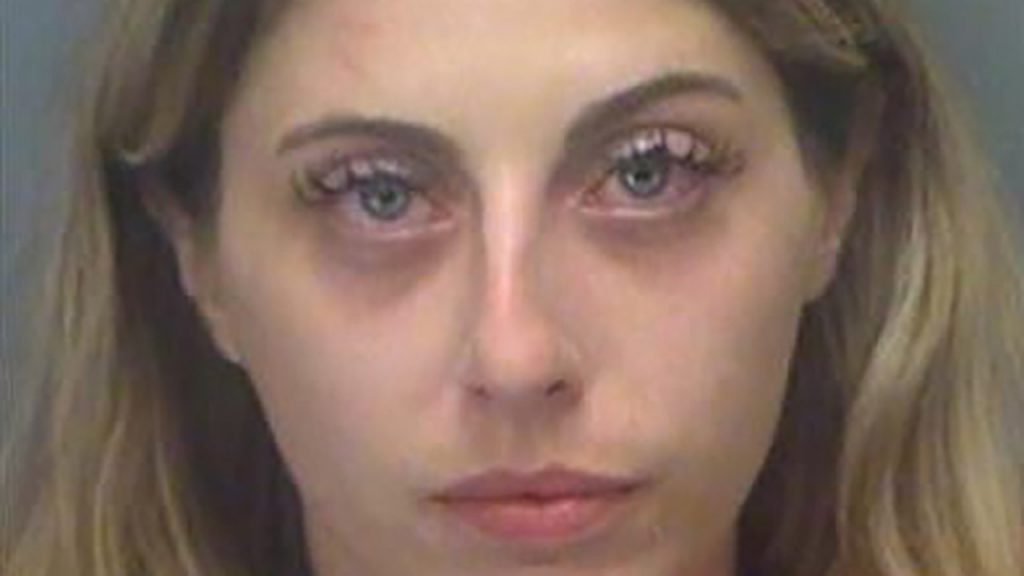 A tense standoff between Florida authorities and an armed suspect became even more dangerous over the weekend when a naked 28-year-old woman suddenly drove into the crime scene on a golf cart, according to reports.

The woman, identified as Jessica Smith, from Boston, had “a distinct odor of an alcoholic beverage coming from her person, and she was completely nude,” an affidavit of the incident said, according to FOX 13 of Tampa Bay.

At the time, police in Dunedin had several Pinellas County sheriff’s office vehicles parked around the crime scene, the station reported. Smith allegedly drove past the law enforcement vehicles and into the area where authorities were confronting an armed 18-year-old suspect in what turned out to be a six-hour standoff, the report said.

MOTIVE FOR FLORIDA FAMILY’S MASSACRE MAY NEVER BE KNOWN

Smith allegedly ignored officers’ demands that she leave the area, then later refused to get out of the golf cart when officers approached to arrest her. Sheriff’s deputies then pulled her from the cart and handcuffed her, the report said.

“The defendant’s actions and inability to follow directions put multiple deputies at risk for potentially getting shot at,” investigators wrote in the affidavit, according to FOX 13.

Authorities said Smith had no connection to the armed suspect, WFLA-TV of Tampa reported. Smith was charged with resisting an officer without violence, the report said.

The armed suspect was identified as Myles Abbott. He had allegedly fired a gun at people in the area, ran from responding deputies and climbed onto the roof of the house where the standoff occurred, FOX 13 reported.

Abbott was charged with loitering and prowling, aggravated assault against a law enforcement officer, weapons charges and resisting an officer without violence, according to the Pinellas County Sheriff’s Office.

He also faced a warrant for vehicular homicide, the statement said.

Anderson was charged with grand theft of a firearm, carrying a concealed firearm and felon in possession of a firearm, the statement said.

The juvenile also faced weapons charges, according to the statement.