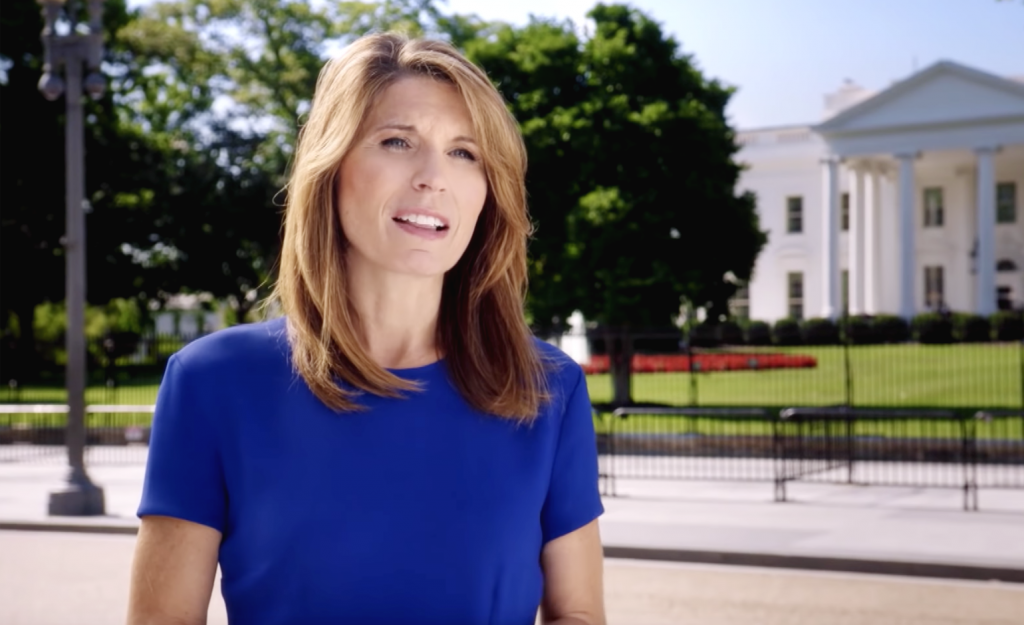 Wallace, who had a career in Republican politics as the White House communications director under President George W. Bush, said during a segment on her show Friday that DeSantis is more focused on shoring up his national appeal as a 2024 presidential candidate than catering to the needs of his constituents during a health crisis.

She alluded to a Tampa Bay Times report on how the Republican governor is in high demand on Fox News at a time when new COVID-19 cases spike in the Sunshine State and DeSantis wars with parents over an order preventing schools from requiring masks. Wallace blamed former President Donald Trump for making masks “toxic and political” and said since Trump has left office, DeSantis has taken up the mantle of making a personal freedom “argument” tantamount at the expense of actions that could save lives.

“Your peacock of a governor made his way on to Fox News and is, you know, showing off his pretty feathers as people and kids are dropping dead in his state,” she told a panel that included former Florida Rep. David Jolly, who left the Republican Party during the Trump administration.

“You know, it is the biggest scandal in the country what that governor is doing, and he still finds safe harbor on Fox News in prime time,” Wallace continued. “What is happening?”

CLICK HERE TO READ MORE FROM THE WASHINGTON EXAMINER

Jolly, now chairman of the Serve America Movement, made the case DeSantis is an “abject failure” when it comes to being “the custodian of the state’s public health.”

Wallace made the case DeSantis is the center of the most significant scandal in the United States during a week in which chaos in Afghanistan and President Joe Biden’s handling of the fallout from the U.S. military withdrawal has ensnared the world’s attention and media this week.