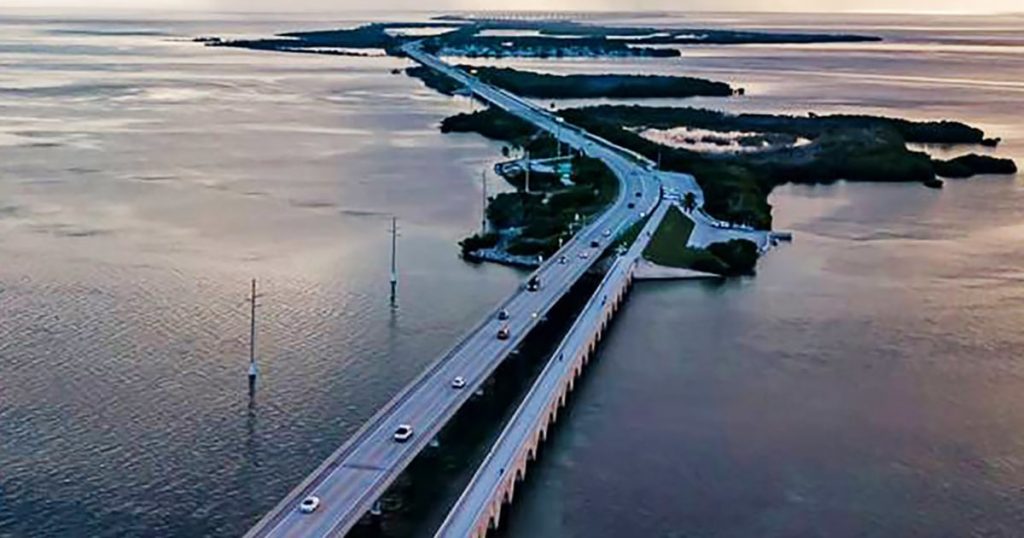 A woman was killed and two children were injured when their parasail slammed into a bridge in the Florida Keys after the captain cut the line tethering them to a boat, officials said.

The incident happened Monday around 5:30 p.m. when Supraja Alaparthi, 33, was parasailing with her son, Sriakshith Alaparthi, 10, and nephew, Vishant Sadda, 9.

The Florida Fish and Wildlife Conservation Commission said in an incident report that the wind began to pick up, causing the parasail to peg. That means the parasail was being controlled by wind gusts instead of the vessel’s captain, which could impede “the safe operation of the vessel.”

After the parasail was pegged, the captain, Daniel Couch, “cut the line tethered to three victims,” the report states.

Mark McCulloh, who founded the Parasail Safety Council and pushed to strengthen industry laws, said the line should have never been cut.

“I know exactly what that captain was feeling but you never cut the boat line, no way. I would never train somebody to do that. That’s their lifeline,” he said in a phone call on Wednesday.

Alaparthi and the children dropped from an unknown height into the water and were dragged through the surface of the water by the inflated parasail, the commission said. The parasail then hit the old Seven Mile Bridge west of Marathon.

Multiple agencies, including the U.S. Coast Guard, responded. A good Samaritan assisted with getting the woman and children out of the water and took them to the Sunset Grill Marina where they were met by EMS, the Coast Guard said in a news release. The agency did not name the good Samaritan.

The mother was pronounced dead at the scene and the children were taken to the hospital. Sriakshith had minimal injuries and Vishant was transferred to a hospital in Miami for additional treatment.

The family, from Schaumburg, Illinois, was in the Florida Keys on vacation.

“Our condolences are with the family and loved ones of those affected by Monday’s accident,” said Coast Guard Sector Key West commander, Capt. Jason Ingram, in a statement.”This was a tragedy for a family seeking to enjoy their visit to the Florida Keys.”

McCulloh, the parasail expert, said he has been in situations similar to the one the captain found himself in on Monday.

“It’s happened to me too many times and I’ve got caught in weather like that,” he said. “I waited for the storm to pass.”

“I would rather wait out the storm, even if it scares the hell out of the passengers. I would rather have them come and yell at me for being an idiot than what’s happened here,” he continued. “Even if I was being dragged backward or had a hard time … I would just wait until the wind dies down.”

The family used Lighthouse Parasail for their Memorial Day excursion. No one answered a number listed for the company. Couch as well as co-owners Jacquelin and Alex Winter could not be reached on Wednesday.