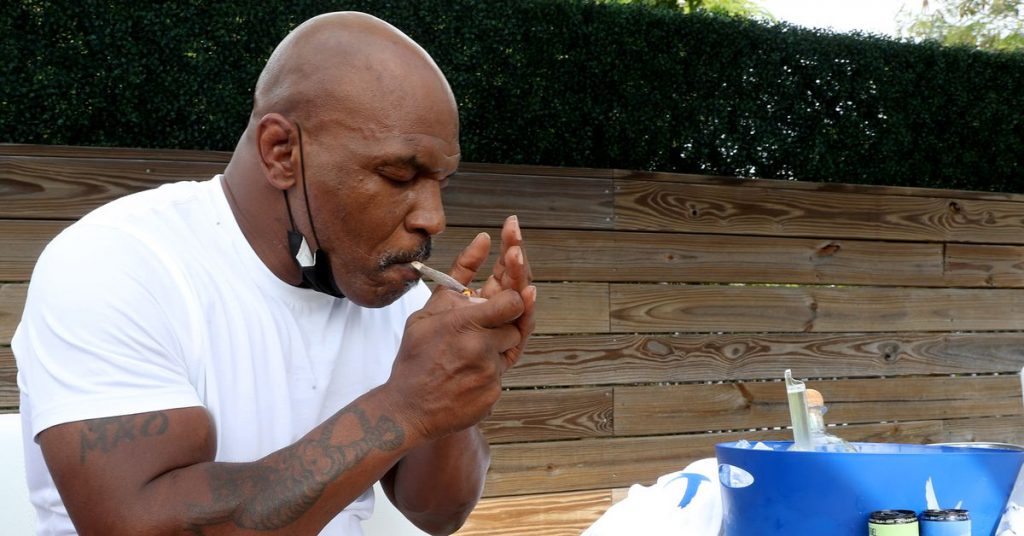 Mike Tyson is truly one of the most fascinating and enigmatic fighters in combat sports history.

If he’s not tending to his pigeons or beating up grown men in the boxing ring, “Iron Mike” is drawing spiritual insights from DMT-laced toad venom — 5-MeO-DMT, to be precise. A super-potent psychedelic that inspired Tyson to make his 2020 boxing comeback against former multiple-time champion Roy Jones Jr.

Tyson revealed during a recent appearance on the Joe Rogan Experience (JRE) that the toad told instructed him to lose weight and fight again.

“I did this toad, this DMT stuff and I lost the weight. I don’t know what happened, I just said I’m going to do this,” Tyson said (h/t BJPenn.com). “I did this toad and the toad said, ‘you gotta do this… you have to do it.”

“Yeah, ‘You have to do it’ and I lost the weight,” Tyson explained.

Tyson, who fought Jones to a draw, also revealed that his original opponent was supposed to be former K-1 champ Bob Sapp who previously called him out in 2003.

“It started with me fighting Bob Sapp, that was going to be the first fight. The fight with Roy Jones was supposed to be with Bob Sapp,” Tyson, the former heavyweight boxing champion, said. “Roy Jones got involved, other fighters got involved, [Evander] Holyfield got involved and it turned into a fiasco. Then the young guy, Jake Paul, he got involved and that’s how the birth of Jake Paul became.”

Tyson, 55, is currently retired. He is widely considered one of the greatest heavyweight boxers of all time.