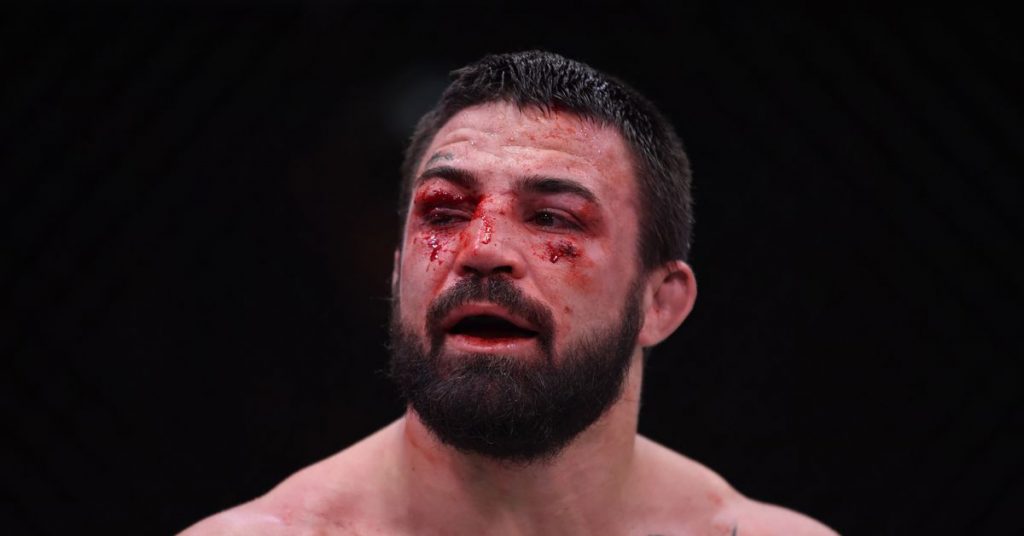 Mike Perry is no longer fired up about Jake Paul, or at least as fired up as he was.
The UFC welterweight let loose on social media when the YouTuber turned boxer released footage of their sparring session before Paul’s fight with Ben Askren. Although he knew he was being filmed (and even did some filming himself), he still felt it was a low blow when Paul responded to UFC lightweight Dustin Poirier’s tweet for them to fight by calling him “light work.”
Lately, Perry has been doing a lot of reflecting, and he now believes he missed the bigger picture.
“I feel I honestly didn’t handle it right,” he said on The MMA Hour. “Like when Jake posted a video of me saying that we had worked together, even if he was talking trash, or having me talk trash on myself, he was putting me out there on a platform that I didn’t have necessarily.”
Perry’s interactions with Paul’s teammate, middleweight boxer J’Leon Love, hit a little different.
“I had seen Jake and his boy J’Leon Love in the club later that week,” Perry continued. “We were at Live, and I walked by, and somebody grabbed me, and it was them. And I was talking to them for a second and me and Jay Leon started poking each other in the nose, and then all these people came over and were like, ‘No, no,’ and were separating us. And I was like, ‘It’s all good, we’re cool.’
“And Jay Leon tweeted about it, said it was a good conversation, but he beat my ass. Well, let’s run it, bro.”
Perry has never been shy about turning friendly challenges into actual ones. After trading barbs online with Darren Till, he approached the UK star in person, who initially mistook his invitation to spar as one for the spa, and the two threw down in a private session. Both afterward claimed victory and then struck up a friendly rivalry, trading more insults.
Online, Love has already fired back at Perry’s willingness to fight. When it comes to business, however, there’s a big difference between Love and Paul, whose massive following on social media that has reportedly translated to a huge audiences for his transition to professional boxing. This past weekend’s match between Paul and ex-UFC welterweight champ Tyron Woodley was an eye-opener for Perry, who’s still in career limbo and wants to fight sooner than later after losses in four of his past five fights.
Perry won’t concede Paul was the better man in the ring. He said the footage released of their sparring session didn’t capture a swing in momentum as Paul got tired and he continued to press the octagon.
“He did a good job of keeping his distance,” Perry said. “And I’m a fan of boxing. I understand keeping the range and the distance. And it’s like a pretty style, and he fights that way, cause he’s got a lot of money behind him and he has to fight a very protective way – not a real gritty way.
“He posted the video of me saying, ‘Oh, you kicked my ass, Jake.’ And then he said, in his words, ‘I already kicked his ass.’ Like, he didn’t wanna have the fight with me. But he knows what was happening in the third, fourth, fifth, and sixth rounds of our sparring match. I never slowed down. I just always put on pressure. And when I sparred him, I was 180 and he was, like, 195. So, if we were going to prepare for something, it’s a totally different thing.
“I had been preparing for southpaw Daniel Rodriguez, and I had been doing a lot of grappling. I grappled that morning before I sparred Jake that night, and I just feel like preparation would be totally different. I would just go forward to knock you out, or get knocked out in the process. And I don’t see myself getting knocked out, especially with the ability to focus on boxing and work that consistently, day in and day out.”
Of course, Perry would love to show the world he’s a better fighter than Paul – and make a ton of money in the process. Like many UFC fighters, he’s wanted to try his hand at boxing, and coming into Paul’s orbit has shown him what’s possible in combat sports.
Read More