Maxwell was the ‘lady’ of Epstein’s house, former worker testifies 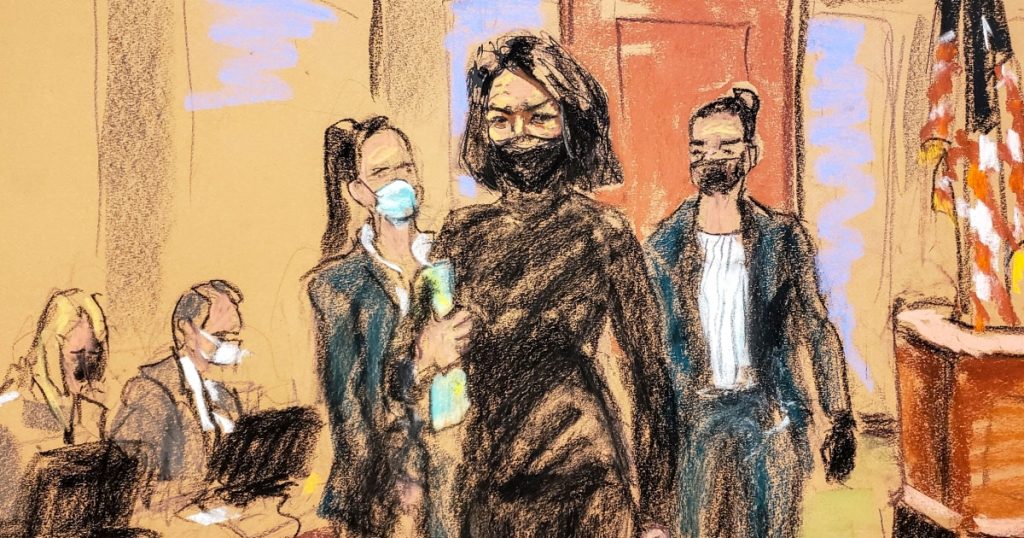 The Florida mansion of convicted sex offender Jeffrey Epstein was often teeming with topless young women and Ghislaine Maxwell was the “lady of the house” who  enforced his rules, a former property manager testified Thursday.

Juan Alessi, who worked at the Palm Beach home from about 1990 to 2002, made the startling claim on the fourth day of Maxwell’s child sex-trafficking trial in federal court in Manhattan.Alessi testified that he saw “many, many, many females,” at the estate.

Asked by Assistant U.S. Attorney Maurene Comey whether he could quantify how often he’d see young women in the mansion, Alessi replied, “Hundreds of times.”

“What percentage of the time were those females topless?” Comey asked.

“I would say 75 percent of the time,” Alessi said.

Maxwell is accused of helping Epstein recruit and sexually abuse four underage girls, mostly in the 1990s. She allegedly targeted vulnerable teenage girls and “groomed” them for sex with Epstein and other powerful men, prosecutors have charged.

The 59-year-old British socialite has pleaded not guilty to all six charges leveled against her. Her lawyers contend the government is going after Maxwell because they cannot prosecute Epstein, who hanged himself in a Manhattan jail two years ago.

Alessi said most of the women he saw in Epstein’s mansion appeared to be in their late 20s. But he also testified that Maxwell and Epstein went to great lengths to ensure that staffers like him could not see what was going on in the mansion.

“There also was a wall, I used to call the Berlin Wall and it went all the way to the fence,” he said. “It obstructed the whole view of the garden and the pool so there was no view from the staff quarters to the rest of the house.”

Maxwell was the “lady of the house” and slept “in Epstein’s bedroom,” Alessi said. And she warned him to “never look” in Epstein’s eyes.

“There were many, many rules,” Alessi said.

One 58-page checklist for staff included everything from how to maintain the residence and where to buy food to “how to address Mr. Epstein,” he said.

Alessi said he was also tasked with having to clean the sex toys that were stored in Maxwell’s closet.

“I am sorry to say it was very degrading to me,” Alessi said. “I wasn’t hired to do that kind of work.”

Alessi took the stand a day after Jane, the pseudonym of the first of four women who say Maxwell turned them into sexual playthings for Epstein and other powerful men, wrapped up her testimony by asserting that she was 14 when she met them at the Interlochen Arts Camp in Michigan and that Epstein himself introduced her to former President Donald Trump in the 1990s.

Jane, who said she was sexually abused by both Epstein and Maxwell at the Palm Beach mansion, didn’t allege any improper behavior by Trump. But she wasn’t asked by Maxwell defense attorney Laura Menninger why Epstein took her to see Trump at Mar-a-Lago, his resort in Palm Beach.

Nor has Trump responded to requests from NBC News for comment about whether Trump, who once called Epstein a “terrific guy,” has any recollection of meeting Jane.

Following Epstein’s 2019 arrest, Trump told reporters that he was “not a fan” of him.

Three other women are expected to testify against Maxwell at the trial in the Southern District of New York, which started Monday and is expected to last six weeks.

Corky Siemaszko is a senior writer for NBC News Digital.