Masks Protect Schoolkids from COVID despite What Antiscience Politicians Claim 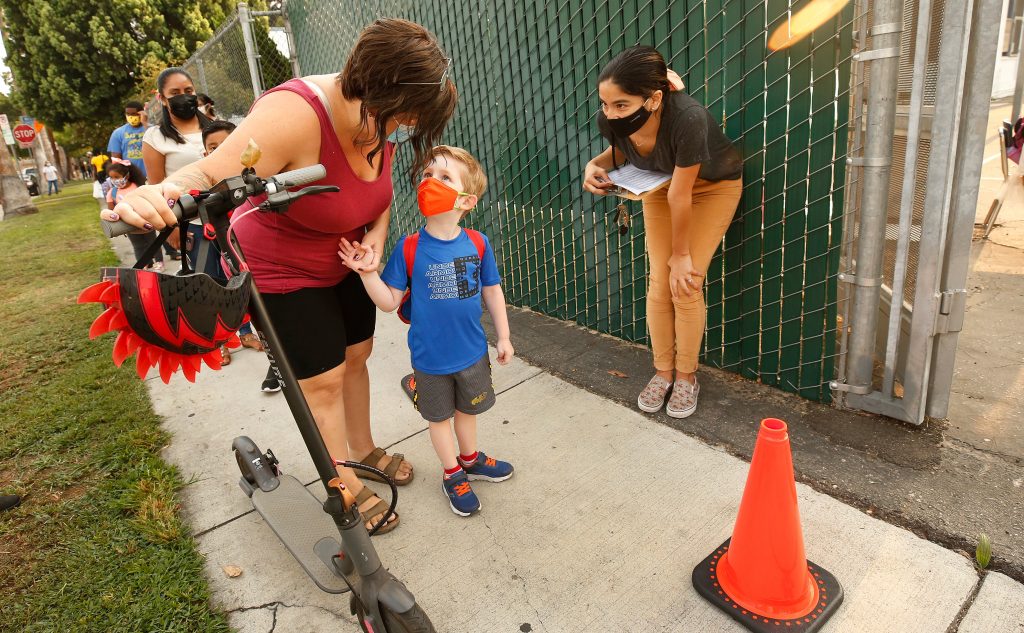 Florida governor Ron DeSantis and politicians in Texas say research does not support mask mandates. Many studies show they are wrong

executive order barring local school districts from requiring their students to wear masks, claiming that mask mandates in schools lack “a well-grounded scientific justification.” On August 27, when a Leon County, Florida, judge suspended the governor’s ban, DeSantis’s office maintained that there was no evidence that masks prevent infection in schools, issuing a statement that the ruling was “not based in science and facts.” (The order is currently being appealed.)

DeSantis is wrong. And so is Texas governor Greg Abbott, who banned schools in his state from requiring masks and is suing some school districts for mandating them. There are multiple lines of evidence from a variety of disciplines—including materials science, infectious diseases, pediatrics and epidemiology—showing that masks can help protect children and teachers from getting COVID in schools.

For starters, laboratory experiments show that masks block the respiratory droplets and aerosols that transmit SARS-CoV-2, the virus that causes COVID. In one test, mechanical engineer David Rothamer and his team at the University of Wisconsin–Madison used a machine in a classroom to pump out particles of the same size as those that carry the virus. The researchers placed several CPR dummies wearing masks around the room and measured the degree to which the aerosols penetrated the masks. A surgical mask paired with a soft frame to ensure a snug fit reduced the chances of penetration and infection by 382 times when compared with going maskless, according to a statistical probability model. Even if real-world situations produce lower numbers, Rothamer says, masks significantly reduce viral transmission.

In that real world, several epidemiological studies also indicate that masks in schools work. Researchers at the ABC Science Collaborative have collected data from more than a million K–12 students and staff members in North Carolina, which mandated masking in schools from August 2020 until July 2021. The scientists reported little in-school transmission over the fall, winter or summer months. Incidents remained low even as, in communities outside the schools, levels of COVID cases fluctuated and mitigation strategies shifted. “The presence of masking in schools seems to be the unifying theme across all of those periods,” says Ibukun Kalu, a member of the group and medical director of pediatric infection prevention at Duke University. “When we look at cases that have masking in place—so masking students, staff, everyone that’s within that K–12 setting—we see rates of within-school spread as low as one percent.”

In schools in other states where masks were not used consistently, such as in Georgia and Florida, the Centers for Disease Control and Prevention has reported on a number of COVID outbreaks during both 2020 and 2021. This past spring in California, an unvaccinated elementary school teacher who removed a mask several times to read to students triggered an outbreak of the highly transmissible Delta variant, according to another CDC study. A total of 26 people were infected, including 12 of the 24 students in the teacher’s class, a frightening rate of 50 percent. The infections spread elsewhere in the building to six students in a separate grade and moved beyond the school to infect eight family members of the affected students. The viral genomes in the infected people were either identical or very similar to the virus analyzed from the teacher, indicating that individual was the source. The outbreak occurred despite people following physical distancing guidelines, using high-efficiency particulate air (HEPA) filters in the classrooms, and leaving the doors and windows open for ventilation.

Masks, combined with other prevention efforts, reduce the risk that students may bring home the virus to parents or other relatives. This has been a big concern because adults are more likely to develop severe COVID. An online survey of 2.1 million Americans by researchers at Johns Hopkins University showed a 38 percent increased risk of COVID-related illness in households with a child attending school in person. That risk went down, however, as the number of school-based mitigation measures—such as mask mandates, daily symptom screening and canceled extracurricular activities—went up. When seven or more measures were in place, the increased risk disappeared. Experts have long advocated for an approach that relies on multiple added layers of protection—some to protect the individual and some to protect the collective—recognizing that no single intervention will be a magic bullet.

Studies done in wider communities beyond schools give the strongest real-world evidence that masks stop COVID’s spread. An international team of researchers conducted a randomized controlled trial involving nearly 350,000 people across 600 villages in rural Bangladesh. Half of the villages got free cloth or surgical masks and a promotional campaign encouraging their use. The other half did not. The researchers found that the intervention significantly curbed coronavirus transmission, especially in villages that received surgical masks. The findings appeared in early September in a preprint paper that is now being considered for publication by the journal Science.

No single study is likely to completely quiet the naysayers, no matter how good it is, Kalu says. “I think naysayers will exist until we get to the end of this—if we ever get there,” she notes.

But Rothamer points out that the effectiveness of masks in schools is supported by not one but many different studies and tests. “The best evidence in science,” he says, comes from lots of studies “where most of them show the same thing.” Rothamer says that when you put together the steady stream of research conducted thus far—and there are more than a dozen studies beyond those cited here—the accumulation of evidence points to the same conclusion: masks work.

Marla Broadfoot is a freelance science writer who lives in Wendell, N.C. She has a Ph.D. in genetics and molecular biology.