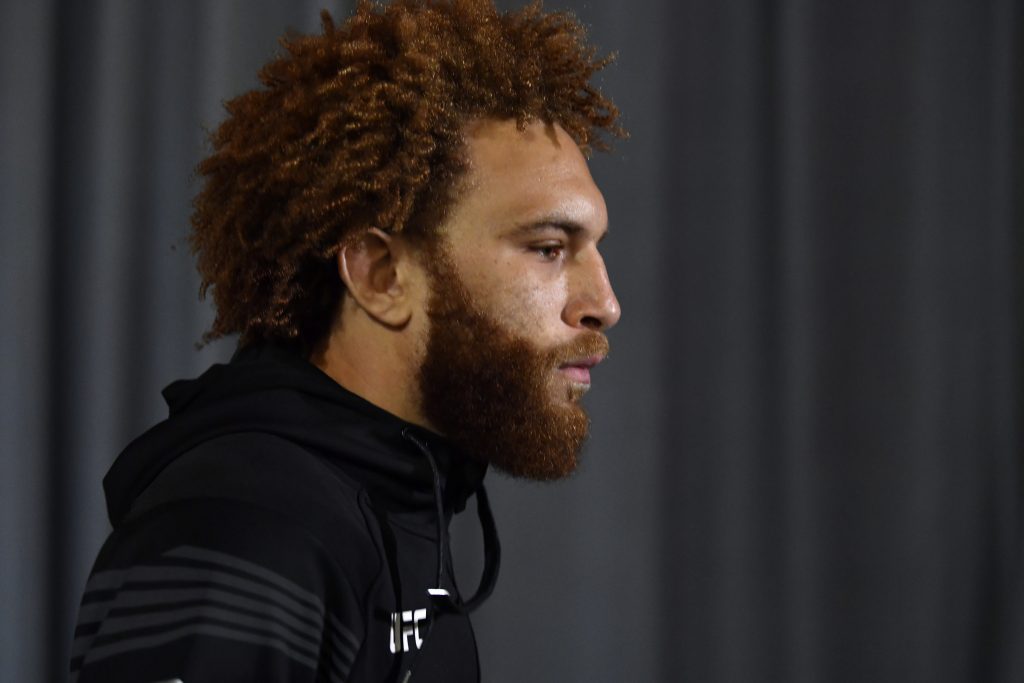 The UFC announced lightweight fighter
Luis Pena has been released from the promotion after being arrested
on domestic violence charges in Florida.

TMZ Sports reported Tuesday that Pena
faces “multiple misdemeanor charges” after his live-in girlfriend
called police over the weekend and said he punched her during an
argument.

The UFC provided a statement to TMZ:

“UFC is aware of the disturbing
allegations concerning the recent arrest of Luis Pena. Mr. Pena has
been open about his struggles with mental health and substance abuse
issues and the organization has on multiple prior occasions attempted
to help him get professional treatment.

“At this time, UFC believes Mr.
Pena needs to deal with the health and legal issues in front of him,
and consequently has informed Mr. Pena’s management that his
promotional agreement has been terminated.”

TMZ also obtained the 911 call made by
Pena’s girlfriend on Saturday.

“I really need the cops to come
and get him out now,” she said. “I have scratches and bruises all
over me from him, I need him gone. I’m done, and I need help,
please.”

In June, Pena announced on Twitter he
was planning to seek help for his mental health:

People aren’t comfortable talking about this, but I have been going through serious mental health issues my entire life and have finally gained the strength to get and accept the help I’ve needed for a long time. If you’re struggling take it from me its okay to reach out

The 28-year-old was arrested on a warrant in Florida two days after that post on charges of robbery by
sudden snatching, battery and criminal mischief.

Pena was held in jail for nine days
before he could post bond after that arrest, but the victim later filed an affidavit saying she didn’t want to press charges, per
Steven Marrocco of MMA Fighting.

The American Top Team fighter joined the UFC in 2018 as part of the The Ultimate Fighter 27. He beat Richie
Smullen by submission on the show’s finale.

He’s compiled a 9-3 career record,
including a 5-3 mark since arriving to the UFC.

Pena’s most recent fight was a
split-decision win over Alexander Munoz in April.