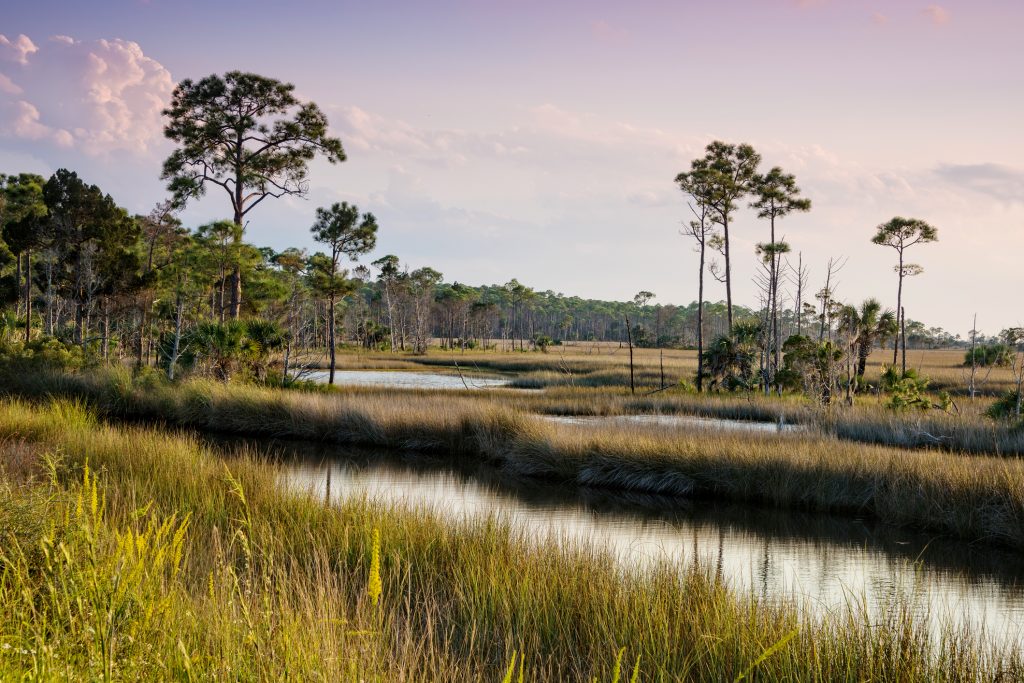 The dramatic moment a lost hiker was rescued from Florida marshland and carried to safety by helicopter after a seven-hour search has been captured on camera.

The unidentified woman, who had become separated from her husband in the Estero Bay Aquatic Preserve near Fort Myers, Florida, at around 4 p.m. local time. It took search and rescue teams seven hours to find her.

The Florida Fish and Wildlife Conservation Commission (FWC), which assisted in the search and subsequent rescue, said the woman who was found at around 11 p.m. local time and was “awake and alert, but dehydrated and exhausted.”

The FWC wrote on its Facebook page: “When a hiker was separated from her partner somewhere in nearly 11,000 acres of trails, mangroves, and marshland, our officers along with partner agencies began the search. The group of FWC officers who reached the wayward hiker made their way through half a mile of soft, thigh-deep mud and heavy vegetation.

“The video shows the team ready to receive the descending rescue basket from the helicopter and the awesome selfie they texted to her family to reassure them of her safety.”

Iona McGregor Fire District provided an update on the situation on Saturday, explaining the circumstances surrounding the woman becoming lost. “A husband and wife went on a nature walk,” it said in a Facebook post. “The husband got tired and came out of the preserve. His wife wanted to keep walking a while longer and that’s when she became lost.”

Iona McGregor Fire District Battalion Chief Jason Martin told Emma Heaton of WINK News how a drone and an aerial camera with thermal imaging were used to locate the woman. Once the helicopter had located the woman, it kept its spot light on her allowing ground crews to make their way to her.

He added that the ending to the story could have been very different and the luck and good weather had been with the woman and her rescuers.

The chief said: “The fact she had come off the path was part of the problem finding her. This time of year it’s drier than what it normally is. During rainy season most of that preserve would be wet to begin with.”

In its Facebook post, Iona McGregor Fire District said: “She is ok and we are so grateful for the dedication of all agencies involved in this search & rescue mission.”