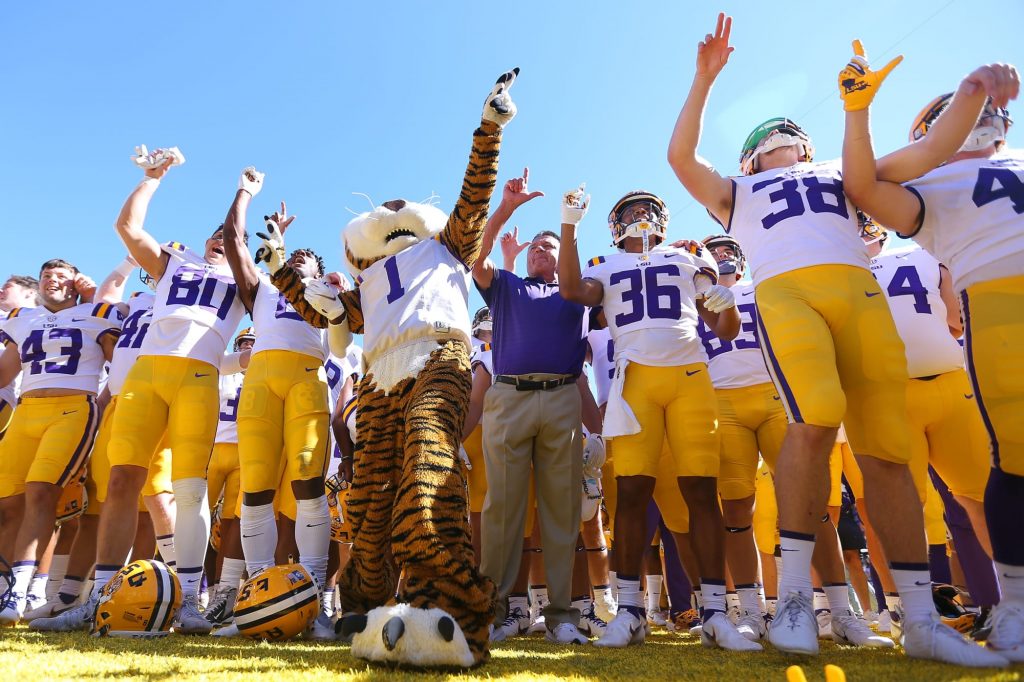 In unexpected and stunning fashion, the LSU Tigers found a way to defend their home turf and beat Dan Mullen’s Florida Gators. This is now the second year in a row that the Tigers have found a weird way to beat the Gators and this game made it clear that Ed Orgeron’s team hasn’t quit on him.

While that’s great news for Orgeron and the Tigers, that’s not what ESPN’s Kirk Herbstreit expected. Prior to the game, on College GameDay, Herbstreit made the bold statement that he believed LSU players were quitting and not playing hard.

The Tigers simply responded by putting up 49 points against No. 20 Florida and winning a bizarre game. Tyrion Davis-Price put a ton of effort into LSU’s win, running for a program record of 287 yards and three touchdowns on 36 carries.

To his credit, Herbstreit owned how he was wrong here and how he didn’t see this 49-42 win over Florida coming. In a tweet, Herbstreit commended the LSU Tigers for the effort they put into getting this important win.

Congratulations @LSUfootball and especially Coach O!
Did NOT see this one coming. I’ve been very tough on this team and their passion to play for the LSU brand-glad you shut me up. That’s LSU football-congratulations!

This win alone isn’t enough to save Orgeron’s job, but it does help keep him in Baton Rouge for a while longer. For an embattled head coach, any win over a ranked rival can make things feel much better than they may actually be.