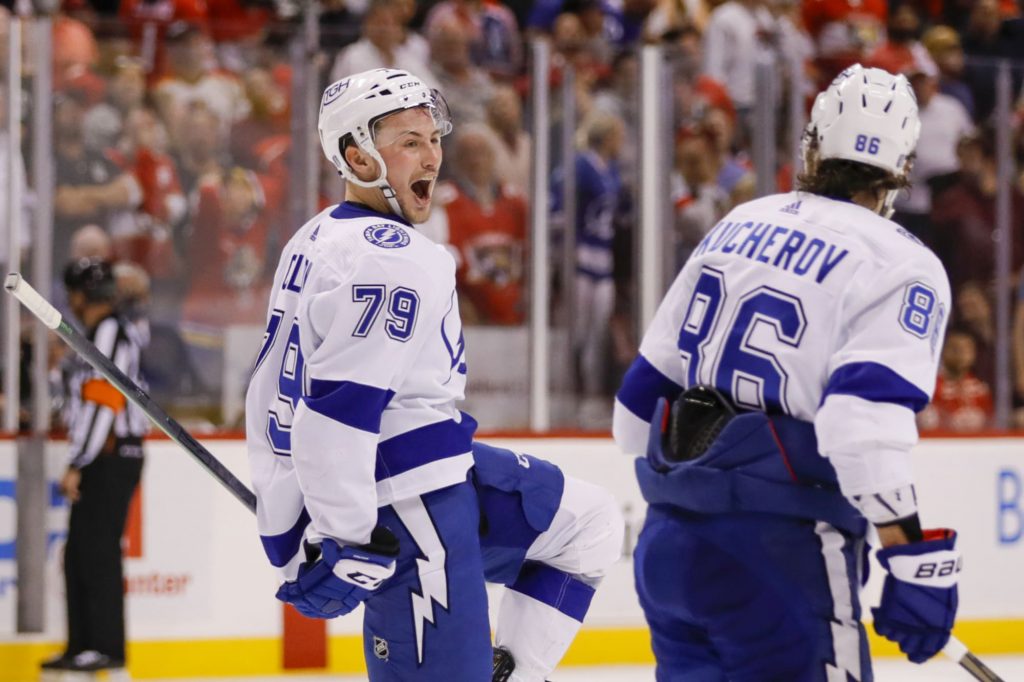 Ross Colton of the Tampa Bay Lightning broke the hearts of Florida Panthers fans after he scored the game-winning goal with seconds remaining in regulation.

The second round of the NHL’s Stanley Cup Playoffs features a battle of in-state rivals, as the Florida Panthers take on the Tampa Bay Lightning. Tampa Bay took Game 1 of the series after a 4-1 victory. But Game 2 on Thursday, May 19 was much tenser for the defending, back-to-back Stanley Cup champions.

Game 2 looked destined to be heading into overtime tied at 1-1. But the Lightning threatened the Panthers late in the third period, which saw Nikita Kucherov pass the puck to Ross Colton from behind the net, who then put it past Panthers goaltender Sergei Bobrovsky to give them a 2-1 lead with under four seconds remaining.

On the Lightning radio broadcast, David Mishkin went nuts after Colton’s shot went in the net.

Besides the radio call, you can see Panthers fans in FLA Live Arena being absolutely heartbroken at Colton scoring his late goal.

Tampa Bay took an early 1-0 lead in the first period after a tip in by Corey Perry, who received stitches after getting hit in the face by a puck during pre-game warmups. Florida tied things up late in the second period on a goal by Eetu Luostarinen.

Now, the series leaves Sunrise, FL and heads to Tampa Bay for the next two games. The Panthers look to finally get on the board with a Game 3 win on Sunday, May 22 at 1:30 p.m. ET.