Kodak Black always says what’s on his mind. Last month, he publicly shot his shot at CMG rapper GloRilla on Instagram, to which she didn’t respond. In a recent interview, he claims he was only joking. 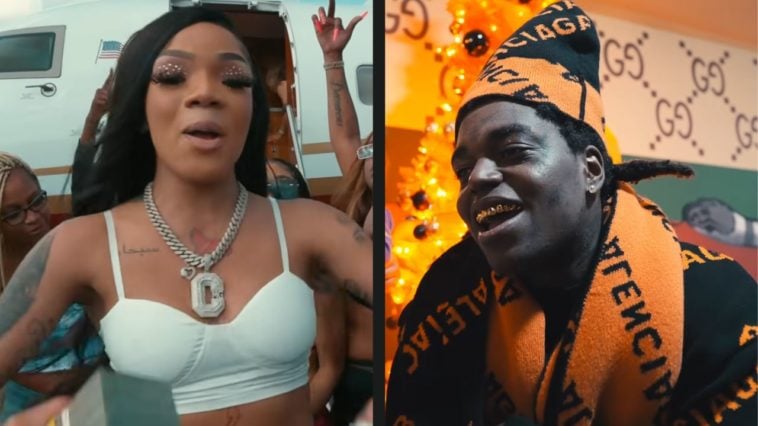 Florida rapper Kodak Black is clearing the air about his recent shot at newly emerged artist GloRilla on Instagram live. In a recent red carpet interview at the AMAs, Kodak claimed he was only joking after being asked about the situation.

Kodak Black is no stranger to going after what he wants. His latest crush appeared to be newly emerged talent GloRilla.

Lately, CMG labelmate GloRilla has been taking to her Instagram live more frequently as things unfold on who owns the rights to her hit single “F.N.F.”

Kodak appears to put relationship rumors with singer Monica to rest when he hopped on GloRilla’s live.

The “F.N.F.” artist was talking to her fans when Kodak decided to “shoot his shot” in the comments.

Yak then creatively used lyrics from Glo’s hit “Tomorrow” to tell the Memphis artist that he wants her to be his “girl.”

“Everyday the sun won’t shine, but that’s why I love tomorrow”

Kodak remixed the lyrics and said:

The “No Flocking” artist also recently defended GloRilla at the BET Hip-Hop Awards by saying if anyone should have won over him it should have been her.

Glo has yet to respond to the “Super Gremlin” artist.

Fans may believe the recent pairing was quite unusual to see.