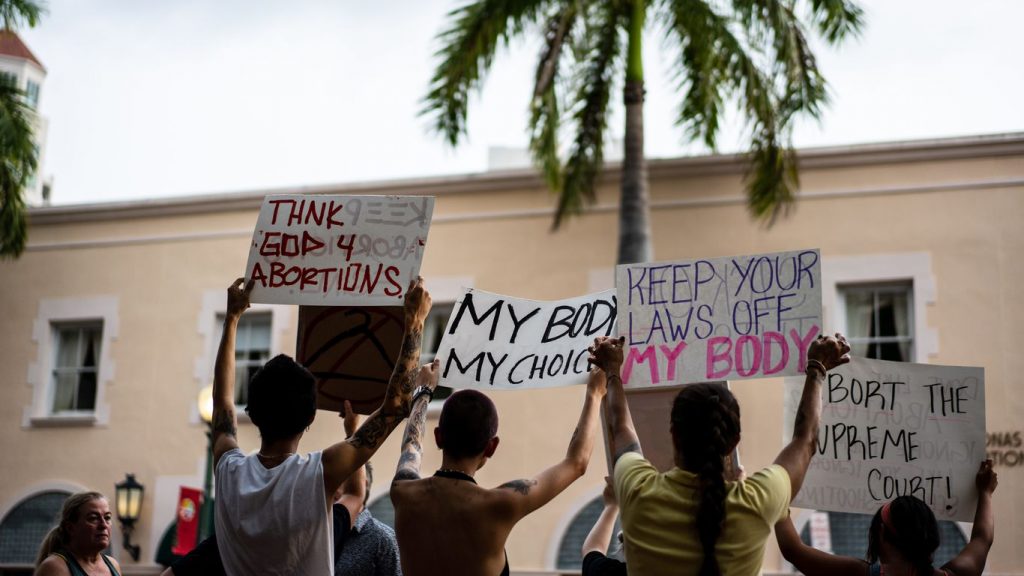 A judge in Florida on Thursday declared the state’s 15-week abortion ban “unconstitutional” and said he will temporarily block the law, nearly a week after the Supreme Court overturned Roe v. Wade.

Driving the news: The law, which was signed into law in April, is scheduled to take effect on Friday. Leon County Judge John Cooper said the temporary restraining order will take effect as soon as he signed it, but that it won’t be today, meaning the law could be enforced for a brief period of time.

Details: Florida’s H.B. 5 has no exceptions for rape or incest and only allows abortions past 15 weeks in cases of a medical emergency or if there’s a “fatal fetal abnormality.”

Catch up fast: Abortion providers filed a lawsuit against state officials earlier this month saying the law violates the Florida Constitution. It’s currently legal in Florida to get an abortion up to the 24th week of pregnancy.

What he’s saying: Cooper said the law is unconstitutional because it violates the privacy provision of the state’s constitution and “does not meet the standard” of the Florida Supreme Court rulings that protect abortion rights in the state.

Overall, the state’s argument to enforce the law was not “legally sufficient to justify the statutory ban,” Cooper said, calling the providers’ witnesses “more credible” than those brought by the state.

Go deeper: Nearly all abortions are illegal in 9 states but more bans are coming