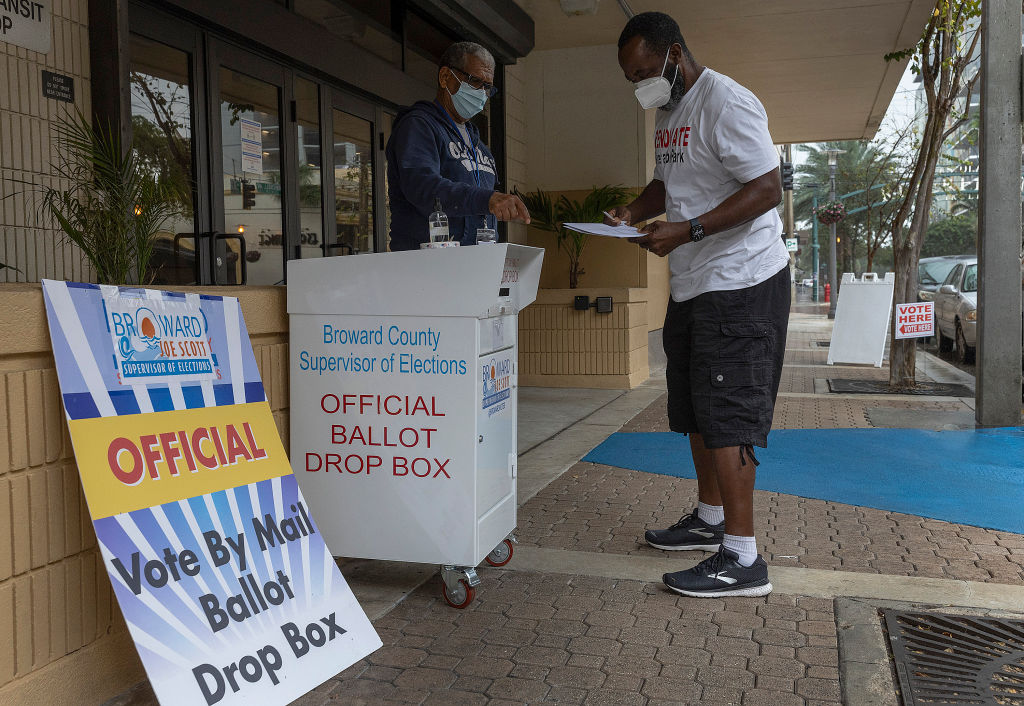 A federal judge overturned many provisions of a Florida election law Thursday for discriminating against minority voters and ordered the state to be subjected to a decade of court supervision on future laws.

The ruling tosses provisions of the law, known as SB 90, that limited ballot drop off boxes, aid to voters waiting in line and what third party groups could do in registering voters. U.S. District Judge Mark Walker of the Northern District of Florida, appointed by former President Barack Obama, found after a three-week bench trial last month that the legislature targeted an increased use of vote-by-mail by Democratic voters – with the effect of discriminating against Black voters.

“[W]hen Black voters tended to favor a form of voting, or when a change in the law opened more opportunities for Black Floridians to vote, the Legislature has acted to restrict those opportunities,” Walker wrote.

The ruling also used so-called “bail-in” provisions of the Voting Rights Act to subject Florida to 10 years of court supervision of election law changes related to drop boxes and other challenged provisions of the law. Walker, who has presided over more than a dozen election law cases in Florida, wrote the state has shown a practice of discriminating against minority voters.

“For the past 20 years, the majority in the Florida Legislature has attacked the voting rights of its Black constituents,” Walker wrote.

Walker largely did not side with the state’s arguments the law “makes minor prophylactic changes to the election code.”

At a January hearing before the House Judiciary Committee Subcommittee on the Constitution, Civil Rights, and Civil Liberties, Sherrilyn Ifill, the president of the NAACP’s Legal Defense and Education Fund, testified against the law. She argued it targeted Black voters who disproportionately used absentee voting in the 2020 election.

Advocates have framed recent election laws passed in Florida, Georgia and elsewhere as part of a larger Republican effort to restrict the rights of minority voters.

Democrats have launched an effort to pass a new Voting Rights Act since a 2013 Supreme Court decision in Shelby County v. Holder, which effectively ended the Justice Department’s power to approve or reject proposed changes to election laws in seven states with a history of discrimination.

Advocates and lawmakers argued a 2021 Supreme Court decision, Brnovich v. DNC, made it more difficult to prove violations under section 2 of the Voting Rights Act.

While several bills have passed the House, most recently last year on a 219-212 vote, updates to the voting law have met Republican opposition in the Senate.

Attempts to begin debate on two versions of the bill were defeated in the Senate last year. In January, a different House-passed bill, also came up short on a 48-52 vote.