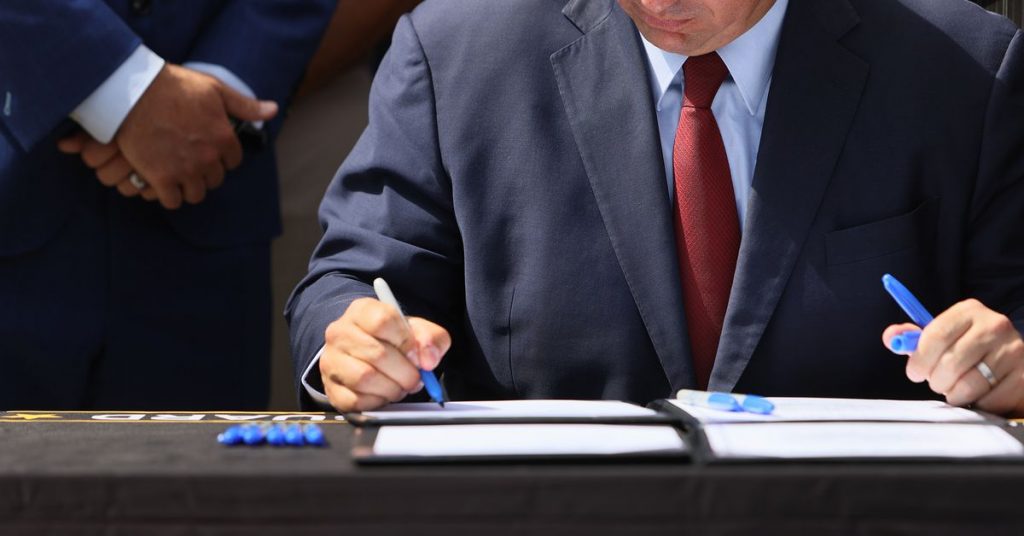 A Florida internet law is on hold while a lawsuit contesting it continues. Judge Robert Hinkle has issued a preliminary injunction blocking nearly all of SB 7072, a controversial and sweeping regulation of social media platforms.

“The legislation now at issue was an effort to rein in social-media providers deemed too large and too liberal. Balancing the exchange of ideas among private speakers is not a legitimate governmental interest,” Hinkle wrote his order. Moreover, the law “discriminates on its face among otherwise identical speakers,” partly thanks to an eyebrow-raising exemption for companies that operate a theme park. That raises the bar for evaluating whether the law violates the First Amendment — and in Hinkle’s estimation, it probably does.

SB 7072, signed by Governor Ron DeSantis in May, limits when web services can kick off users. It includes a ban on suspending or annotating the posts of political candidates, a requirement that users can “opt out” of algorithmic sorting systems, and an “antitrust violator blacklist” for companies that break the rules. As mentioned above, the rules don’t apply to “a company that owns and operates a theme park or entertainment complex,” placating media conglomerates like Disney.

Industry groups NetChoice and the CCIA sued to stop the law’s enforcement, saying it would compel social media platforms to host offensive speech that violated their editorial policies. Judge Hinkle heard arguments from both groups and the DeSantis administration on Monday, when he appeared dubious of the law, calling the theme park exemption in particular a “major constitutional issue.”

The injunction is similarly skeptical, summarizing the law as follows:

“The state of Florida has adopted legislation that imposes sweeping requirements on some but not all social-media providers. The legislation applies only to large providers, not otherwise-identical but smaller providers, and explicitly exempts providers under common ownership with any large Florida theme park. The legislation compels providers to host speech that violates their standards — speech they otherwise would not host — and forbids providers from speaking as they otherwise would. The Governor’s signing statement and numerous remarks of legislators show rather clearly that the legislation is viewpoint-based. And parts contravene a federal statute.”

The federal statute Hinkle mentions is Section 230 of the Communications Decency Act, a rule that gives websites and apps wide latitude to decide what material they host. Beyond that, Hinkle says social networks regularly use editorial judgment to prioritize, remove, label, and otherwise sort content shown to users — and much of that editorial judgment is likely protected by the First Amendment. “The state has asserted it is on the side of the First Amendment; the plaintiffs are not. It is perhaps a nice sound bite. But the assertion is wholly at odds with accepted constitutional principles,” Hinkle writes.

Federal lawmakers, like state ones, have an appetite for regulating social media. That includes a package of bills aimed at reducing the potential monopoly power of companies like Facebook and Google, as well as several proposals for changing Section 230. In April, Supreme Court Justice Clarence Thomas also made a case for regulating social media. But Florida’s law was one of the first, most sweeping rules governing how companies can moderate web platforms — and it’s not surprising that it’s been stopped short.