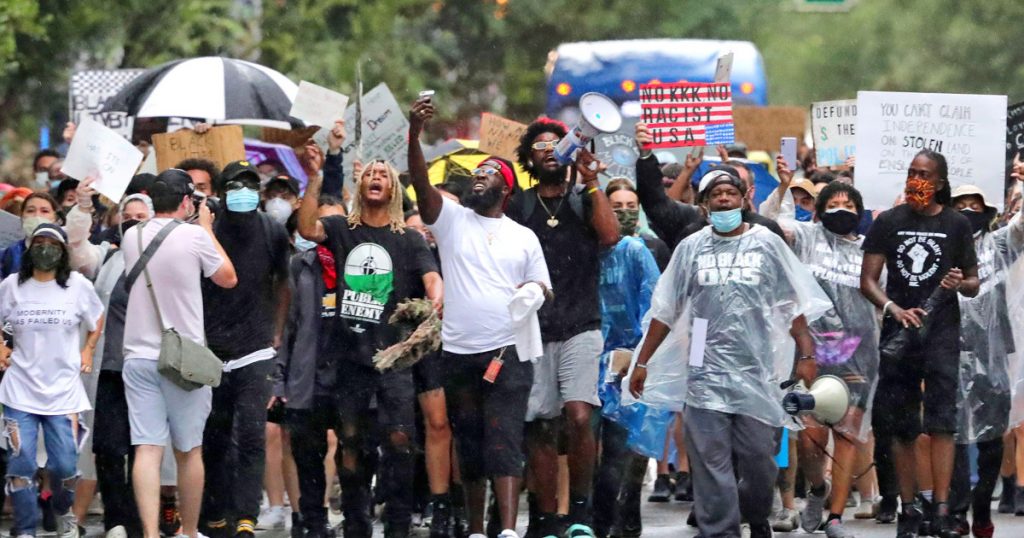 A federal judge in Florida blocked enforcement of the “anti-riot” law the state enacted in the wake of last year’s racial justice protests, calling it overbroad and unconstitutional.

U.S. District Judge Mark E. Walker granted a preliminary injunction preventing enforcement of the law, which was passed by the Republican-controlled Legislature and signed by Gov. Ron DeSantis in April.

The bill, HB1, defines a riot in a way that Walker said is vague and could be used to assault constitutionally protected free speech.

“If this Court does not enjoin the statute’s enforcement, the lawless actions of a few rogue individuals could effectively criminalize the protected speech of hundreds, if not thousands, of law-abiding Floridians,” Walker wrote. “This violates the First Amendment.”

The bill was proposed and passed after last summer’s protests across the country following the death of George Floyd, a Black man who was killed by a white Minneapolis police officer, Derek Chauvin.

Critics argued that it is vague and overbroad and that it fails to clarify whether someone in a larger demonstration where violence occurs could be found guilty under it.

The NAACP Legal Defense and Educational Fund said the decision was “a major victory for civil rights and racial justice advocates.” It, along with other groups, including the American Civil Liberties Union, sued on behalf of a number of groups.

“H.B.1 effectively criminalizes our constitutional right to peacefully protest and puts anyone — particularly Black people demonstrating against police violence — at risk of unlawful arrest, injury and even death,” the plaintiffs said in a joint statement Thursday. “This targeting of protesters is shameful and directly contradicts our Constitution.”

DeSantis said that the state would appeal and that the ruling was “a foreordained conclusion” out of the federal District Court in Tallahassee.

Walker began his 90-page ruling by noting other instances in Florida when people were arrested for challenging Jim Crow laws under the pretext of a riot. “What’s past is prologue,” he wrote.

Walker wrote that the new law is vague enough that it could be read to criminalize continuing a protest after violence occurs — even if the protesters were not involved in any violence and do not support violence.

It could also be read to criminalize staying at a scene to record police reaction, he wrote.

While those who sued said the bill was a direct response to racial justice protests, the judge wrote that “its vagueness permits those in power to weaponize its enforcement against any group who wishes to express any message that the government disapproves of.”

Among other things, the law increases criminal penalties for assaulting law enforcement officials while engaging in a “riot.”

It also creates a second-degree felony for destroying or pulling down a memorial or historic property.