Rapper JT Money of the 90s rap group Poison Clan delivered a message to men who use violence after breakups. The Florida rapper sensed the news was necessary after recent murders in Atlanta. 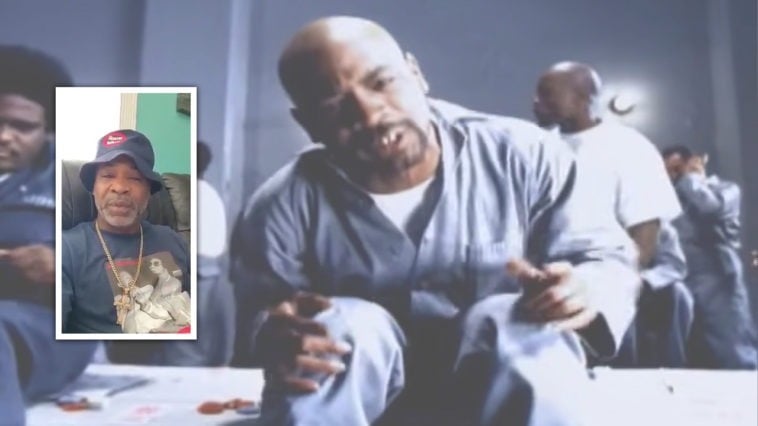 The Atlanta hip-hop scene suffered a significant blow last week after the news of one of their hometown favorite rappers, Trouble, was murdered in an apparent domestic violence situation that became fatal. Not even 24 hours later, news broke out that Atlanta super-producer Metro Boomin’s mother was slain by her boyfriend in a murder-suicide.

JT Money took to Facebook to release a “public service announcement” reminding men that a woman can do whatever she pleases with her body and that violence is never the answer to her exercising her rights to her body. In the video, he stated:

“You cant control what that woman does with her ‘box’ you cant do it. So for all you players and playettes, if you know someone that has those kinda tendencies go and get them a whole JT Money collection.”

Many on social media agreed with the old-school rapper and game spitter. On Twitter, one user identified as @TheySayImBlunt praised JT Money for saving a generation of simps. He tweeted:

“Killing another man over a woman only to go to prison to be around other men that’s incarcerated like you is the dumbest crime ever! JT Money saved a whole generation with his song called Hoe problems you hurt dudes need to download that song and think before you react.”

Through all the senseless violence in hip hop, Trouble’s murder hit a little different.  News of the murder of Atlanta rapper Trouble hit the hip-hop community so unexpectedly, that many are still dealing with the pain of losing a friend, artist, legend, and father.  The “Bring It Back” rapper’s ex-girlfriend and Instagram vixen Alexis Skyy, has been devastated since finding out the news. She posted on Instagram last night, sharing prayers for the rapper’s family with the entire hip-hop community.