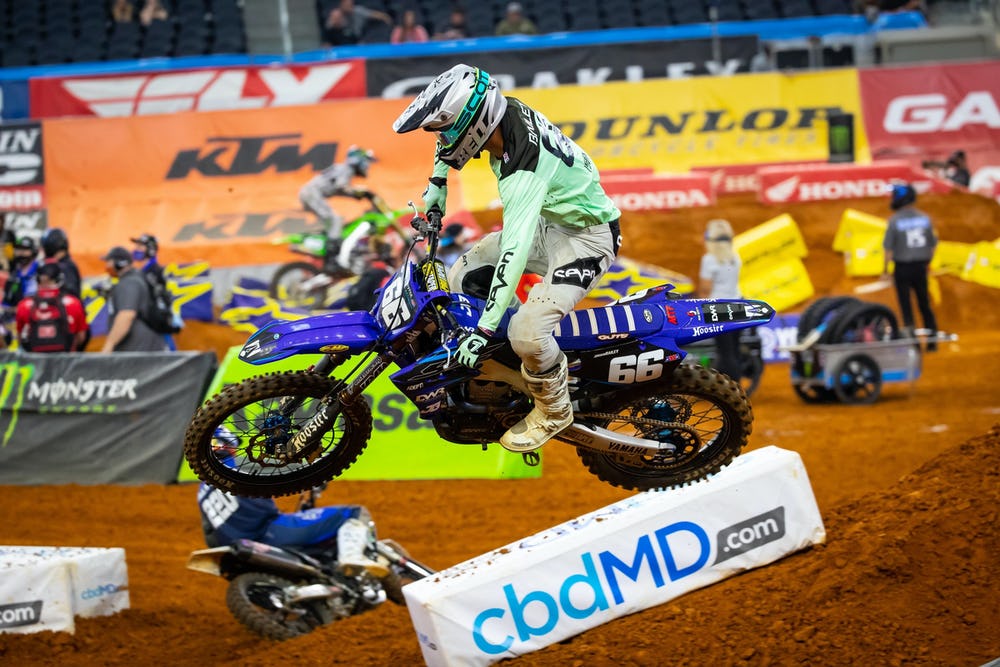 Jordan Bailey has announced he is stepping away from professional racing. Bailey took to Instagram on Monday night to announce his first update in several months, saying he is “currently in college and of course playing golf.” Below is his full post.

“Well, it’s been quite a while since I have posted anything on social media. I figured its finally time to give you guys an update. I have decided to step away from professional motocross/supercross. I am very fortunate to have been able to race 3 supercross seasons and 2 outdoor seasons. Looking back at my 16 years of racing I was able to accomplish 7 Loretta Lynn championships and ride for the best amateur teams as well as a factory professional team. I am extremely grateful for the amazing trainers and friends I was able to meet in this sport. As far as my future plans go, I am currently in college and of course playing golf. I plan to stay around the sport and support the future generations. Thank you to everyone that has supported me in this chapter of my life.”

Bailey joined the TiLube Honda Racing team in 2020, competing in the 250SX East Region aboard a CRF250R. The Florida native raced only the first round of Pro Motocross—the Loretta Lynn’s 1 National—aboard a Husqvarna FC 250.

“Good luck to everyone at Rd 2 of @promotocross . I only planned on doing the first round. Thank you to everyone that supports me.”

In 2021, Bailey was expected to return to the TiLube Honda Racing team but Steve Matthes learned two days before the Houston 1 Supercross season-opener that Bailey would not be racing a Honda this year.

Bailey competed in three 250SX West Region main events this season: a 14th at Daytona, 15th at Arlington 1, and a 21st at Arlington 2—all aboard a Yamaha YZ250F. At the Arlington 2 Supercross his bike locked up during the first lap of the main event and he did not complete a lap, and as a result he suffered a shoulder injury and missed the third Arlington race. In early April, Bailey took to Instagram to announce he was “done” for the remainder of supercross.

“I’ll be done for the rest of the supercross season. I would like to thank everyone who supported me as most of you know I was full privateer this year. I’m not sure what my future holds for outdoors. Thanks.”

In his two full seasons of Pro Motocross, Bailey finished 16th and 15th, respectively, in the 250 Class standings. In 2019, he earned two 11th-place overall finishes, which are his career best.

In his two full seasons of supercross, he finished 10th and 14th, respectively, in the 250SX East Region. His career best supercross finish was an eighth at the 2019 East Rutherford Supercross, one of his three top-ten main event finishes that season.