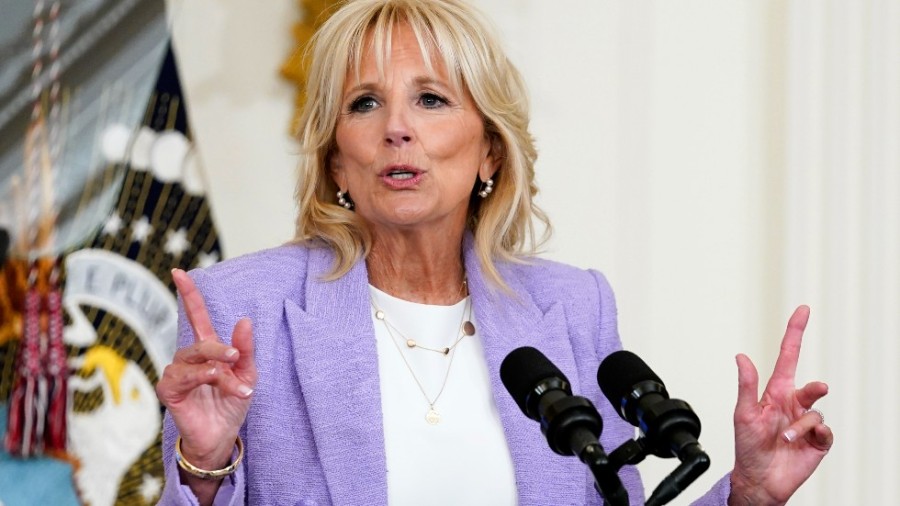 Jill Biden will visit Surfside, Fla., on Friday for a memorial event honoring the victims of the Champlain Towers condo building collapse on the tragedy’s first anniversary.

Biden will deliver remarks at the service and will be joined by Federal Emergency Management Agency Administrator Deanne Criswell and Surfside Mayor Shlomo Danzinger, according to the first lady’s office.

The town formed a committee that has been planning the event for weeks. The planning group includes the mayor, the town manager, victims’ relatives and other supporters, the town said.

“Honoring the memories of the 98 souls lost on June 24th, 2021 and paying tribute to the brave men and women who were instrumental in the search and recovery efforts,” a description of the event published by the town reads.

Biden will first travel to Florida on Thursday for an event related to the administration’s Cancer Moonshot initiative in Palm Beach County before arriving in Surfside on Friday.

President Biden and the first lady visited the town in July in the days following the collapse, which killed 98 people and gripped newscasts nationwide.

During their earlier visit, the Bidens visited privately with the families impacted by the tragedy, received a briefing from state and local officials, and thanked first responders.

They also visited a photo wall memorial blocks away from the former 12-story, 130-unit Champlain Towers condo building, laying a bouquet of flowers at the memorial.

The Bidens also met with Florida Gov. Ron DeSantis (R) during the visit. DeSantis praised the president’s response to the tragedy during the meeting, marking a rare moment of unity between the two politicians.