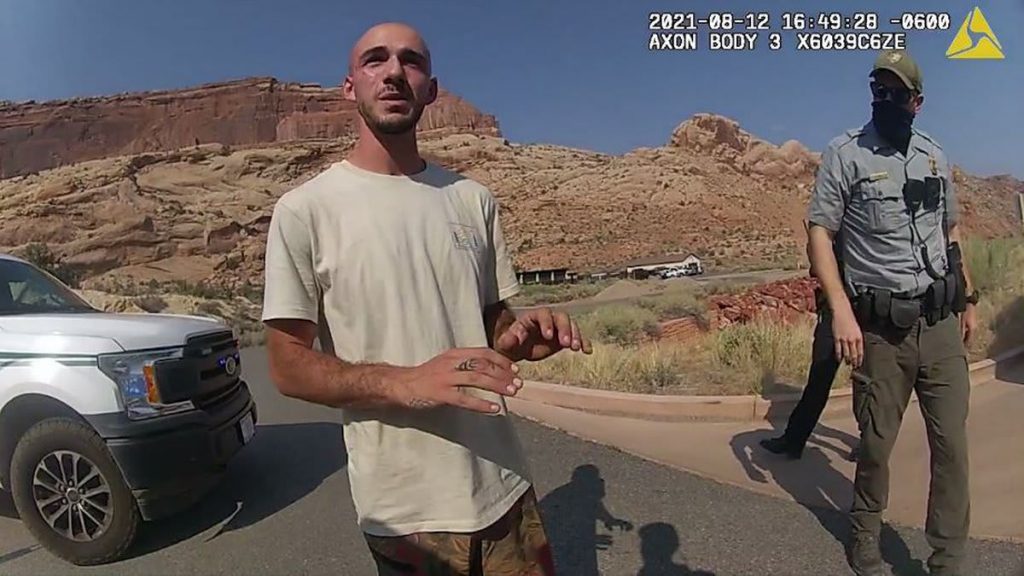 A friend of Gabby Petito says Brian Laundrie has wilderness survival skills that could help him if he hopes to evade law enforcement officials currently searching for him as they investigate the 22-year-old YouTuber’s disappearance and apparent murder.

“He is out in the wilderness, I promise you,” Rose Davis told the celebrity tabloid People. “…If he’s alive, he’s out there, camping out … He lived in the Appalachians by himself for months.”

Earlier this week, FBI officials said that Petito’s remains were found in a Wyoming National Park, and the agency has deemed her death a homicide. The saga has garnered national attention since Petito was reported missing by her family on Sept. 11, 10 days after Laundrie returned to Florida without Petito following their lengthy van trip exploring national parks.

While the couple posted about their seemingly idyllic lifestyle online, police in Utah had to intervene in an “aggressive” fight in mid-August and witnesses said the pair were kicked out of a Wyoming restaurant for a dispute days later.

Davis said Laundrie had “jealousy issues” and described the relationship as “very toxic.”

“He did have jealousy issues and that was apparent. I mean that you could see right through it when after you hang out with them just a few times,” she told People.

A source close to Laundrie’s family told CNN on Thursday that he left his parents’ Florida home last week without his cell phone and wallet, and that his parents were concerned he may hurt himself.

Laundrie is considered a person of interest as law enforcement officials investigate Petito’s disappearance and death, but the 23-year-old’s lawyer noted that an arrest warrant issued on Thursday was not directly because of Petito’s death, but for alleged unauthorized use of a debit card after she died.

Petito’s disappearance and death sparked weeks-long, wall-to-wall national media coverage as tabloids, cable news organization, and amateur online sleuths have enthusiastically delved into the tragic mystery, which has been a boon for television ratings, clicks, and online engagement.

Journalists have swarmed friends, family, and anyone possibly linked to the case for possible morsels of background information or even speculation, while online commentators have gone viral dissecting the 22-year-old’s social media posts. The Washington Post noted that during a seven-day period last week, Petito had been mentioned 398 times on Fox News, 346 times on CNN and 100 times on MSNBC.

But the carnivalesque media frenzy has also raised ethical journalistic questions about the disproportionate coverage of the disappearance and death of a missing white woman compared to numerous similar situations that have befallen non-white women that have not received the same type of media scrutiny.

Many political commentators noted that over the past decade, hundreds of Native Americas have gone missing in Wyoming, but none has received the same type of coverage as Petito.

“We kind of just adopted an understanding that if we don’t have blond hair and blue eyes, we aren’t prime-time material,” Lynnette Grey Bull, an advocate for missing and trafficked Native Americans, told The Washington Post in an interview last week.