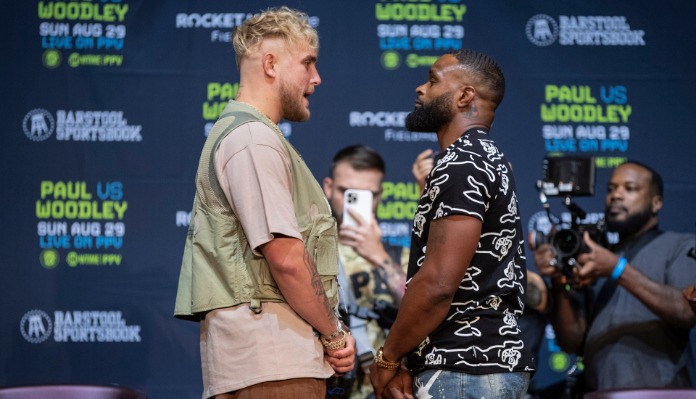 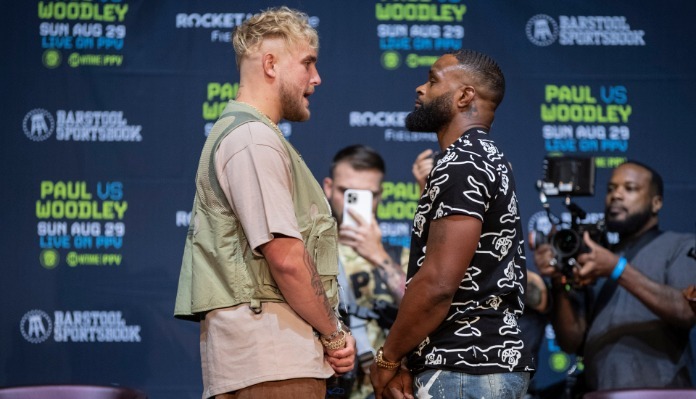 Jake Paul has opened as the betting favorite over Tyron Woodley.

Paul was originally supposed to box Tommy Fury in the main event of the Showtime boxing pay-per-view on December 18 in Tampa, Florida. Unfortnately, on Monday it was revealed Fury was forced out of the fight due to an injury. Shortly thereafter, it was revealed Paul would be rematching Woodley, who took the fight on 12 days’ notice.

Although Paul and Woodley fought at the end of August, which Jake won by split decision, it still is an intriguing matchup. Woodley had rocked the YouTuber turned boxer in their first fight, but other than that, Paul controlled most of the contest. With that, ‘The Problem Child’ is a sizeable favorite as he opened just under -300.

At first glance, the number does seem high as back in August the betting line opened at -150 and closed at -185. However, it appears the public saw enough in the first fight to back Paul once again, this in addition to Woodley taking the rematch on short notice, which should also give the YouTuber an advantage.

After the news broke that he would be rematching Woodley, Paul made it clear he is gunning for the KO win.

“For me, the biggest thing to gain is proving people wrong from last time that thought he won, which is hilarious. Including the judge who made it a split decision. Clearly, he was at some different fight,” Paul said on a zoom media press conference on Monday. “But now I’m going to back that up and go and knock this guy out. It just goes to show when I say anyone, any time, any place, I mean it. Most fighters aren’t like that. For me to take whoever, wherever, whenever this early on in my career doing eight-round fights in my fifth fight, it’s unheard of. People just need to realize how seriously I take this and how a lot of these other professional fighters don’t train as hard as me. They’re not as prepared as me.”

What do you make of the odds for Jake Paul vs. Tyron Woodley?