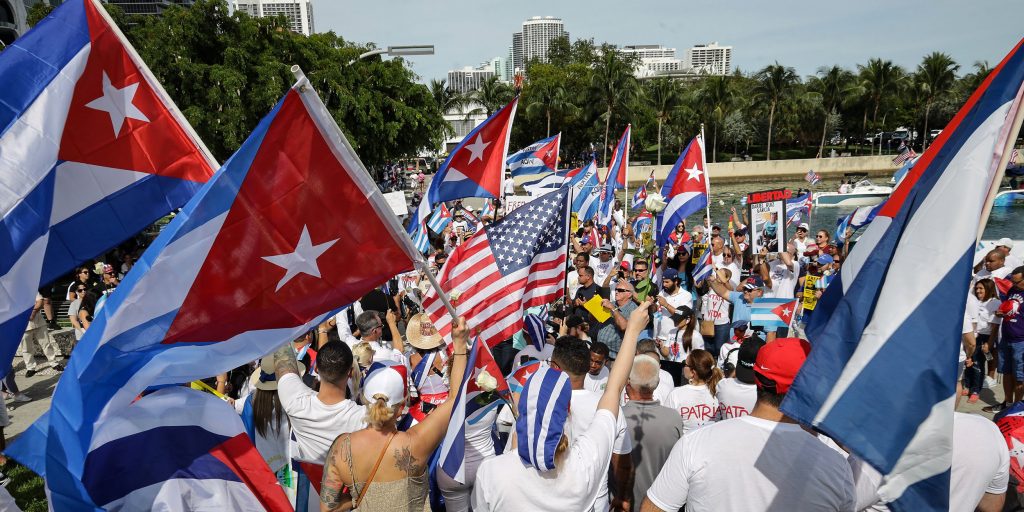 Electoral politics is all about timing, and sometimes that timing can backfire. Such could be the fallout from this week’s announcement from the Biden administration that the U.S. will end Trump-era restrictions on Cuba. Biden’s policies, including more travel, more remittances and more visa processing, mimic those that were praised when former President Barack Obama implemented them. But that day is gone. Only 40 percent of Florida’s Cuban voters were against Obama’s normalization of relations with the Caribbean nation in 2015, but in a 26-point shift, a 2021 poll asking the same question resulted in 66 percent of such respondents saying Biden should not repeat Obama’s normalization push.

Biden’s policies mimic those that were praised when former President Barack Obama implemented them. But that day is gone.

Thus, Biden’s new policy instantly becomes a 2022 midterm election issue, particularly in Florida, which, according to the Pew Research Center, has close to 1 million voters of Cuban descent. As a result, Democrats hoping they can win in Florida in 2022 after they lost in 2016, 2018 and 2020 will have to concede that their win won’t come via the Cuban vote.

As his numerous tweets in English and Spanish over the last few days indicate, Rubio is smart enough to exploit Biden’s announced Cuba policy shift. To him and other hard-liners, Cuba is a dictatorship that abuses human rights and political freedoms. They have no real position after that. Even though the Biden White House would agree with some of Rubio’s positions, it’s more politically convenient for him to accuse the Democrats of being communists, as he did when he tweeted that “¡Adelante!” a new campaign by the Democratic National Committee encouraging Latino voters to turn out for the midterms, reminded him of communist propaganda.

Though it’s a lost cause for Democrats trying to win the votes of those with connections to Cuba or even Venezuela, from which the U.S. also lifted some sanctions this week, every Latino I know who is not Cuban knows that when it comes to Latinos and national politics, Cubans take up way too much oxygen in the room. In other words, there could be an opportunity for Democrats to focus on other Latino groups: Florida’s Puerto Rican community, for example, which has just as many voters as its Cuban community.

The Biden administration could deliver some radical policy changes — such as ending a fiscal control board on the island or giving Puerto Ricans the right to equal benefits — that could easily energize that specific part of the Florida electorate. There’s already proof of such potential. In 2020, Biden made a poor showing with Latinos in counties like Miami-Dade, where the Cuban community is dominant, but he did extremely well in Central Florida, where the vast majority of Puerto Rican voters live.

Still, the problem remains that Cuban voters in Florida are highly active voters. Their political power has been influential, while Florida’s Puerto Rican voters are still trying to figure out how much power they have.

The National Association of Latino Elected and Appointed Officials estimates a record turnout of Latino voters for the Florida midterms, but if reports and polls denoting a lack of enthusiasm for Democrats is any indication, the Democrats haven’t done the work they should have done to get ready for November.

What Biden announced this week is what the U.S. should have done decades ago; even so, Democrats will never be able to shake their Cuba problem. At one point in this long history between the two nations, it looked like the U.S. would be moving more toward a more permanent opening up of relations, but that is no longer the case. The ghost of Fidel Castro still haunts American electoral politics, and it’s time for Democrats to realize that they’ll never win Florida with the Cuban voter. If they win it, they’ll have to win with someone else.

Julio Ricardo Varela is the founder of Latino Rebels, a co-host of the “In The Thick” political podcast and interim co-executive director of Futuro Media.