It Took a Week, But Biden Finally Got Afghanistan Right 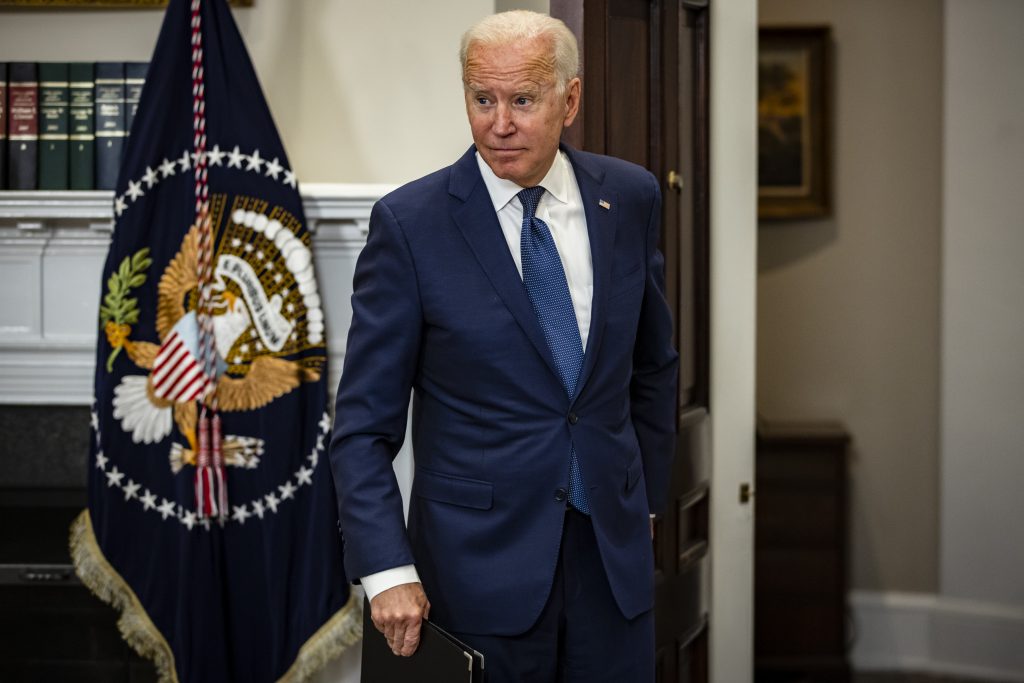 Practice, alas, makes perfect. It took an agonizing, heartrending week, but Joe Biden finally hit the right tone and seemingly the right strategy for handling the retreat from Kabul.

The president’s Sunday afternoon remarks hinted at a welcome expansion of the rescue efforts by “moving back the perimeter” around the Kabul airport. Biden also moved away from his initial hyperdefensiveness about his decision to abandon the 20-year war to reach into his bottomless bag of empathy. “It’s heartbreaking,” he said. “We’re all seeing. We see it and we feel it. You can’t look at it and not feel it.”

Visible behind Biden as he spoke to the nation from the Roosevelt Room at the White House were the collected public papers of every president from John Kennedy to Barack Obama. Just seeing the presidential names embossed on the spines of the books brought to mind six decades of foreign policy debacles—the Bay of Pigs, Vietnam, the Iranian hostage crisis, the embassy and Marine barracks bombings in Lebanon, Iraq, and now Afghanistan.

Sixty years of American hubris certainly justifies Biden’s decision to abandon Afghanistan. But while the overall decision was more than justified, the initial implementation by the Biden administration was maladroit at best. Alluding to this failure, Biden insisted (not entirely convincingly), “Let me be clear. The evacuation of thousands of people from Kabul is going to be hard and painful no matter when it started, when it began…. There is no way to evacuate this many people without pain and loss and heartbreaking images.”

At the end of the worst week of the Biden presidency, many Democrats are trying to convince themselves that there is something inherently unfair about the torrent of criticism. Yes, the cable TV networks and the newspaper op-ed pages are filled with stay-the-course bluster from the architects of every failed American military adventure in this century. And, of course, much of the original responsibility for the current debacle rests with the arbitrary timetable for the withdrawal set by the prior administration. Even Liz Cheney, displaying her GOP hawkish plumage on Meet the Press on Sunday, called it “indefensible” that Donald Trump and Secretary of State Mike Pompeo decided to “sign a surrender agreement with the Taliban.”

But none of these excuses diminish the Biden team’s complicity in turning the Afghan withdrawal into a reprise of Saigon in 1975. Obviously, there is much about the behind-the-scenes maneuvering that is still shrouded in secrecy. But it is revealing that Biden, during his Friday press conference on Afghanistan, said about the fall of Kabul, “I took the consensus opinion. The consensus opinion was that, in fact, it would not occur, if it occurred, until later in the year.”

Ah, the dread consensus forecast where the intelligence community blurs off the rough edges of their predictions and develops a product appealing to policymakers.

The roots of the consensus may have been the military believing its own happy talk about the resolve of the Afghan army. There was also a diplomatic misjudgment about the character of former Afghan President Ashraf Ghani. Certainly, someone should have reached the bleak conclusion that he was a feckless leader who would flee the country at the first opportunity.

This was not a failure of messaging, but a failure of judgment and skepticism. And the victims are thousands of Afghans who worked for the United States and now cannot find a way out of the country as they face a militarized theocracy. Presumably, no American will be left behind in Afghanistan when the U.S. troops finally leave the Kabul airport. But the suffering among the Afghans who trusted us—including women who finally dared nurture bold dreams—will leave a hole in our hearts and our ragged sense of national honor.

A New York Times reconstruction of the endgame in Kabul highlighted the bureaucratic sluggishness of the State Department in processing visa applications for endangered Afghans. According to the Times, the department had issued only a paltry 5,600 special visas by the end of July. That, embarrassingly enough, represented a State Department record for visa processing over three months.

The laborious vetting that the visa program required reflected an obvious political reality: The worst outcome would not be to leave thousands of vulnerable Afghans behind to face the tender mercies of the Taliban. No, the worst political outcome would be if a single Afghan with nebulous terrorist ties were airlifted out of the country. Since the 9/11 attacks, humanitarian considerations matter far less with politics of visas than does the political fallout from a single accusation of coddling terrorists. Yet in mid-July, as The Wall Street Journal reported, 23 embassy staffers in Afghanistan wrote to Secretary of State Antony Blinken to plead for a sense of urgency in the visa process because they believed the fall of Kabul was imminent.

Judging from the results of this awful August, the Biden team seems prone to premature victory laps. A Washington Post analysis of the White House’s slow-footed response to the chilling upsurge in Covid-19 cases in July began with the president’s plan for a Fourth of July celebration at the White House. Belated nervousness about the delta variant caused the Biden team to tone down some of the triumphalism in the president’s prepared remarks. But Biden still said, “We’ve gained the upper hand against this virus. We can live our lives, our kids can go back to school, our economy is roaring back.”

Alas, that hasn’t been entirely true, even though some of the blame rests with recalcitrant, science-denying GOP governors like Ron DeSantis in Florida and Greg Abbott in Texas.

We don’t know what the Biden team had initially planned for the twentieth anniversary commemoration of September 11. But it is revealing that Biden’s original target date for the final withdrawal of U.S. forces from Afghanistan was September 11—a date clearly designed as a “mission accomplished” coda to the public reflections on that day.

Every White House staff works overtime to put the president in the best possible public light. But, as with Covid, the Biden team’s desire for dramatic manifestations of success has fostered a culture of wishful thinking that has inadvertently undermined Biden’s prior image of competence.

The presidential volumes behind Biden on Sunday served as a reminder that voters do not judge presidents based solely on a wrenching week or month. The October 23, 1983, Lebanon barracks bombing that killed 241 U.S. Marines and sailors was just a year before a triumphant, Morning-in-America Ronald Reagan carried 49 states. For all the folly of the Iraq War, George W. Bush was reelected in 2004.

A successful extraction of the remaining Americans and tens of thousands of vulnerable Afghans would go a long way toward salvaging Biden’s reputation as commander in chief. Equally important, learning from the intelligence failures over the last few months may protect the administration from future misjudgments based on misplaced hope rather than gimlet-eyed realism. As Biden himself is keenly aware, our final days of clinging to the airport in Kabul will be fraught with risks and wrenching decisions. But Sunday afternoon—as Biden alluded to expanded military operations—brought with it the first glimmers of hope at the end of our ill-conceived Afghan adventure.