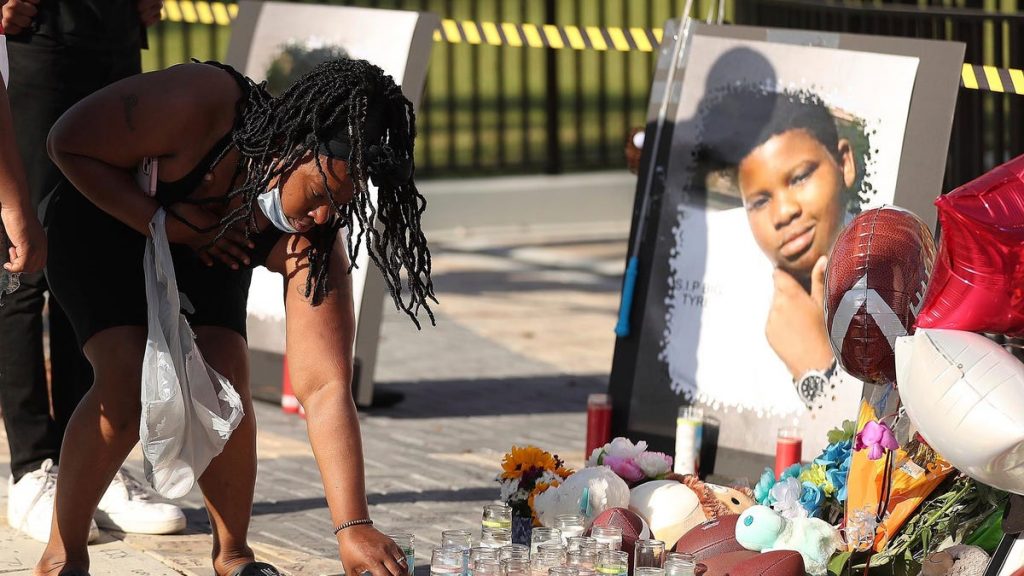 Thrill rides aren’t always designed with the safety of all guests in mind, a sobering reality brought to national attention again by a fatal thrill ride accident in Florida.

In that case, the ride wasn’t designed for someone like Tyre Sampson, a heavy-set person, according to an accident report and lawsuit by Sampson’s family.

The ride’s manual lists the maximum passenger weight as about 287 pounds. But 14-year-old Tyre stood at about 6 feet, 2 inches and weighed about 380 pounds, according to the lawsuit which claims the defendants had a duty to warn customers including Tyre of the restrictions.

Although the ride’s manual directed employees to ensure larger guests fit properly within the safety harness, Tyre’s seat had been unsafely modified to fit larger passengers, according to a lawsuit filed by his family Monday.

Tyre fell to his death from a seat on the Orlando FreeFall ride at ICON Park last month.

The incident has served as a stark reminder of the fears faced by customers who get on rides that weren’t designed for all body types. It also highlights the need for parks and operators to have robust safety measures and for ride manufacturers to design rides that are inclusive for riders of all sizes, according to experts and advocates who spoke with USA TODAY.

PREVIOUSLY: The ‘walk of shame’ some theme park visitors dread

“You expect that there are codes and regulations in place that would prevent something like this from happening,” Annette Richmond, creator of Fat Girls Traveling on Instagram and Facebook.

Although such accidents are rare, a number of issues have marred the amusement park industry’s attempts to accommodate all riders, experts say.

Plus-size theme park enthusiasts say parks often make it difficult and embarrassing for them to figure out if they will safely and comfortably fit in a ride. And even when they do, they fear the ride could malfunction if it was designed for a smaller rider.

Since 2018, there have been 15 deaths associated with amusement attractions, including Tyre’s and three associated with home inflatable structures, according to data from the U.S. Consumer Product Safety Commission.

A handful of deaths have been blamed in part on safety restraints that were not properly secured due to the riders’ size, including Stanley J. Mordarsky who died after an accident at a Six Flags park in 2004 and Lori Mason-Larez who fell to her death from a ride at Knott’s Berry Farm in 2001.

“That is my constant fear,” said Dan Becker, known as Disney Dan on YouTube and across social media. “I’m thinking to myself, ‘well, there is a chance that all of this could fail because this ride was not designed for a person my size. Regularly, regularly I think that.”

Rides often have minimum heights clearly listed, but that is often where the objective safety requirements stop — meaning it is often up to theme park workers to determine who can safely ride, frequent theme park goers told USA TODAY.

Some parks do have specific size restrictions, although Becker says that information can often be difficult to find.

But ultimately the fit of the restraint, not an individual’s weight, is typically what determines whether someone can board a ride, Kathryn Woodcock, a professor at Toronto Metropolitan University who researchers human factors of amusement rides and attractions. Those restraints can range from loose-fitting lap bars to tightly-secured over-the-shoulder harnesses.

Becker, who said he is 6 feet 2 inches and about 80 pounds over the weight limit for most rides at a park like Universal Studios, said in his experience, the decisions of park employees aren’t always consistent.

On one trip to the Wizarding World of Harry Potter at Universal Orlando, Becker was turned away from riding every attraction after he waited in line — but his friends got on all of them.

On a subsequent trip he was turned away again from Hagrid’s Magical Creatures Motorbike Adventure. But on his third attempt, a team member who was his size showed him how to position himself safely.

Because there are no federal regulations for permanent park rides, the amount of training employees get including on weight restrictions is “all over the map,” according to Brian Avery, a lecturer in the tourism, hospitality and event management department at the University of Florida.

One common solution some parks have used: sample seats placed outside of line queues so riders can see if they will be comfortably secured in the restraints. Amusement park safety experts suggested parks could also use scales to help riders determine whether they can safely ride.

But Becker said having to test out a demo seat or step on a scale once you’ve arrived at the park “always feels terrible and weird.”

The overall experience means that plus size travelers can sometimes have stressful and embarrassing experiences at theme parks.

On some rides, having multiple seat sizes has become a way to help more guests ride safely.

“You’re seeing some manufacturers and operators have varying seat sizes on their device to accommodate different sizes of the population and/or having different harnesses or secondary failsafe for safety systems,” Avery said. “We know that the riding population is getting bigger. We have an obligation to accommodate them.”

Becker pointed out that Universal Orlando Resort has added modified seats on some of its rides to accommodate larger guests. Both Becker and Richmond said more parks should do the same and be more transparent about potential size restrictions.

Experts say these changes generally require rigorous testing and analysis and can be expensive. Injuries can follow if the upgrades are not done safely — As was the case in the ICON Park tragedy, according to the accident report and lawsuit.

Richmond said Sampson and the millions of other people who visit amusement parks each year should be able to trust the rides have been tested and are safe for them. She was frustrated and triggered by news reports on Tyre’s death that suggested the ride malfunctioned simply because of his weight, which she said shows “just how prevalent fatphobia is.”

“The most frustrating and hurtful thing is — as another fat person that already feels excluded by the amusement park industry — when a tragedy does happen and the person just so happens to be fat it’s going to be blamed on that person’s fatness,” she said.

‘IT’S LIKE YOU’RE CLIMBING THE GALLOWS’: The ‘walk of shame’ some theme park visitors dread