Is it time to end standardized testing in high schools? 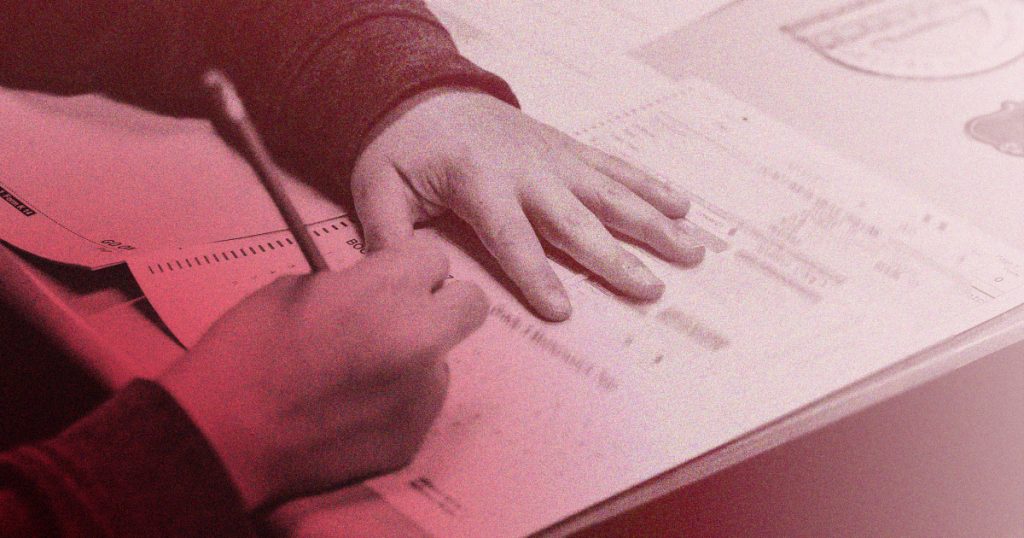 The pandemic forced many states to cancel standardized tests and now some people want to see them gone forever.

Gabriel Tacasan, 17, was happy not to take standardized tests this year.

The senior at Newton High School in the Queens borough of New York City didn’t have to take the usually mandatory exams because of the pandemic.

“For me, I’m not a really good test person,” he said. Not having to take the tests for the 2022-21 school year was a relief and made him rethink the tests’ purpose.

Tacasan is not alone in questioning the efficacy of standardized tests. In September, Florida Gov. Ron DeSantis announced a bill to eliminate the Florida Standards Assessment, saying at a press conference that “you can’t be wedded to the old way of doing things.”

Instead of the one test that determines whether students move to the next grade or graduate, the governor wants to implement “progress monitoring” throughout the year.

The common type of year-end tests many states have now are “not always representing and really capturing all of our students’ abilities,” said Daniela Montalto, clinical director of the NYU Child Psychology Center. The tests, she said, have been shown to disadvantage poor and minority students.

“Shifting off and using something as an alternative could be a very positive gain,” she said. “They also cause a lot of stress and anxiety in students, in families and in districts.”

Montalto said the pandemic has changed the way people ought to look at test scores.

“It’s hard right now to really determine what these test scores are showing,” she said, “There has been such variability in education in the past year.”

The question to ask now, she said, is: Do test scores currently represent a student’s ability or do they represent the student’s loss?

“To take it away completely off the board and not have an idea where someone might be could set a tone … of ‘We don’t have confidence in you to reach this mark even though it’s been a difficult year,’” Sarah Katrina, a parent and founder of the tutoring agency Kids on the Yard, said of the total elimination of year-end testing.

Katrina, of Los Angeles, says testing can be the only way for a parent to really glean what a child has learned in school.

Richard Zhao, 17, a senior at Brooklyn Technical High School, thinks there is a middle ground to be found.

“I feel like it is a good marker but it should definitely be revamped in a way,” he said. “There should be less weight put upon it. It shouldn’t be a sole determiner in how successful you are academically and in school.

“So many outside factors do have an influence on how well you do on an exam.”

Rehema Ellis is an award-winning correspondent for NBC News.

Ben Kesslen is a reporter for NBC News.