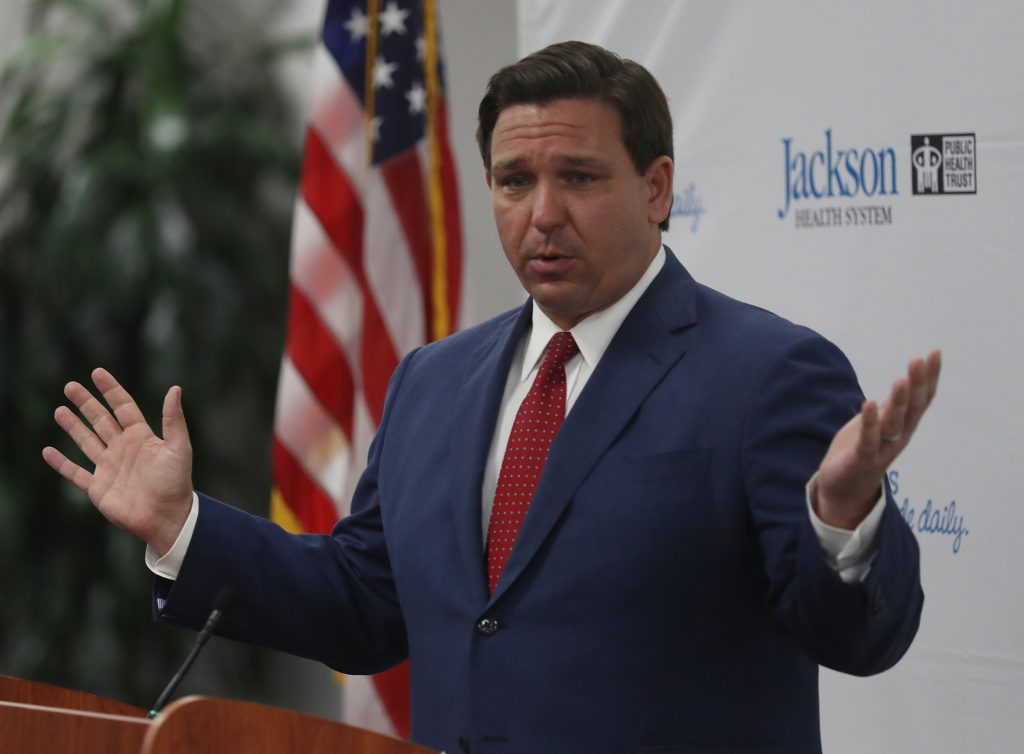 After two districts voted to enact mask mandates in early August, Corcoran began investigations into Alachua County Public Schools and Broward County Public Schools. On Tuesday, he released two memorandums sent to the State Board of Education in which he says it should use its “enforcement powers” against the two offending districts, saying he found “probable cause” that Alachua County and Broward County Schools “acted contrary to the law.”

“Every school board member and every school superintendent have a duty to comply with the law, whether they agree with it or not,” the memos say.

The memorandums argue that these districts are breaking two recent state laws, as both DeSantis’ July 30 executive order and the recently passed Parents’ Bill of Rights make enacting mask mandates in schools illegal.

The bill of rights, which DeSantis signed into law on June 29, says parents and legal guardians have the right to “direct the upbringing, education, health care, and mental health” of their child, which lawmakers and others have argued includes mask wearing.

DeSantis’ office released a statement on August 9 saying schools in violation of the mask mandate ban enacted by his executive order could face monetary sanctions. Specifically, the statement said that “the State Board of Education could move to withhold the salary of the district superintendent or school board members, as a narrowly tailored means to address the decision-makers who led to the violation of law.”

After the Alachua County and Broward County districts announced they would stick to their mask mandates, Corcoran sent them a letter promising an investigation and threatening sanctions.

Broward County’s school board members voted 8-1 to keep the mask mandate despite DeSantis’ order. After they received the letter from Corcoran, the board sent a letter back citing a dangerous increase in coronavirus cases and updated Centers for Disease Control and Prevention guidance as reasons for maintaining their mandate. The district did, however, promise to “fully cooperate in [the] referenced investigation.”

The board asked that Corcoran “seriously consider the appropriateness of withholding funds, recognizing this would represent a reduction to the General Fund allocation and may impact services to students.”

One way Florida schools can get around the statewide ban on mask mandates is to allow an easy parental opt-out that does not require a specific reason or medical condition besides parental preference. Some school districts, such as Duval County Public Schools, have found that they are avoiding investigation by offering easy paperwork for an opt-out option.

Newsweek reached out to the commissioner’s office for comment but did not hear back before publication.