Invasive Burmese pythons are slithering their way up Florida, expanding their territory in the state and wreaking havoc on native species 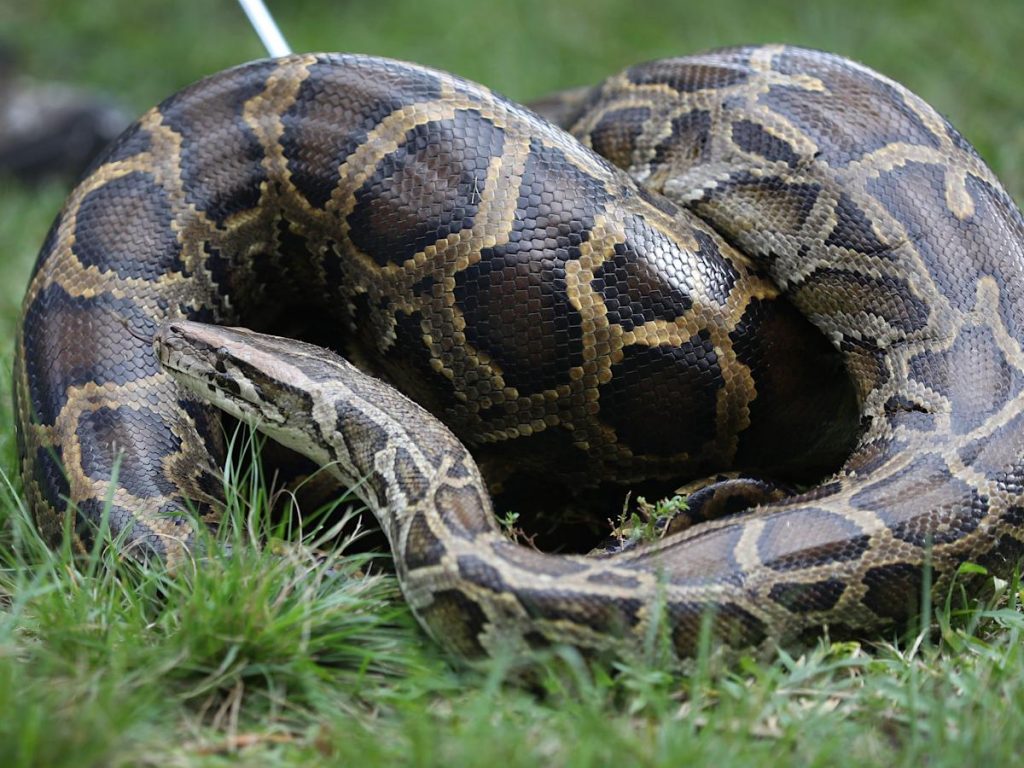 Burmese pythons are making their way further north in Florida according to recent sightings in Palm Beach County.

The pythons are invasive in Florida, where they have flourished in the Southern part of the state, including Everglades National Park, and taken a heavy toll on natural ecosystems.

Now multiple sightings of the giant snakes have been reported in Arthur R. Marshall Loxahatchee National Wildlife Refuge, the most northern part of the historic everglades wetland area, The Palm Beach Post reported this week.

“We have finally, unhappily, sighted a Burmese python in the interior of the refuge,” Frank Mazzotti, a wildlife professor at the University of Florida, told the Post.

Officials of the South Florida Water Management District are now strategizing how to contain the threat of pythons expanding further in the area, according to the Post, but efforts to contain the snakes elsewhere in the state have not been entirely successful.

The first reports of pythons in the wild in Florida were in the 1980s. Biologists believe the python population in South Florida was established after pet owners became tired of caring for the giant snakes and released them into the wild.

Since then, the snakes have overrun the region, preying on small mammals and competing with other native species for food. They have no natural predators in the region to help control their numbers.

A study published in 2012 linked sharp declines in multiple native species to the snakes. The researchers found populations of raccoons, opossums, and bobcats had dropped 99.3, 98.9, and 87.5 percent respectively since 1997. Other species like marsh rabbits, cottontail rabbits, and foxes “effectively disappeared.”

The study found the timing and geographic patterns of the population declines coincided with the rise and spread of the pythons.

In an effort to control the python populations, it’s legal to hunt for pythons on private land at any time with the landowner’s permission, no permit required, and the Florida Fish and Wildlife Conservation Commission encourages people to do so.

There are also some state and local python removal programs, including free training for anyone who wants to learn how to hunt pythons, as well as a paid team of python hunters that people can apply to join.

Have a news tip? Contact this reporter at kvlamis@insider.com.

Read the original article on Insider