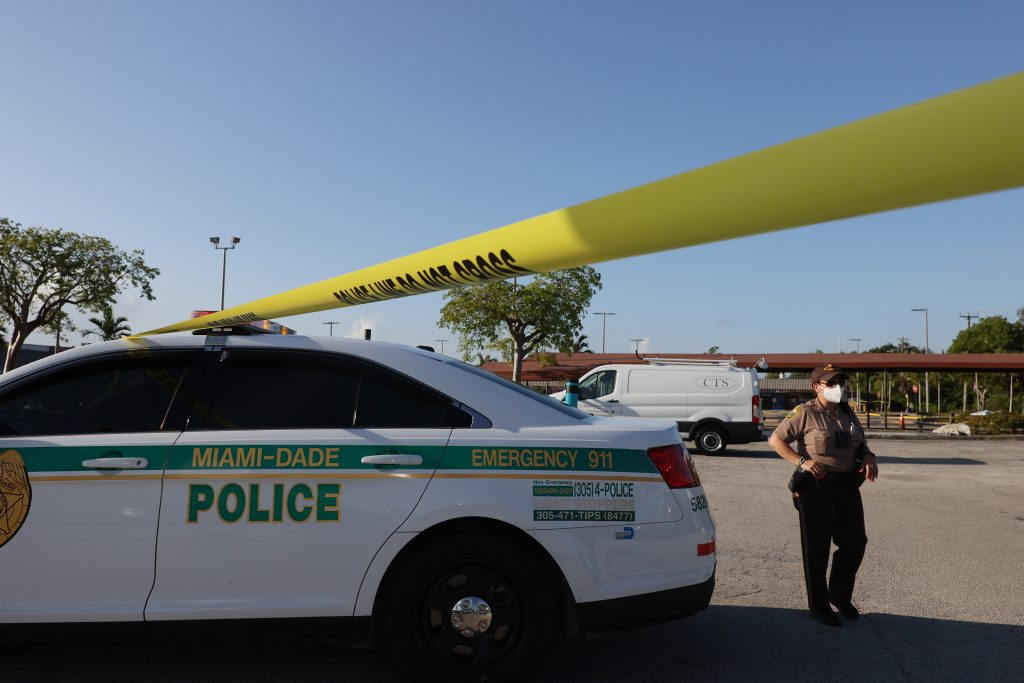 A mother in Florida has been arrested after her 7-month-old baby drowned in a bathtub while she left the bathroom to get her nails done, police said.

The woman, Alyssa Carolyn Jimmie, 22, was charged with aggravated manslaughter of a child under 18, according to Florida inmate records.

On May 20, Jimmi allegedly left her baby son in a bathtub with her other 3-year-old son with the water running and went to get her nails groomed at a manicure station, which was in a garage, NBC 6 South Florida reported, citing an affidavit from the Miami-Dade Police Department.

According to the police affidavit, Jimmi said she was comfortable leaving her children in the tub because a drain plug was missing. But five to 10 minutes later, she returned and found that the drain had been clogged with a towel, the tub was full and that the baby was unconscious, police said, according to the news station.

Police said that Jimmie began administering CPR on the child and she went to a neighbor who dialed 911 because her phone wasn’t working.

At a hospital, the baby’s heartbeat was brought back, but he died three days later, according to NBC 6 South Florida. A medical examiner determined the baby’s cause of death was drowning.

In the affidavit, police said Jimmie’s “negligence resulted in the untimely death of ‘the victim,'” the news station reported.

Newsweek has reached out to the Miami-Dade Police Department and an attorney representing Jimmie for comment.

In a separate incident in Indiana in March, authorities said a woman was charged with felony neglect after her baby son died from the straps being too tight on his car seat. The mother allegedly told a local news station she never adjusted the straps on the seat because she didn’t know how to do it.

Last month, a father was charged in connection with the death of his 6-year-old son after the boy’s 8-year-old brother accidentally shot him, police said. The children were in a bedroom when the 8-year-old found his father’s weapon and fired it, according to police.

In January, a mother in Texas was charged with child endangerment after putting her 13-year-old son in the trunk of a car because he had COVID-19, police said. In a statement to a news station, the Cypress-Fairbanks school district in Houston, where the mother was a teacher, said that police were “alerted that a child was in the trunk of a car at a drive-thru COVID-19 testing site earlier this week.”

“Law enforcement conducted a full investigation, resulting in a warrant for arrest,” the district stated.