In wake of Hurricane Ian, O’s Minor Leaguer gives back in Florida 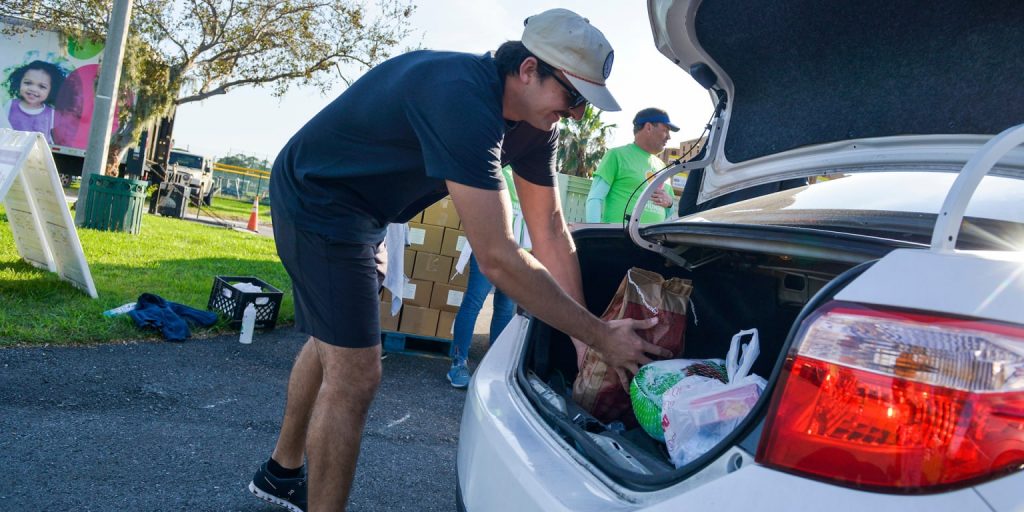 Throughout his life, Kyle Brnovich had heard about people coming together in times of need, such as following a natural disaster. But the 25-year-old had never experienced it firsthand.

That changed for the Orioles’ Minor League right-hander over the past two months.

Brnovich, who lives in Englewood, Fla., has been helping his town and the surrounding communities rebuild following the destruction caused by Hurricane Ian, which made landfall as a Category 4 hurricane in Florida in late September.

There was a lot of work to do. So Brnovich — who has many family members also living throughout southwest Florida — got right to it.

“It was just one of those things where you don’t even ask questions,” Brnovich said. “It’s just like, ‘What can I do? When can I do it? How fast can we get through this so we can help somebody else?’”

Brnovich’s older brother, Tyler, was living in California at the time of the hurricane and spread the word through Facebook that Brnovich was available to help. He partnered with non-profit organizations to conduct wellness checks on people who hadn’t reported themselves as safe following the storm, cleaned up debris throughout the area and began distributing goods.

The Orioles, whose team facilities and Spring Training complex are in Sarasota, got involved, too. Longtime Minor League equipment manager Jake Parker and team staff helped compile cases of water, gas tanks, ice and other supplies. Brnovich frequently drove up from Englewood to gather everything and then give it out to people in need.

“A lot of times, these organizations will talk a big game about helping out and stuff, and to actually see my own organization care for my community, my teammates’ community, all these other places, was really cool,” Brnovich said. “I’m definitely grateful and appreciative for all the help they did as far as helping me give out and help people in my town and the surrounding areas.”

It’s been nearly two months since Hurricane Ian’s landfall, but the relief efforts haven’t slowed as Florida continues to recover. In fact, Brnovich and the O’s have been just as involved of late.

Last Thursday, the Orioles’ annual “ThankFull” Thanksgiving turkey distribution event took place at Ed Smith Stadium in Sarasota. The team again partnered with All Faiths Food Bank to help out more than 2,000 families in need by supplying them with food for the upcoming holiday. This year it was especially beneficial, given the condition of the area of late.

“We feel so privileged to have this opportunity,” Grondahl said. “This has been a challenging year for a lot of families, and knowing that we can make a small contribution with our time and with the support that we provide to All Faiths Food Bank, it’s everything to our team. It’s part of who we are organizationally, it’s part of our fabric to give back to the community and it’s just something we look forward to every year. I really honestly can’t wait to be back down here for it.”

“The feedback you get from those people when you see them smile and light up and just how appreciative they are, that’s everything, you know?” Brnovich added.

The turkey drive isn’t the only occasion for which the Orioles and All Faiths Food Bank come together. The club partners with the relief organization throughout the year for various events. Grondahl said several initiatives have already been scheduled for 2023, including Spring Training collections, food distributions at the ballpark on non-game days and more.

They’re all examples of the southwest Florida communities helping those in need. And it’s that feeling of togetherness that has made a challenging fall a rewarding time for Brnovich.

“All of a sudden you have neighbors like you’ve never seen in your life and you’re like, ‘Oh hey, how are you?’ That was pretty neat,” Brnovich said. “At the end of the day, I think everybody’s getting through it and coming along, and we’re all doing the best we can.”