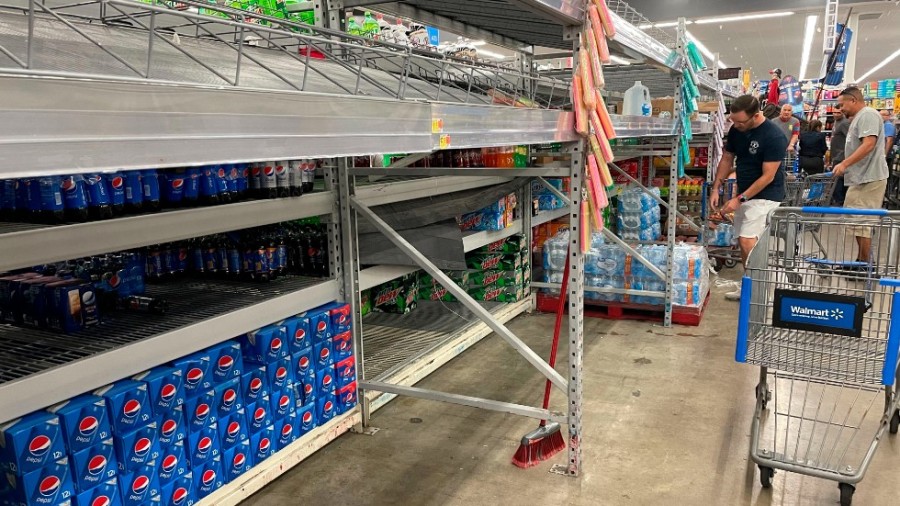 Tropical Storm Ian has strengthened into a hurricane as it prepares to hit Cuba and Florida early this week.

The National Hurricane Center said in a Monday morning advisory that Ian was forecast to be at major hurricane strength within hours, bringing heavy rainfall and flooding to Jamaica and western Cuba before making landfall on the west coast of Florida.

“Life-threatening storm surge and hurricane-force winds are expected in portions of western Cuba beginning late today, and Ian is forecast to be at major hurricane strength when it is near western Cuba,” the advisory states. “Efforts to protect life and property should be rushed to completion.”

The hurricane is forecast to continue traveling north within the Gulf of Mexico before making landfall in Florida later this week.

“Regardless of Ian’s exact track and intensity, there is a risk of a life-threatening storm surge, hurricane-force winds and heavy rainfall along the west coast of Florida and the Florida Panhandle by the middle of this week,” the advisory says.

The National Weather Service issued hurricane watches and warnings for areas along the Florida coast, including Sarasota and Tampa.

Forecasters suggest Ian will eventually make its way north, crossing into Georgia as a tropical storm at the start of the weekend.

Florida Gov. Ron DeSantis (R) declared a state of emergency in all of Florida’s counties in advance of the storm, telling residents to anticipate power outages and fuel disruptions.

“The impacts will be broad throughout the state of Florida,” DeSantis said, adding that evacuation orders could come in some areas.

President Biden on Saturday declared an emergency in the state, freeing up federal resources to respond to the hurricane.